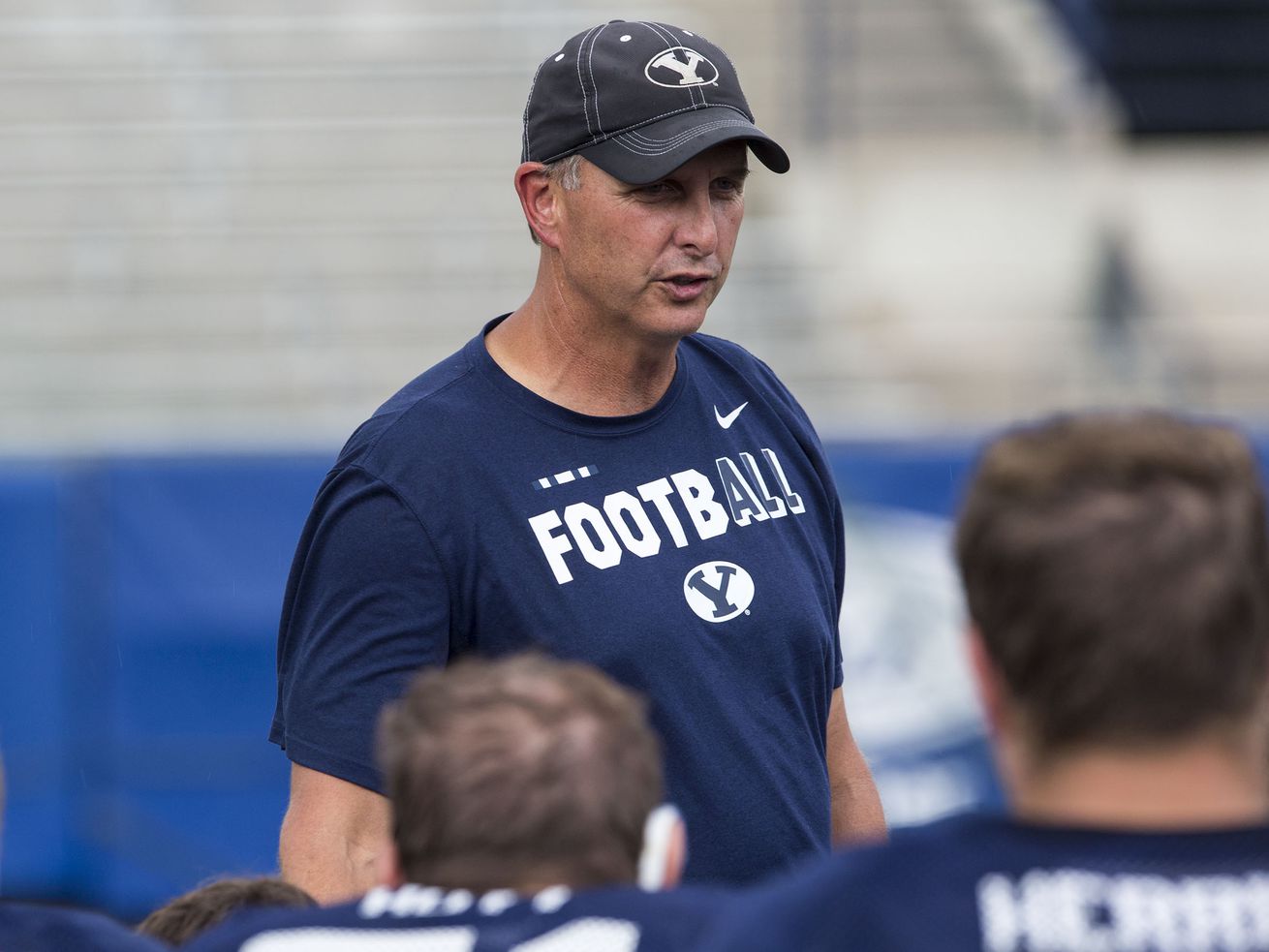 Former BYU Heisman Trophy winner Ty Detmer is back in the coaching business.

The Arizona Republic reported Monday that Detmer will take over as head coach of the American Leadership-Queen Creek team in Arizona. Detmer last coached on the Cougars’ staff, serving as the program’s offensive coordinator for two years before being fired following BYU’s season finale in 2017.

There will be another familiar face on Detmer’s coaching staff, as he will retain another former BYU quarterback, Max Hall, as the team’s offensive coordinator, the Republic reported.

“The whole thing was appealing with the team coming back,” Detmer told the Republic’s Richard Obert. “It’s a natural fit for me to jump in and Max still running the offense with my collaboration.”

Detmer has been serving as a district athletic director to three schools in the eastern Phoenix metropolitan area, per the report, and will be a head coach at the high school level for the second time. Prior to his time as BYU’s offensive coordinator, he was head coach at St. Andrew’s Episcopal, a private school in Austin, Texas.

Detmer said part of his decision to replace Rich Edwards at American Leadership-Queen Creek, which won a state title two years ago, is to help mold young men, like his father Sonny did. Sonny Detmer, who died in September, was a high school coach in Texas for 50 years.

“I’ve been around the program for a year. When I heard Rich was stepping down, our executive team approached me about moving into the post,” Ty Detmer told the Republic. “I thought it would be a great opportunity to get to teach the boys more. This will be more hands on for me with the kids. I missed that competition time.”