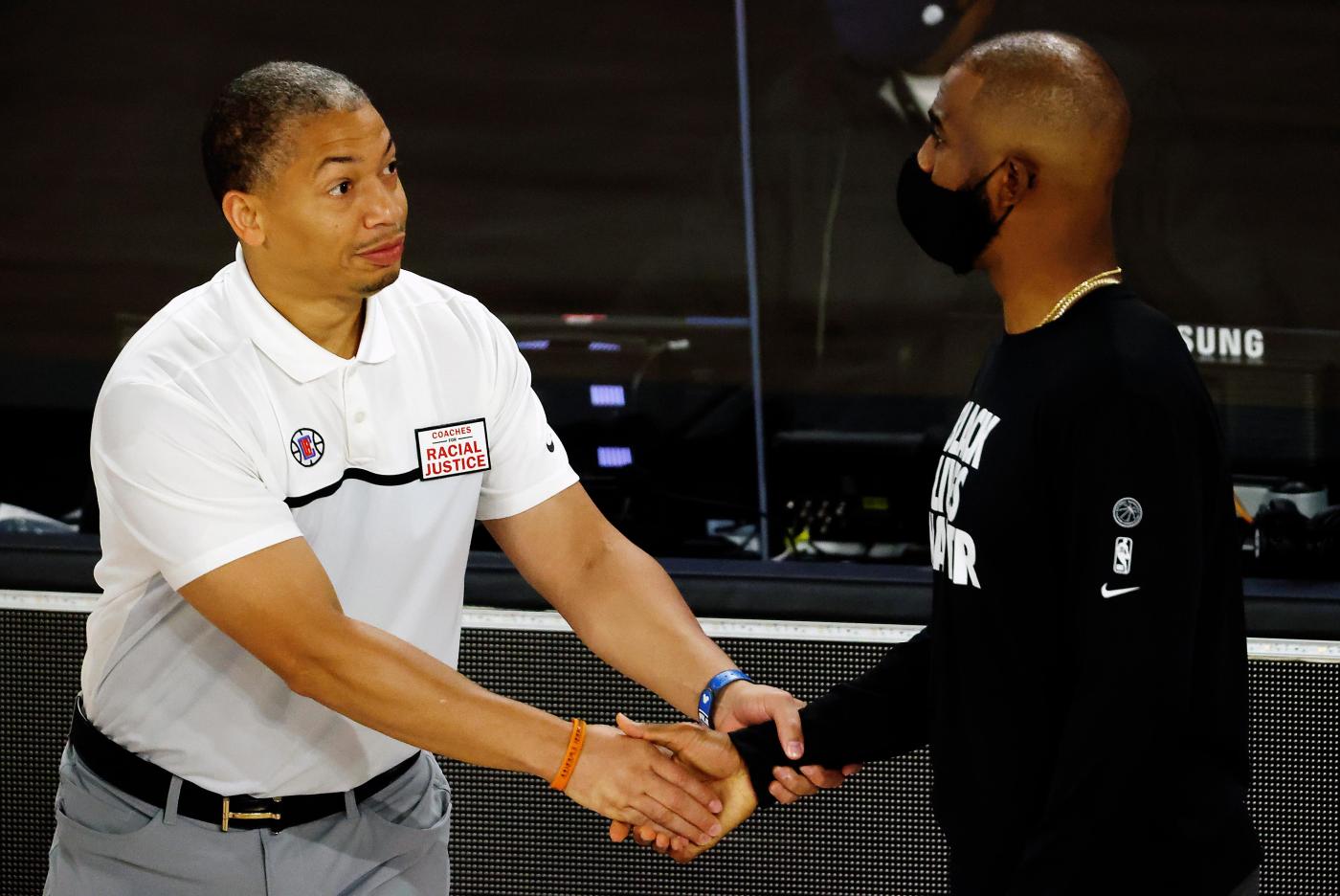 A person with knowledge of the situation says Tyronn Lue has agreed to become the next coach of the Los Angeles Clippers.

Final terms were still being worked on, said the person who spoke to The Associated Press Thursday on condition of anonymity because no contract had been signed.

Lue will replace Doc Rivers, who had coached the Clippers for the last seven seasons. Lue was on Rivers’ staff this season when the Clippers wasted a 3-1 lead over Denver and lost in the Western Conference semifinals.

ESPN first reported the agreement between Lue and the Clippers, saying it was a five-year deal.

Nuggets 2020-21 championship odds: Denver has quite a few teams in front of them to win the NBA Finals

Kiszla: Why the Avs are frugal in Cup quest, Von Miller might be done with Broncos and Nolan Arenado could be stuck in bad Rockies marriage

Lakers didn’t like calls, but NBA says they were right ones

Lue went 128-83 in parts of four seasons as coach of the Cleveland Cavaliers, taking over at the midpoint of the 2015-16 season and leading them to their first NBA title. He left the Cavs after six games of the 2018-19 season.

That 2016 title team had LeBron James — who just led the Los Angeles Lakers to the 2020 NBA title.

Ferguson: Limited in play, Tiger returns to a course he ruled

Lue also was a candidate for other jobs this offseason, including in Houston and New Orleans.

The Clippers — in the first season of Kawhi Leonard and Paul George playing together — went 49-23 this regular season, the fourth-best record in franchise history.