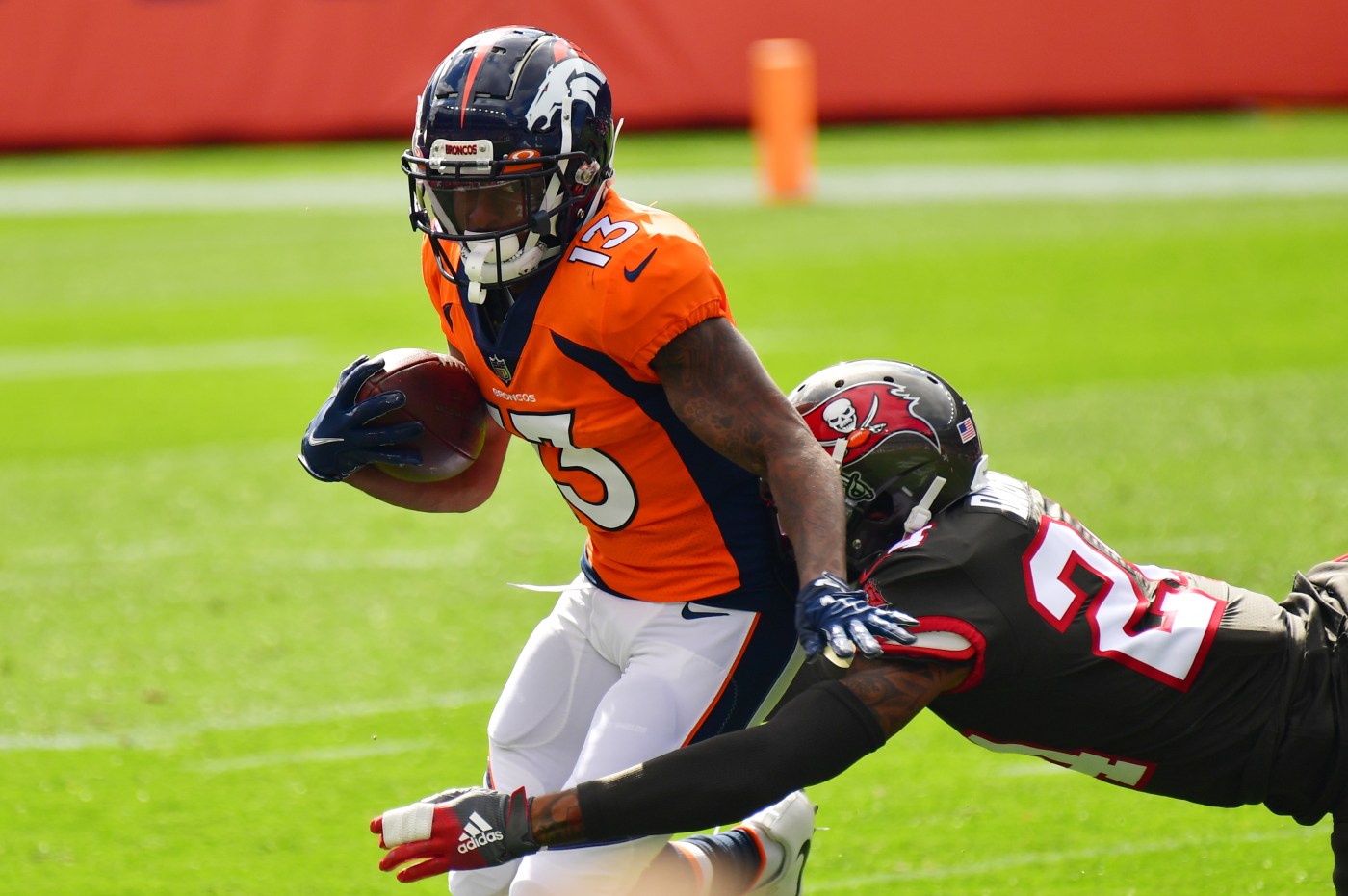 Being undersized has never bothered KJ Hamler. If anything, the speedy wideout’s thrived on it.

Rewind to a dozen years ago in the suburbs of Detroit, and the fifth-grader was already flashing the football intuition he later displayed at Penn State and now as a rookie in Denver. Training against a player who was six years older and would go on to become a local prep star, Dennis Norfleet, Hamler’s indomitable “will to not lose” emerged.

“Dennis was playing wideout, and KJ went out there and checked him,” recalled Reggie Wynns, Hamler’s longtime coach and mentor. “He jammed Dennis, and initially I was like, ‘Oh my god,’ but Dennis was so fast and so much bigger that he kind of ran KJ over. KJ gets up, he’s crying, he’s mad, he’s snotting… But he gets back out there, keeps checking Dennis, up in his grill, competing hard.

“Then KJ gets real mad, and he calls Dennis out, says, ‘You check me now.’ KJ runs a route, catches the ball, makes a move and sprints to the end zone. I was like, ‘Aww, this kid’s got something special. He’s gonna be special.’”

That’s exactly what the Broncos are hoping for after choosing Hamler at No. 46 overall in April’s NFL draft. The pick was meant to provide quarterback Drew Lock with another complementary weapon following the selection of Alabama’s Jerry Jeudy at No. 15 overall. It was the first time in franchise history the Broncos took wideouts with their first two selections.

Just past the midway point of his rookie season, Hamler has shown glimpses of the wunderkind Wynns first witnessed on the practice field long ago.

The 5-foot-9, 179-pounder’s assimilation into the NFL was slowed by a hamstring injury during training camp, causing Hamler to miss Week 1 against Tennessee. Another hamstring tweak kept him out of Week 6 in New England.

But Hamler’s made steady progress over the past month, with increasing targets (10 each of the last two weeks) and yardage. He has 21 catches for 240 yards and one touchdown — a timely 1-yard reception at the buzzer to finish off the Broncos’ comeback win over the Chargers in Week 8.

“As a young guy, you like to have a little practice and a little confidence going into the game (and) you want to catch a few balls and get things rolling, especially as a receiver,” Lock said. “I think that’s just what we’re seeing from (Hamler) right now. He’s always been the competitor that he is, and we’re just going to see him open up more and more as the weeks go on.”

The road to NFL relevancy wasn’t always this clear for Hamler.

A highly-touted prospect on two state title teams at Orchard Lake St. Mary’s (West Bloomfield Township, Mich.), he had already narrowed his list of scholarship offers down to Penn State, Michigan State and Oregon before he stepped on campus as a high school senior at powerhouse IMG Academy in 2016.

But on the first reception of his first game for IMG, Hamler blew …read more