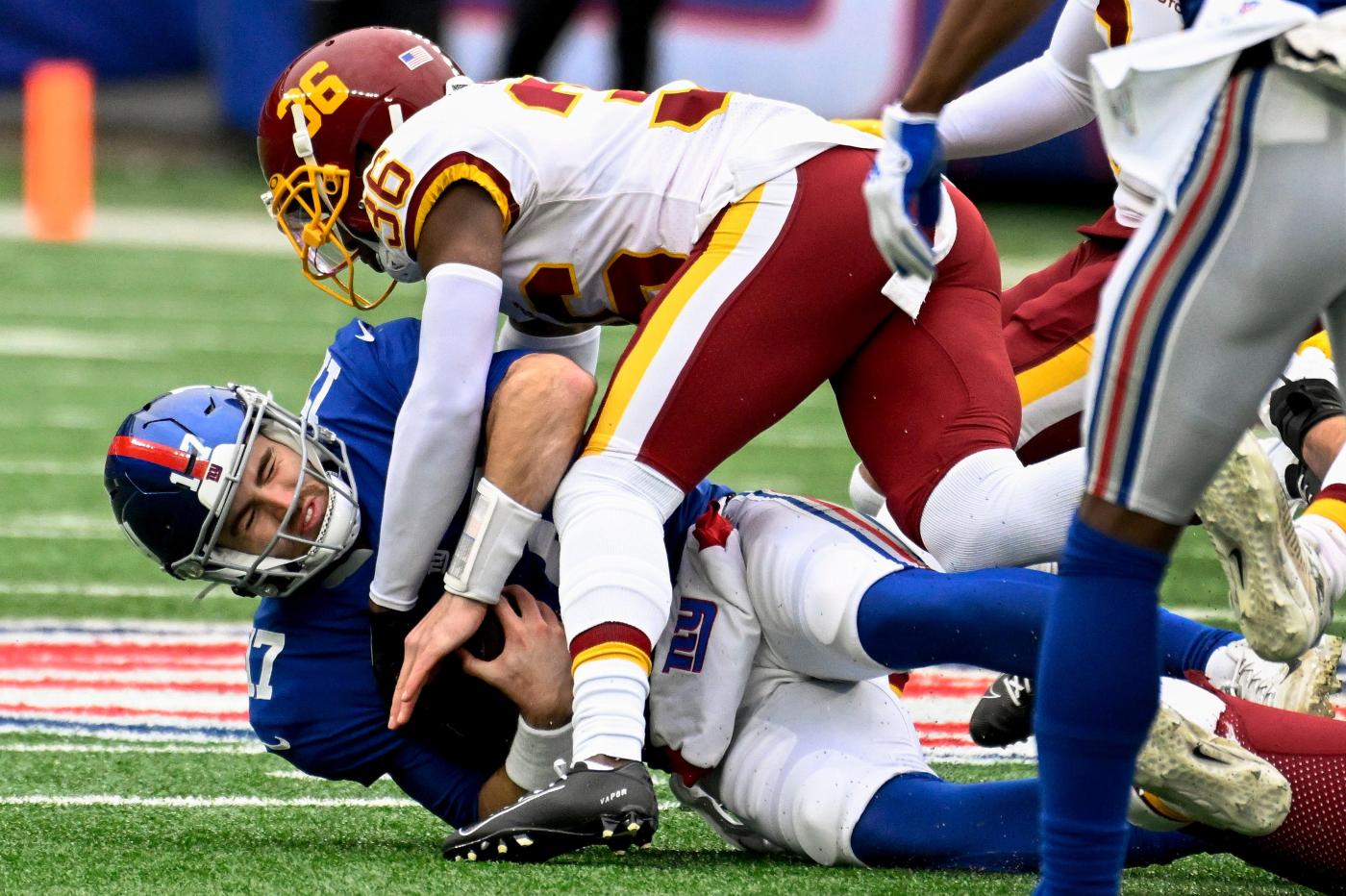 The Giants, who fired two-time Super Bowl winning GM Jerry Reese midseason in 2017, had Dave Gettleman and his family and friends on the MetLife Stadium sideline pregame Sunday for photos and a send-off.

That’s a telling lack of awareness, paying more tribute to a 19-46 GM than to a man who shepherded two championships. But that’s the modern day Giants, whose 22-7 loss to Washington plummeted their final 2021 season record to familiar depths at 4-13.

No matter. Gettleman’s fate is sealed. He will be fired, and it will be announced as a retirement, and that will be that.

The lingering question is head coach Joe Judge’s status, and the truth is that everyone in and around the Giants was acting on Sunday like it would be their last day in the building—everyone except Judge and the players.

But not even Judge’s staunchest supporters, like captain Logan Ryan, could speak in absolutes about what the coach’s firing would mean.

“Eh, I’m not gonna answer hypotheticals,” Ryan said. “When you ask me next season or whatever… But I mean ‘if?’ I don’t know.”

Co-owner John Mara did no interviews. Any information passed about Mara’s feelings on Judge amounted at best to speculation.

Several team staff seemed to be bracing for the inevitable, with major change coming to the front office and coaching staff regardless if Judge stays.

One source said Mara left the press box to watch from downstairs in the third quarter. That kept Mara clear of passing the media postgame.

Co-owner Steve Tisch was not seen on the field pregame or located postgame at all.

Gettleman said nothing as he passed a group of reporters, either.

Typical of the Giants, that left the head coach as the only one accountable to answer questions about everything, including what a change at general manager would mean for him.

Judge, whose record slipped to 10-23 in two seasons, wasn’t about to venture a guess on his own fate, either.

“I’m not gonna worry about these hypotheticals right now,” he said. “I appreciate it. I understand it’s gonna be the question of the day.”

But everyone knows the deal: the Giants have fired their last two coaches either during or after their second season.

First it was Ben McAdoo and Reese scapegoated together over an Eli Manning benching that Mara approved. Then it was Pat Shurmur scapegoated alone after the 2019 season while Gettleman stayed.

On Sunday, Judge’s second year concluded with a sixth straight loss while dragged down by the anvil of Gettleman’s personnel mismanagement. The coach, however, accepted his share of the blame and promised improvement in 2022.

“I’m proud of the team for things they’ve done and fought through and [how they’ve] stayed together as a team this year,” Judge said. “Ultimately it’s not good enough. The fans deserve better. It doesn’t meet our expectations as a program. It’s not gonna be acceptable. The things we have to correct, I’m gonna start on immediately for the future and the start of next season.”

The reality, of course, is Mara …read more