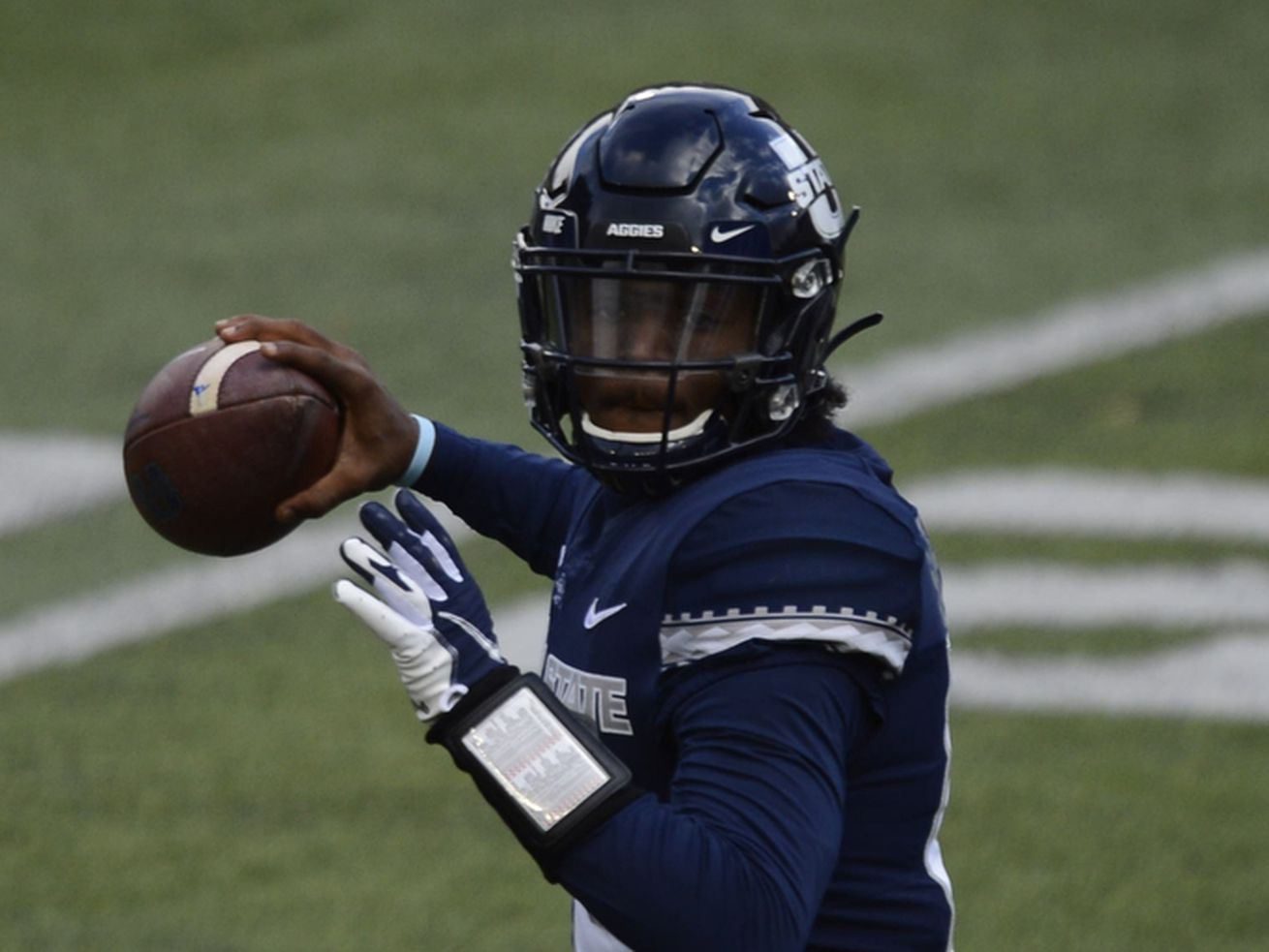 The former Utah Ute played in four games for Utah State this year, all as Aggies’ the starting quarterback.

Jason Shelley is no longer the starting quarterback of the Utah State Aggies.

In fact, he is no longer on the USU football team at all.

Utah State announced Sunday evening that Shelley has been removed from the team after a violation of team rules following Utah State’s 35-16 loss to Fresno State Saturday.

There was no additional information given in the announcement.

In four games played this season, all as Utah State’s starting quarterback, Shelley completed 51 of 99 passes for 420 yards and two touchdowns. Shelley’s passing yards and touchdowns are No. 109 most in the country among FBS quarterbacks, while his quarterback rating of 24.8 is 121st.

In the Aggies’ most recent loss, Shelley completed a only 9 of 24 passes for 144 yards, and was visibly frustrated on the sidelines throughout.

Shelley joined the Utah State program in June, transferring from the University of Utah. He was named the Aggies’ starting quarterback on Oct. 19 ahead of the team’s season opener against Boise State.

Shelley is a junior this season, and with the NCAA’s recent ruling to award all Division I student-athletes an extra year of eligibility, Shelley will be eligible to play two more seasons.

Big Game Takeaways: Cal Bears tell story of their season in one play