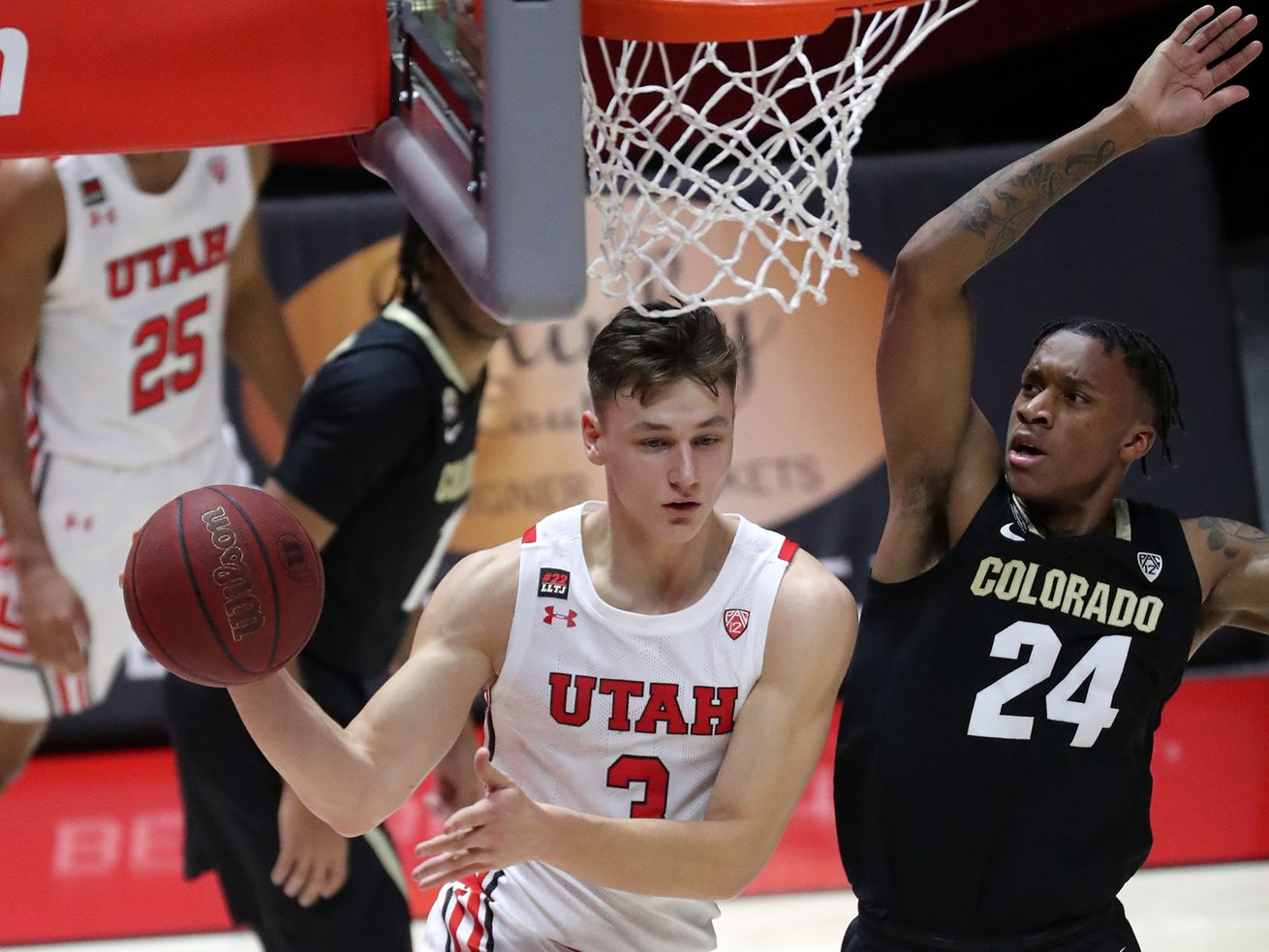 The University of Utah’s play in this 2020-21 men’s basketball season has been disappointing so far, but freshman Pelle Larsson’s debut certainly hasn’t been.

The 6-foot-5 combo guard has played so well — at both ends of the floor — that he has broken into coach Larry Krystkowiak’s starting lineup, replacing senior Alfonso Plummer despite not yet possessing the type of offensive skills that Plummer has.

Krystkowiak has said he made the move before the Oregon game last week to get his best defensive players on the floor first. Riley Battin is also back in the starting lineup, replacing Branden Carlson.

For what it is worth, the Sweden-born Larsson is thrilled about it.

Krystkowiak isn’t surprised that Larsson is making an immediate impact.

“So I thought with Pelle’s strength and his international experience … where he has been playing against men for a few years, and he’s got the physical presence and the strength, that he is going to be maybe a little bit more college ready than some other folks,” Krystkowiak said. “He likes contact and physicality. … I wouldn’t say he’s fearless, but he is not going to get intimidated by anybody.”

Larsson was outstanding in his first start, posting 15 points, five rebounds and five assists in a season-high 32 minutes in a 79-73 loss to Oregon at the Huntsman Center.

He struggled a bit two days later in a 65-58 loss to Colorado, committing three turnovers in 15 minutes and scoring just three points, but he did make a pretty lob pass to Carlson for …read more