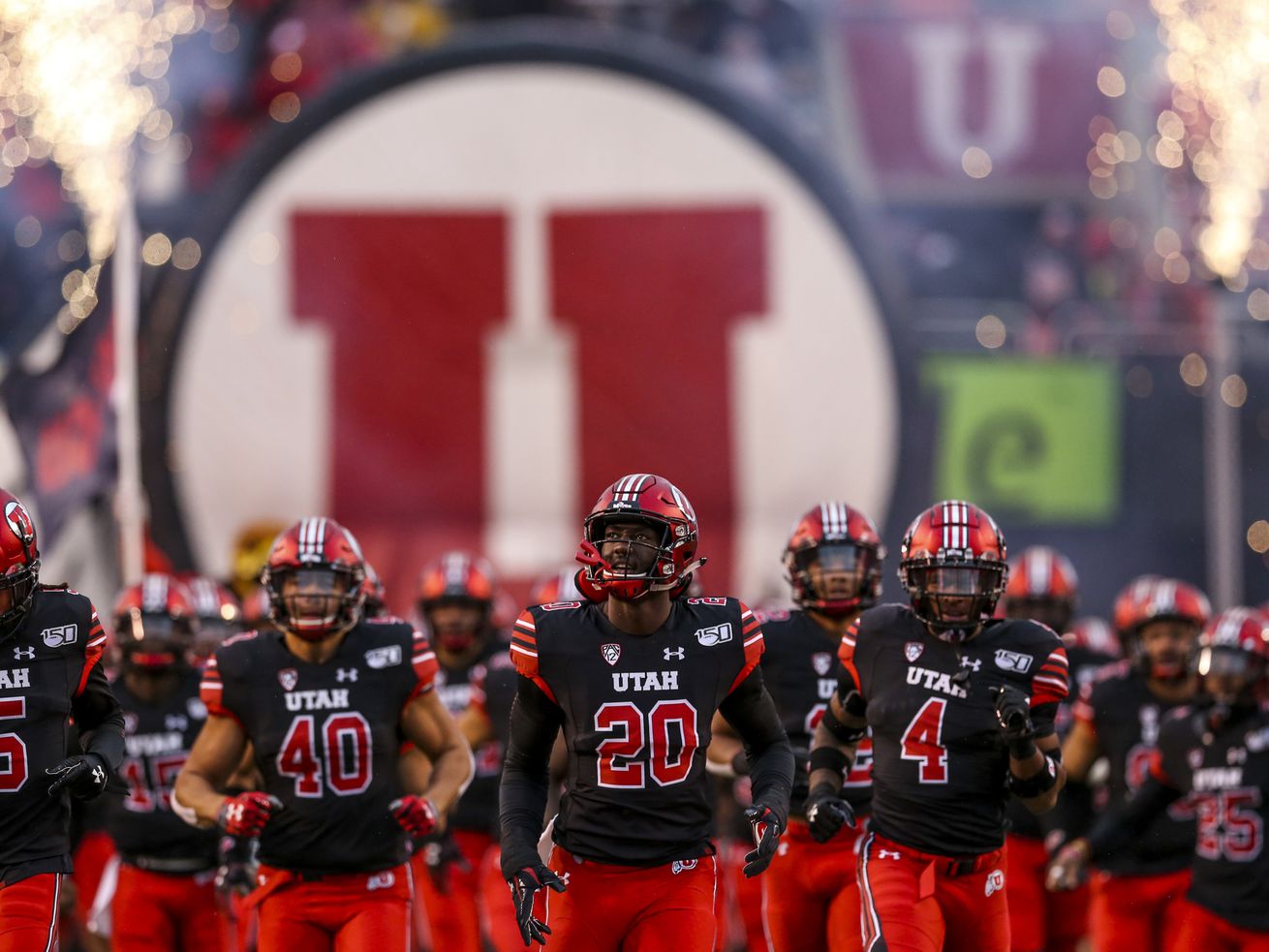 Utah linebacker Devin Lloyd (20) leads the Utes onto the field before the start of a game against Arizona State at Rice-Eccles Stadium in Salt Lake City on Saturday, Oct. 19, 2019. Lloyd, a Butkus Award finalist this season, announced last week that he will return to the Utes for the 2021 season. | Colter Peterson, Deseret News

Over the past four years, Utah has had 21 NFL draft picks, the most in the Pac-12. That includes seven last year. The Utes won’t be sending a big group to the NFL this year but that means plenty of talent will be returning

Even in a truncated, five-game 2020 season heavily impacted by the pandemic, coach Kyle Whittingham never looked at the campaign as merely a series of exhibition games.

He was focused on helping his program win in the present while preparing for the future.

“There was a period of time when we didn’t know if we were going to have a season,” he said in November. “To be able to get games in and play and get reps for our new guys has been invaluable.”

Heading into the 2021 season, Whittingham has leveraged the opportunities as a bevy of young players gained crucial playing time.

The Utes were the final FBS team to play a game in 2020 after their first two games were canceled. Then they started 0-2. But Utah finished strong with three consecutive victories.

“I’m proud of these guys getting it turned around,” Whittingham said. “We took a step forward in each game. That will give us good momentum heading into the offseason. We’ll try to build on it. That’s the next challenge.”

Over the past four years, Utah has had 21 NFL draft picks, the most in the Pac-12. That includes seven last year. The Utes won’t be sending a big group to the NFL this year but that means plenty of talent will be returning.

Here’s a position-by-position look at the Utes in 2021:

As soon as the 2019 season ended, there were plenty of questions at the quarterback position.

Rising won the starting job but he only lasted a few series in the season-opening loss to USC after suffering a season-ending shoulder injury. Soon thereafter, he underwent successful surgery.

Bentley, voted a team captain before the season started, turned in some uneven performances, with his best game coming in a dominating 38-21 win at Colorado. He finished throwing for 882 yards with six touchdowns and six interceptions.

In the season finale, an ineffective Bentley was replaced by Lisk, who helped engineer an epic comeback in …read more