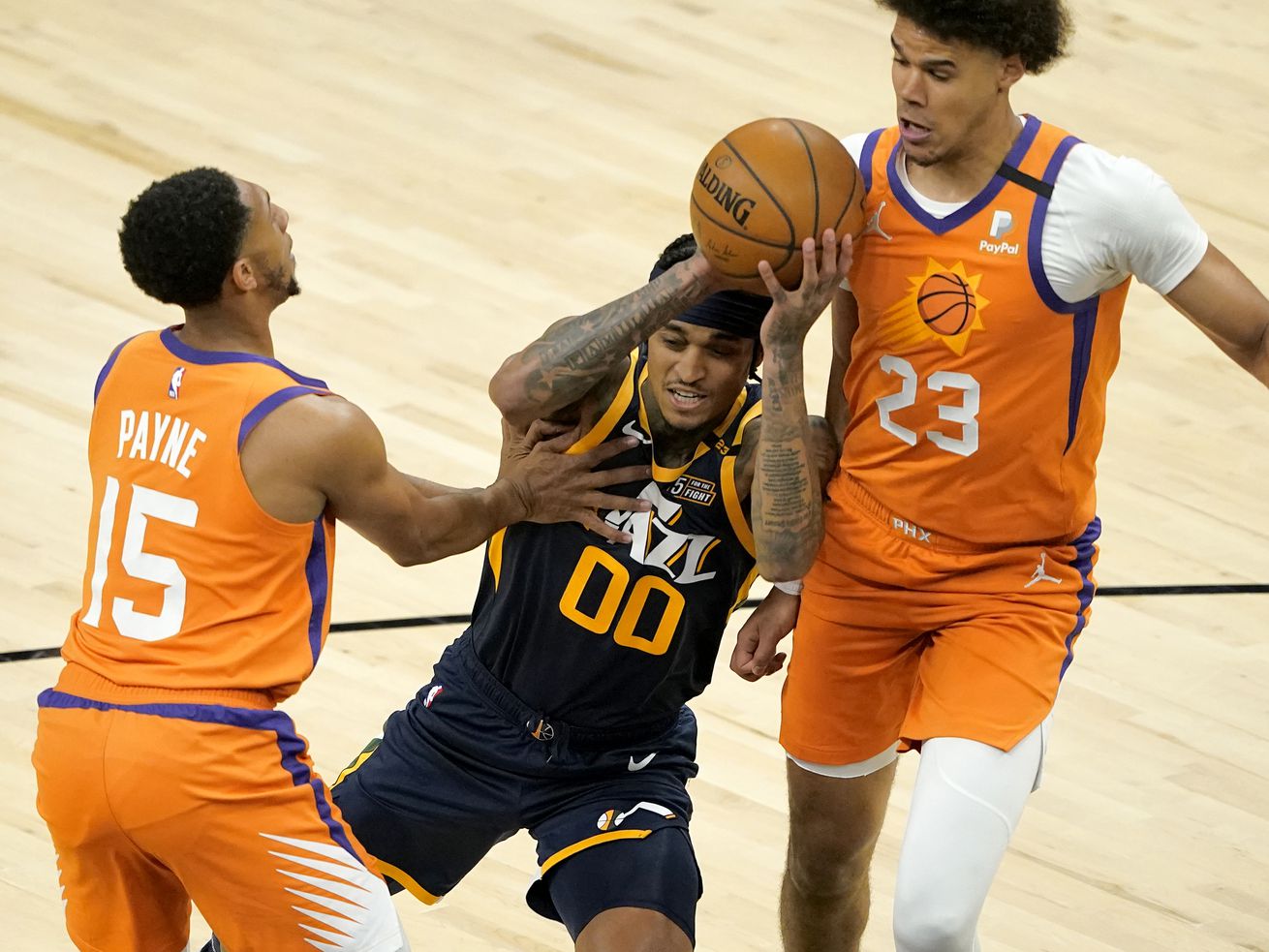 The Utah Jazz, who have been at the top of the NBA standings for the majority of the 2020-21 season, fell to No. 2 in the Western Conference with a road loss to the Phoenix Suns on Friday night.

Though the two teams are tied in the win-loss columns, Phoenix owns the tiebreaker, having swept head-to-head season series 3-0 against the Jazz.

The Jazz have nine regular season games remaining, starting with the second game of a back-to-back on Saturday against the Toronto Raptors, a game that kicks off a five-game home stand for the Jazz.

The Suns beat a depleted Jazz, who were playing without Donovan Mitchell and Mike Conley.

Mitchell, who has missed seven games with a right ankle sprain, is scheduled to be re-evaluated on Saturday with an update on his status to follow.

Conley has missed two games after aggravating the hamstring that has been nagging him all season. Though he has missed time and only played in one back-to-back set this season in order to manage the stress on his hamstring, Conley has said that most of it has been out of an abundance of caution.

The Jazz are one of just four teams to have already clinched a playoff berth.