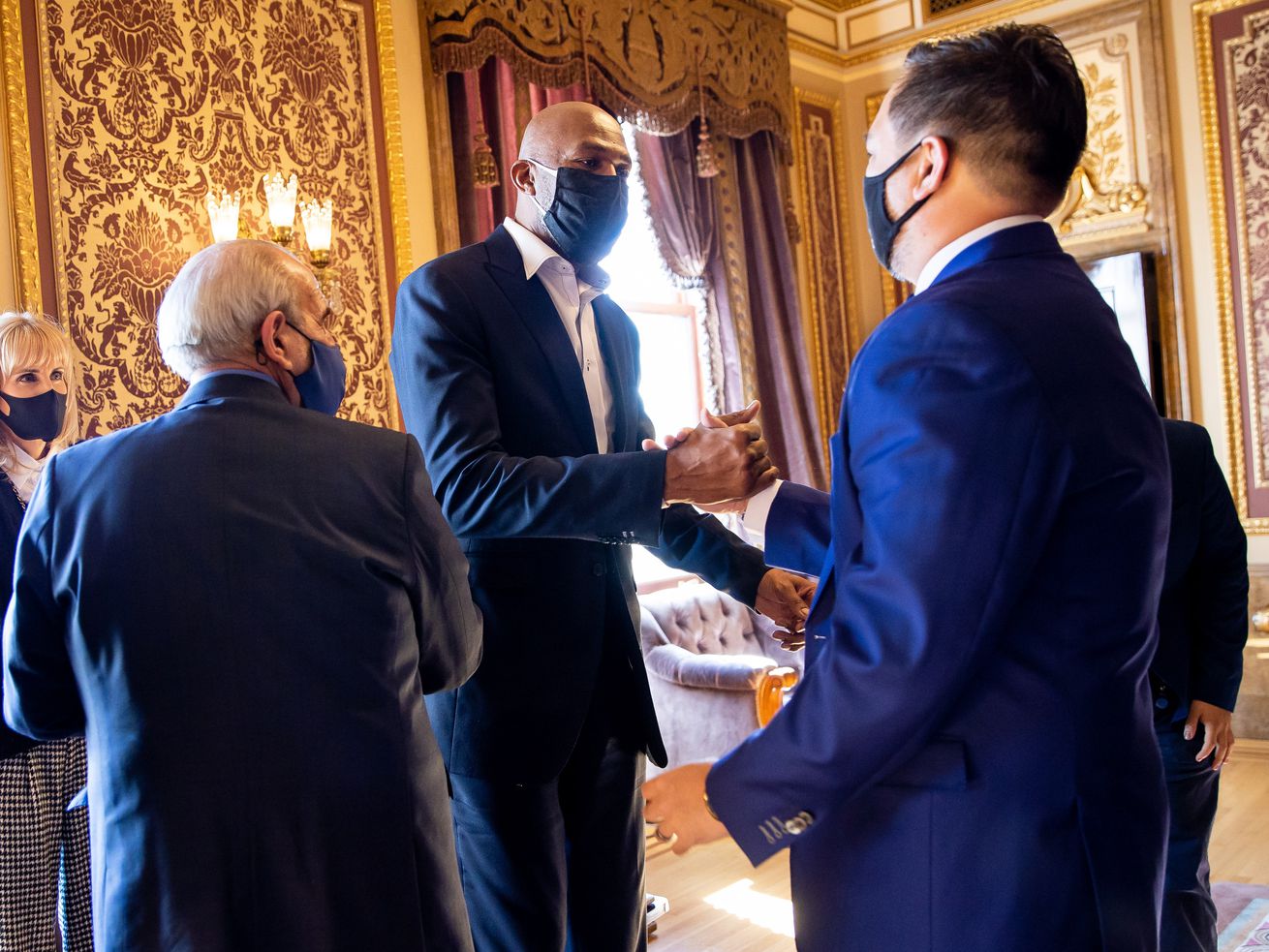 SALT LAKE CITY — The Utah Legislature recognized Jazz great Thurl Bailey on Tuesday for his service to the community with a citation in his honor.

“It’s hard to put into words, almost impossible, the influence and impact that Thurl Bailey has had on our state, not just our communities here in Utah, but the nation, the world,” Attorney General Sean Reyes told a small crowd that included Bailey and members of his family gathered in the state Capitol in Salt Lake City.

“Thurl’s accomplishments on the basketball court are well documented. There have been ESPN programs and documentary movies and so much media about what he did and how he performed on the court, and those are all well-deserved,” Reyes said.

Bailey’s contributions to various causes during and after his basketball career have made an impact “on countless Utahns beyond the basketball court,” said Sen. Daniel Thatcher, R-West Valley City.

Thatcher noted that after the 2018 mass shooting at Stoneman Douglas High School in Florida during which 14-year-old Alaina Petty, who had Utah ties, was killed, Bailey stepped in to help with the “kindness campaign” in the state to remember her.

The retired basketball player was the first person to say: “I will be the ambassador for kindness in the state of Utah,” Thatcher recalled.

Are the Warriors molding Juan Toscano-Anderson to be Draymond Green’s replacement?

Through the SafeUT app, the state started receiving numerous reports of acts of kindness in schools “and that started with Mr. Thurl Bailey,” the senator said.

“When I first came to Utah after the draft, I didn’t know how long I was going to be here. It was a culture shock to me, first of all, and I just wasn’t sure whether I was ready to play the next level. I was 6’11, probably 190 pounds, and knew that it was a man’s league and I’d have to really work on myself and my game to stay. But I was excited to be part of the NBA,” Bailey said.

He said he quickly “fell in love with Utah” with its scenery and people and later met his wife, Sindi, in rural Richfield. Bailey said he’s enjoyed watching Utah grow and seeing the Jazz’s progress through …read more