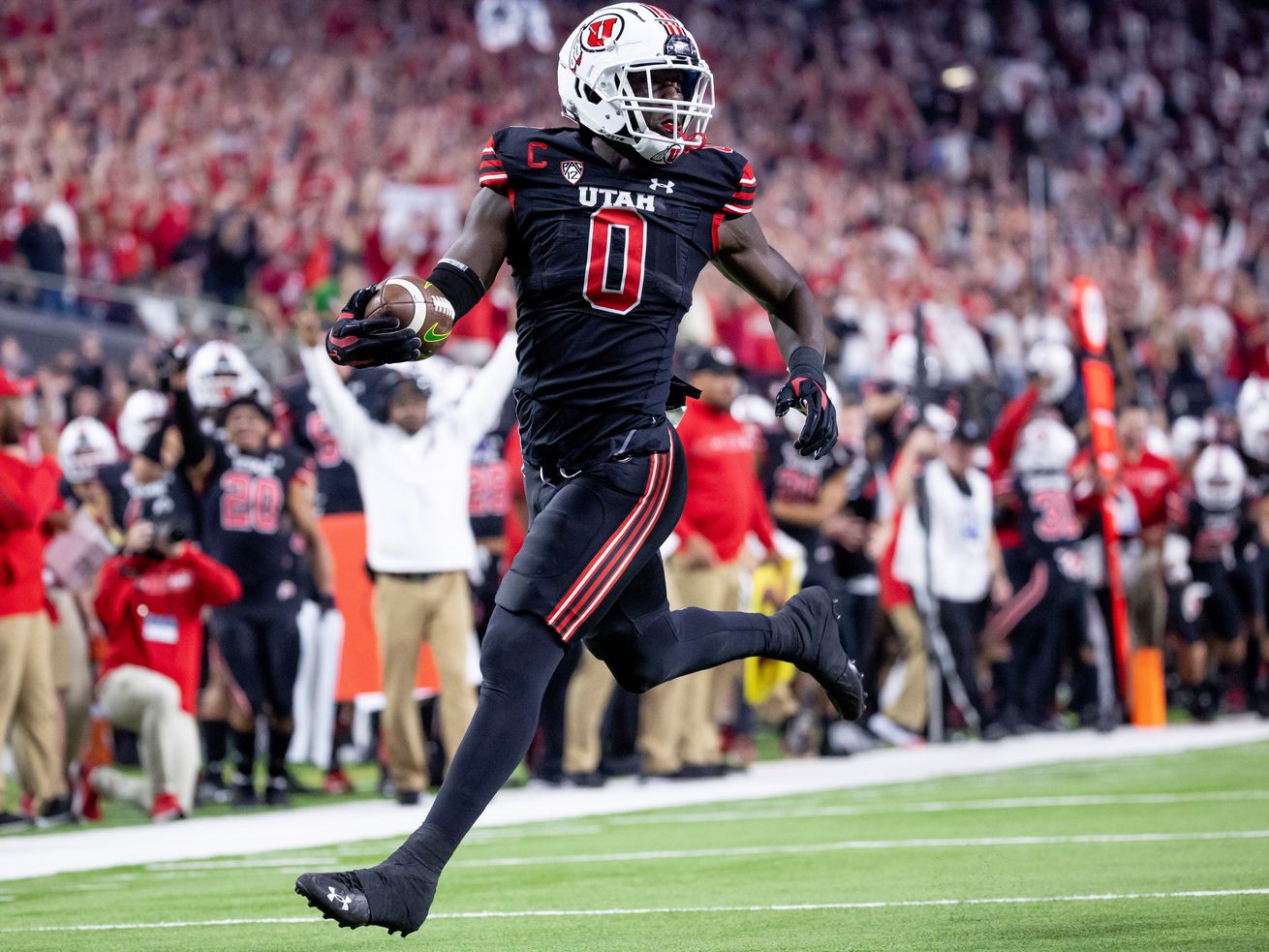 Utah Utes linebacker Devin Lloyd (0) runs back an intercepted pass to score, putting the Utes up 14-0 over the Oregon Ducks in the Pac-12 championship game at Allegiant Stadium in Las Vegas on Friday, Dec. 3, 2021. | Spenser Heaps, Deseret News

Utah linebacker Devin Lloyd, projected to be one of the first linebackers off the board, has declared for the NFL draft.

Lloyd was assumed to be heading to the draft for months and made it official via a video posted on his Twitter page on Wednesday.

“Utah, I love you,” Lloyd said. “You’ll always be a part of my heart and I’m blessed to be a part of your history.”

Lloyd’s stellar four-year career at Utah was capped with an excellent 2021 season. He led the team in tackles with 111 and had eight sacks and four interceptions, including a pick six in the Pac-12 championship game against Oregon.

Utah coach Kyle Whittingham called Lloyd “the best defender that’s ever come through the University of Utah, at least in the modern era.”

Lloyd was named MVP of the title game, was a consensus All-American and was the Pac-12 Defensive Player of the Year.