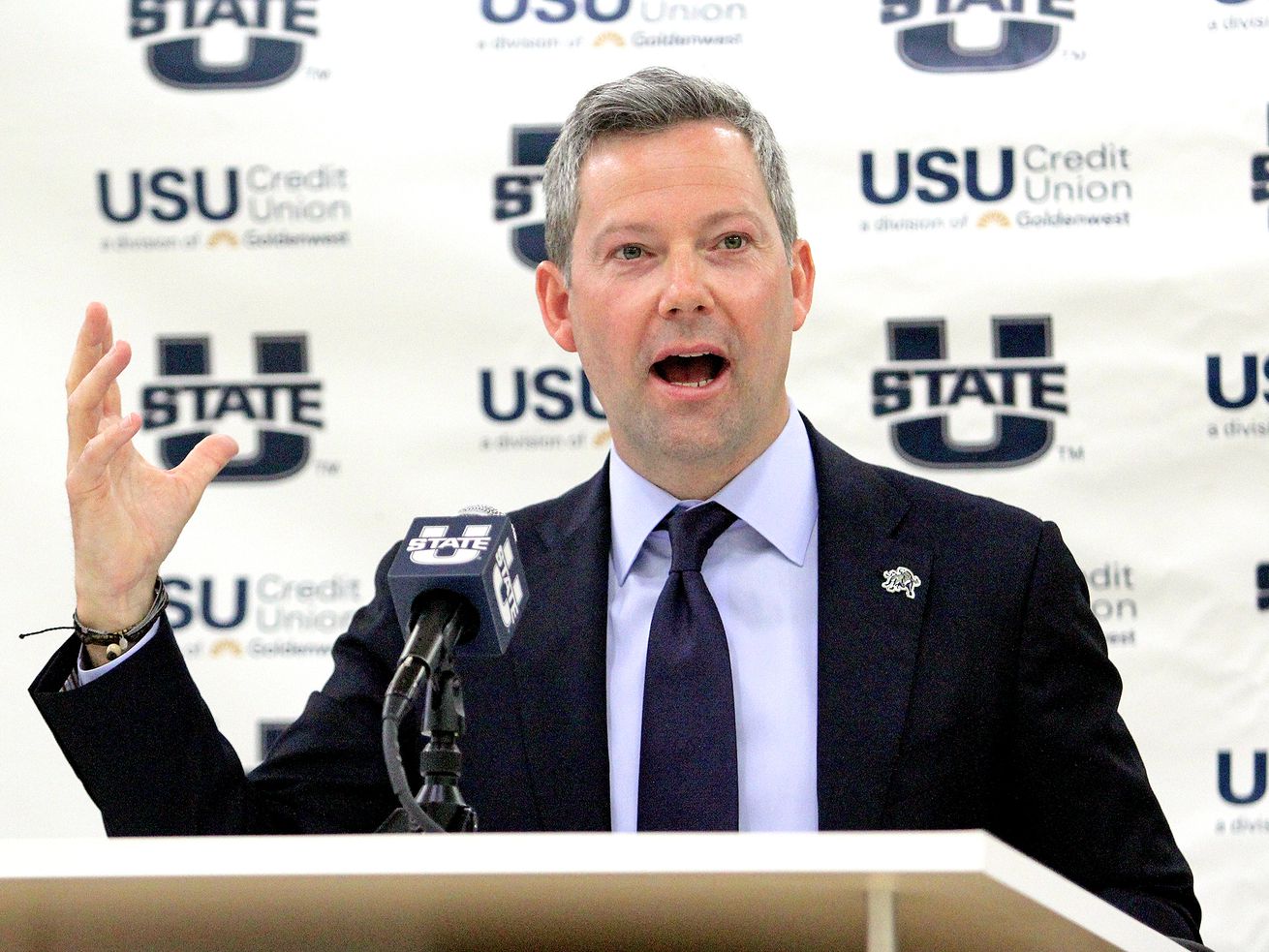 “This is my fourth coach at Utah State,” Miller pointed out. “I was Stew’s last commit. And so, it was Stew and then Duryea, Smith and now Odom.”

After 17 seasons at USU, Stew Morrill retired in 2015, just as Miller was finishing up his high school career and getting ready to leave on a two-year mission for The Church of the Jesus Christ of Latter-day Saints. Morrill’s longtime assistant Tim Duryea took over the program while Miller was in Argentina, and Miller suited up for Duryea for an injury-shortened season in 2017-18.

Duryea was fired in March 2018 and was replaced by Craig Smith, who enjoyed great success during his three years with the Aggies before being hired away by the University of Utah on March 27.

Having been through the process before, Miller tried to help his younger teammates navigate a difficult situation.

“It is kind of a crazy thing when you go through it the very first time,” Miller said of a coaching change. “There’s a lot of nerves, and change is tough because it happens so quick after an emotional season. So, it’s definitely not easy, but I was able to talk to some of the other guys and kind of help them that way.

Rockies’ Charlie Blackmon thinks end of his slump is near

“Everybody’s been handling it really well, and we’re excited for Coach Odom.”

The head coach at the University of Maryland, Baltimore County for the past five seasons, Ryan Odom was named USU’s 20th head men’s basketball coach on Monday. At Wednesday’s event inside the Wayne Estes Center, Odom was introduced to a small gathering of Aggie fans and media by USU athletic director John Hartwell.

“I would much rather have guys have success,” Hartwell replied when asked about having to hire another head coach so quickly. “Doing a search every three or four years is a whole lot better than being mired in mediocrity. I really believe that. …

“And obviously being a really good coach is a significant part of it, but I think being a fit for our community is also really key. And I really think Ryan is going to be that.”

Hartwell confirmed that Odom’s contract is for $4 million over five years, and also shared that, unlike with Smith’s hire in 2018, he did not utilize a search firm this time around and ended up interviewing six candidates before settling on Odom.

Best known for guiding No. 16 seed UMBC to a historic victory …read more