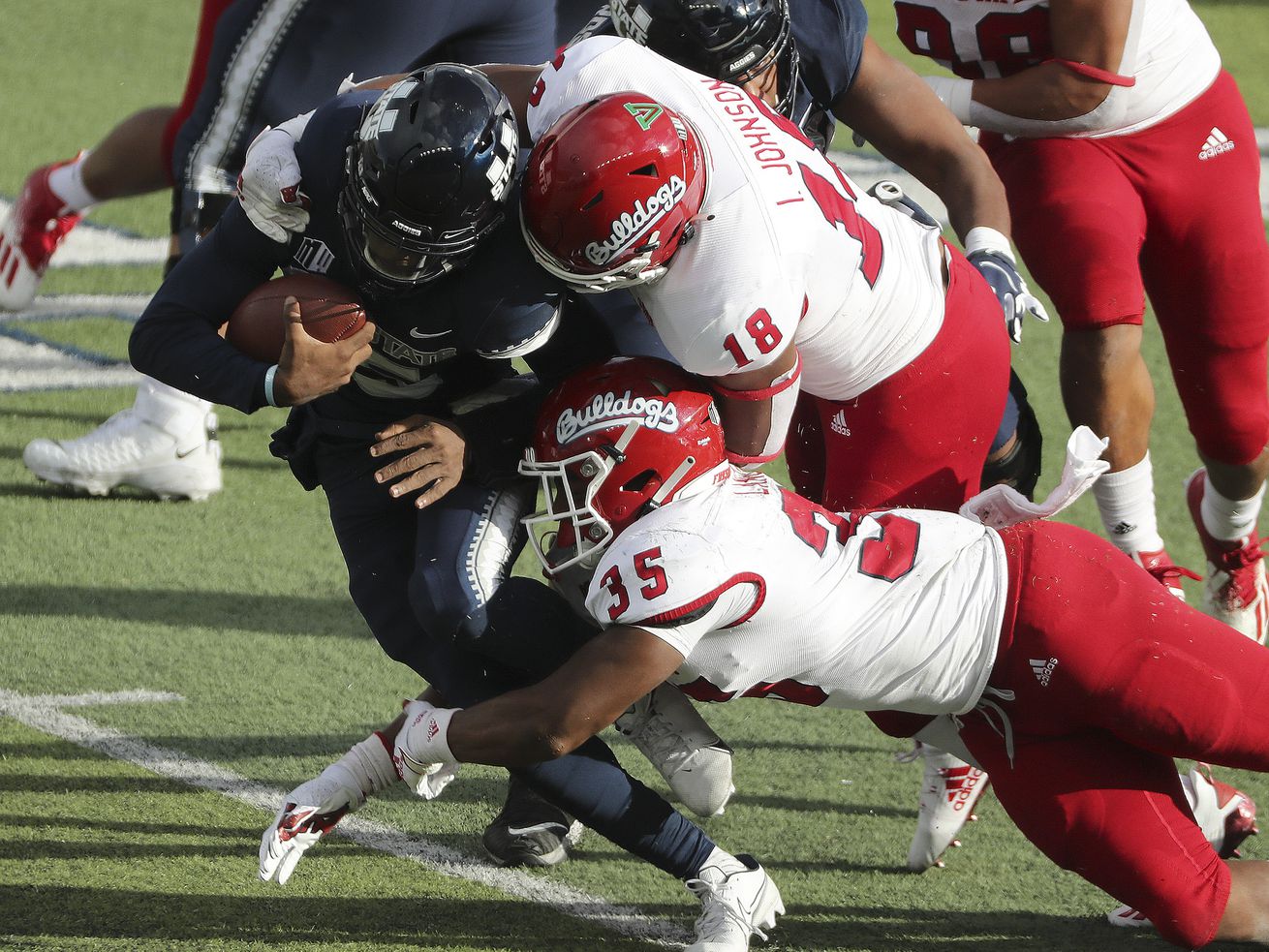 For the first time since 2007, the Utah State Aggies have started a season 0-4. USU lost to Fresno State 35-16 Saturday afternoon in Logan.

Game 1 of the Frank Maile era was largely no different from the final three games of the Gary Andersen era. The Aggies were once again outplayed and soundly defeated by a conference foe.

And yet the Aggies showed glimpses on offense, defense and special teams of the team that they hoped to be entering the season.

Those glimpses weren’t enough against the Bulldogs, but for perhaps the first time all year, there may be a few reasons for optimism for Utah State football.

Here are the grades for Utah State’s fourth game of the season:

One of the most difficult aspects of grading is that the bad always outweighs the good. Always. And that was the case for the Aggies’ offense Saturday.

USU had moments that were genuinely good offensively against Fresno State.

The Aggies’ rushing attack, a point of emphasis, per Maile, was effective, even better than that. It wasn’t great, which Maile conceded, but for really the first time this season USU looked good running the ball.

Much of that was due to Jaylen Warren. Warren had a season-best outing and finished with a game-high 136 yards and a touchdown. Thanks to a career-long 86-yard run, Warren averaged 15.1 yards per carry.

Unlike what happened against Boise State in the season opener, when Warren was the only effective USU runner, he wasn’t alone this time.

Devonta’e Henry-Cole had a strong performance as a change-of-pace back and rushed for a season-high 73 yards, which included a season-long run of 24 yards.

Quarterback Jason Shelley rushed for 41 yards himself, or at least he would have if not for sack yardage, and showed multiple times in the game that he can be dangerous when involved in the rushing attack.

That the run game was so improved shouldn’t come as a complete surprise. Fresno State came into the game surrendering 238 yards on the ground a contest (that was 5 yards worse than Utah State). Still, with an effective run game it appeared Utah State had finally found an identity on offense.

It was all outweighed by another poor passing game and a pair of fumbles.

For the fourth consecutive week, the Aggies struggled to get anything going through the air. Shelley completed only 9 of 24 passes — a 37.5% completion percentage — for 144 yards. He was sacked six times and hurried just as many times.

There were plenty of underthrown balls, some of which worked out in Utah State’s …read more