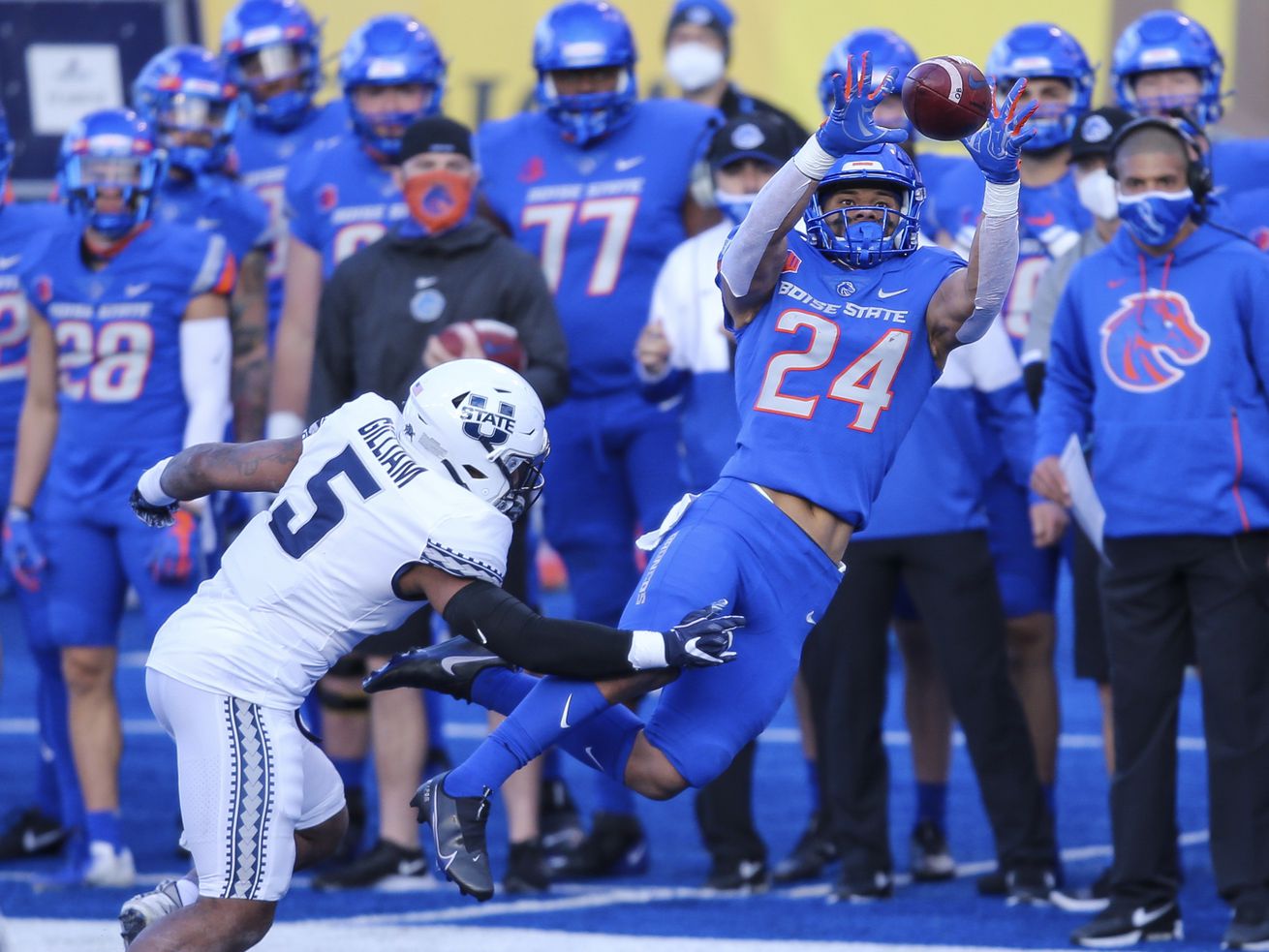 Stop me if you heard this before: A Utah State Aggie has entered the transfer portal.

Senior linebacker Cash Gilliam is the latest player to decide to leave Logan and pursue their college football future elsewhere, following in the wake of Troy Lefeged Jr. and Deven Thompkins.

Gilliam announced his decision over Twitter on Saturday night and expressed thanks to Utah State before stating his intention to leave the program.

Thank you Utah state for everything I’m a Defensive hybrid S/LB and I have decided to enter the transfer portal for my last season. I graduate this December. #GetwellMom …..
Full link : https://t.co/Nr0WBt4Txd pic.twitter.com/l6VZ1tHRnP

A native of Dayton, Ohio, Gilliam started his college football career with Kentucky, where he spent two seasons and played in six total games.

Gilliam then transferred to Arizona Western College in Yuma, Arizona. Playing as a safety, he earned all-Western States Football League second-team honors. Gilliam played in eight games that season (2018) and recorded 46 tackles, including 2.5 tackles for loss, and added a team-best seven pass breakups, to go along with two interceptions and one forced fumble.

His success in Arizona led Gilliam to transfer to USU in 2019, where he served as the primary backup at safety behind Lefeged Jr. and Shaq Bond. Gilliam played in nine games last season — he started two — and finished with 15 tackles, 1.5 tackles for loss, and a forced fumble.

Winless Utes hosting an Oregon State team coming off big upset, boasting one of the top running backs in the nation

Heading into the this season, Gilliam was one of many Aggie defenders who underwent a position change, in hopes of improving the team’s overall defense. Gilliam became a starting inside linebacker and quickly made his mark. In three games played this season — he tested positive for COVID-19 prior to USU’s game against Fresno State and did not play — Gilliam recorded 20 tackles and sack, and had a team-high 11 tackles in the loss to San Diego State.

Gilliam graduates from Utah State in December, and will have one remaining season of eligibility.