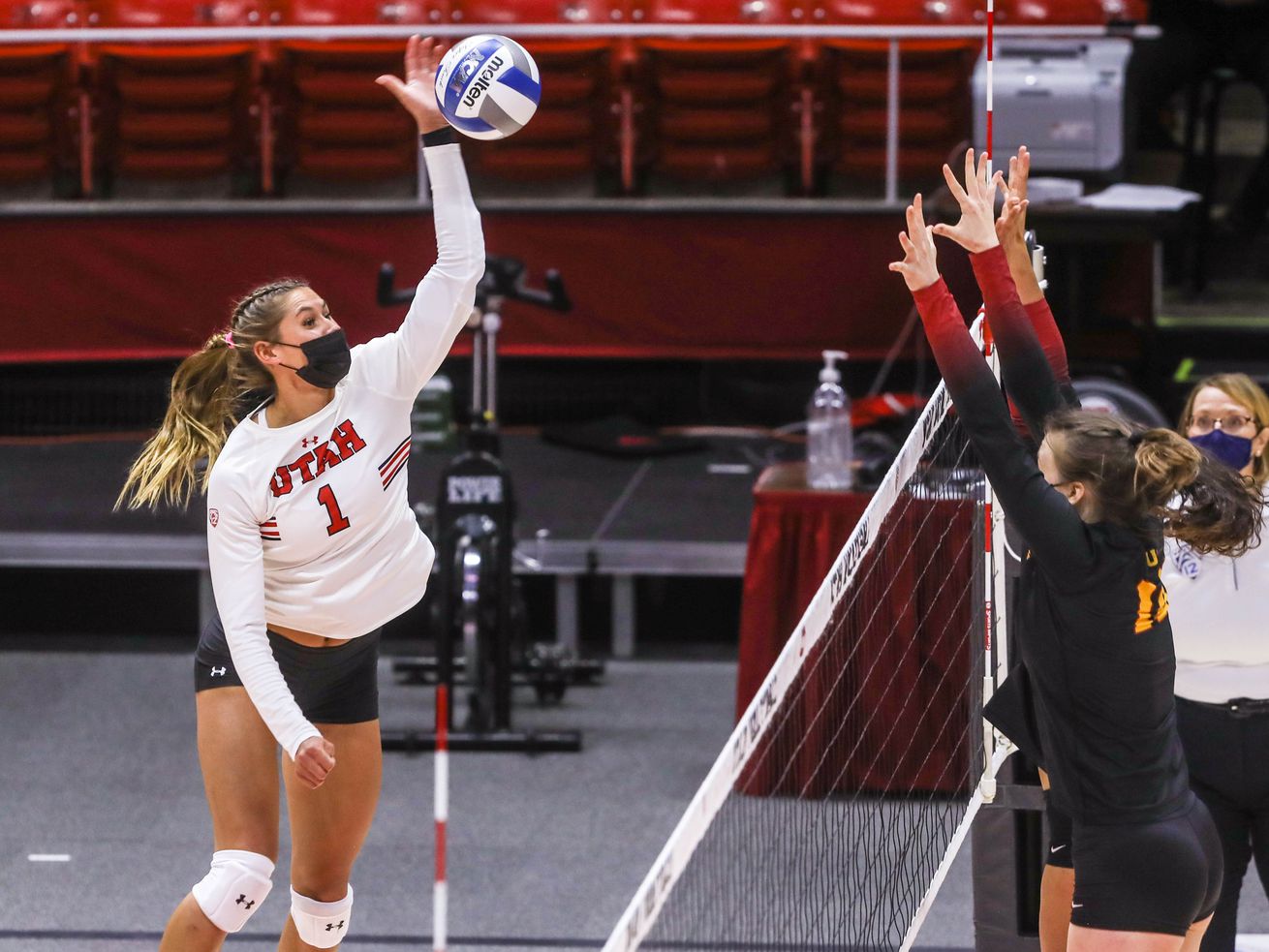 Dani Drews, a standout for the University of Utah women’s volleyball team for the past four seasons, raised the bar for a rising program on Wednesday, becoming the first Ute to be named the volleyball Pac-12 Player of the Year.

Drews, a former Brighton High star who last year became just the second Utah player to earn AVCA first team All-America honors, has sparked the Utes in 2021 while accumulating 324 kills. The senior outside hitter has led Utah in kills in every single match and her 5.14 kills-per-set average tops the Pac-12.

“For Dani to earn this award during this unique season is a testament to her as an athlete and a person,” head coach Beth Launiere said in a statement. “She handled adversity well and continued to perform at a high level week after week. We’re proud of Dani and it is a great honor to our program to a have a Pac-12 Player of the Year.”

Drews was named to the All-Pac-12 for the third straight year and was joined on the team by senior Kenzie Koerber, while Saige Ka’aha’aina-Torres and Madelyn Robinson earned honorable mention honors.

The Utes are the No. 14 seed in the NCAA Tournament and earned a first-round bye. They will play the winner of Long Beach University and Pittsburgh on April 15.