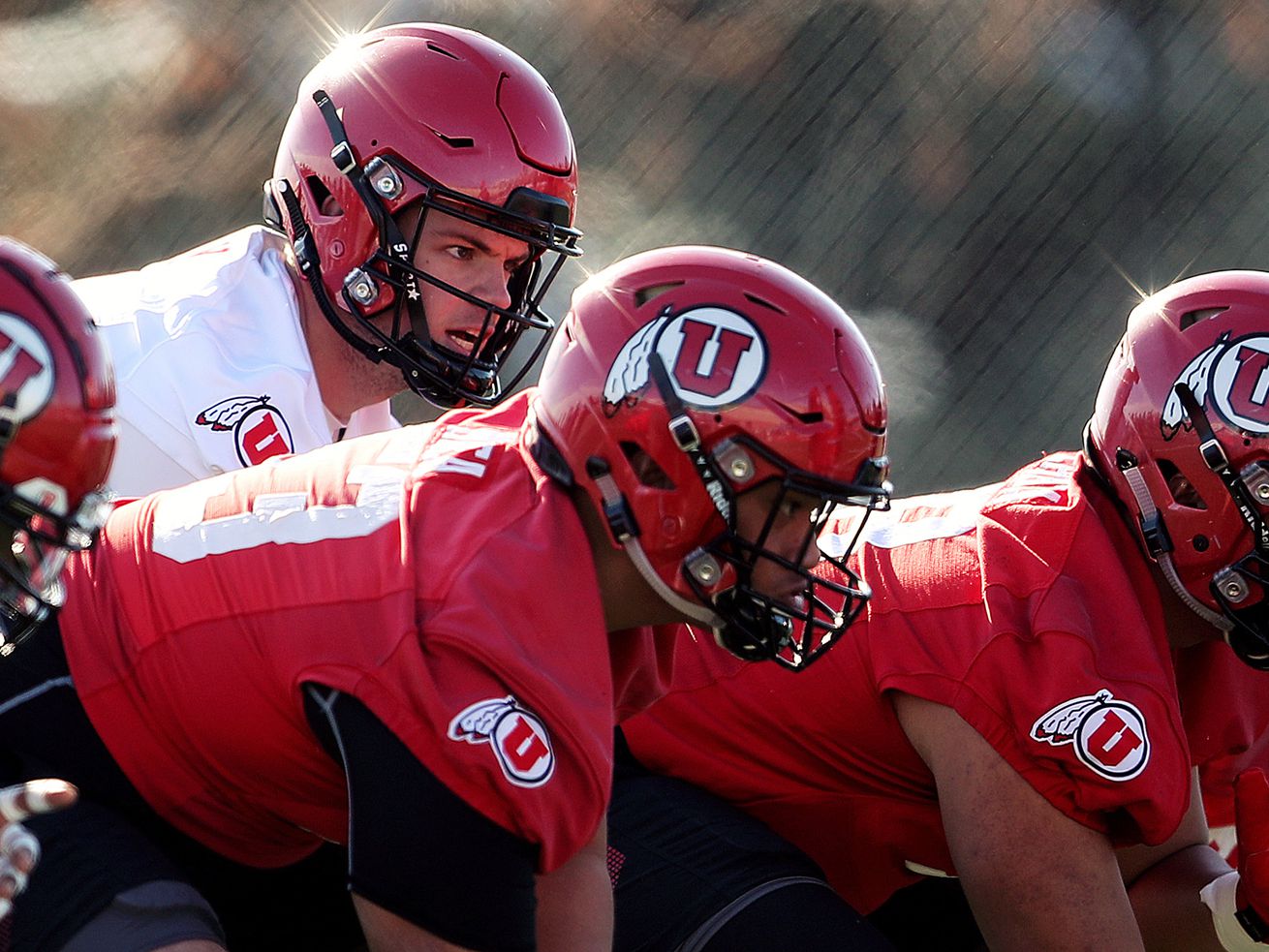 Utah’s quarterback competition between Jake Bentley, Drew Lisk and Cam Rising may come to an end sooner than expected.

The Utes could, in fact, decide on a starter after Saturday’s scrimmage. Fans, though, may not know — and likely won’t — until much closer to the opener Nov. 7 against Arizona.

Utah coach Kyle Whittingham acknowledged the Utes have no plans to tip their hand early. The quarterbacks will continue to be judged and evaluated on a daily basis in an abbreviated camp where some quick decisions are necessary.

“They’re all three off to a pretty good start. We anticipate having it narrowed down to at least two — we will have narrowed it down to at least two — after the scrimmage,” said Whittingham, who added that no announcement will be made and that a starter may be known in-house. “Like we said at the onset of camp, the sooner we are able to identify that guy, the better.”

SMITH’S COMEBACK: Whittingham had plenty of praise for former Utah quarterback Alex Smith, who returned to NFL action last weekend after nearly losing his leg to a gruesome injury in 2018.

“It’s miraculous,” Whittingham said. “The injury that he had, in the condition that leg was in, to be able to fight all the way back — just to walk, let alone play in the National Football League — (is an) incredible story.”

“Alex is one of the physically and mentally toughest players we’ve ever had come through here,” Whittingham said. “So if anyone was going to be able to do it, it was going to be him. I’m just excited for him and happy that he’s back on the field. I hope things continue in a positive direction for him.”

DIXON’S DEPARTURE: Utah receiver Jaylen Dixon’s decision to enter the transfer portal didn’t catch the Utes completely off guard. Whittingham confirmed the junior’s decision to move on after 28 games and nine starts over the 2018 and 2019 seasons.

“He hasn’t really been with us full time for several months. He’s been going through some issues that he’s trying to work out. Jaylen believes that perhaps new surroundings and a fresh start would would do him good and we’re all for that,” Whittingham said. “We wish success for him and want him to be in a situation that he can thrive in — not that he couldn’t thrive here.”

Whittingham noted that Dixon did a good job during his time with the Utes.

“But he has decided that it’s in his best interest to look for a new place to play,” Whittingham continued. “So we support him 100% in …read more