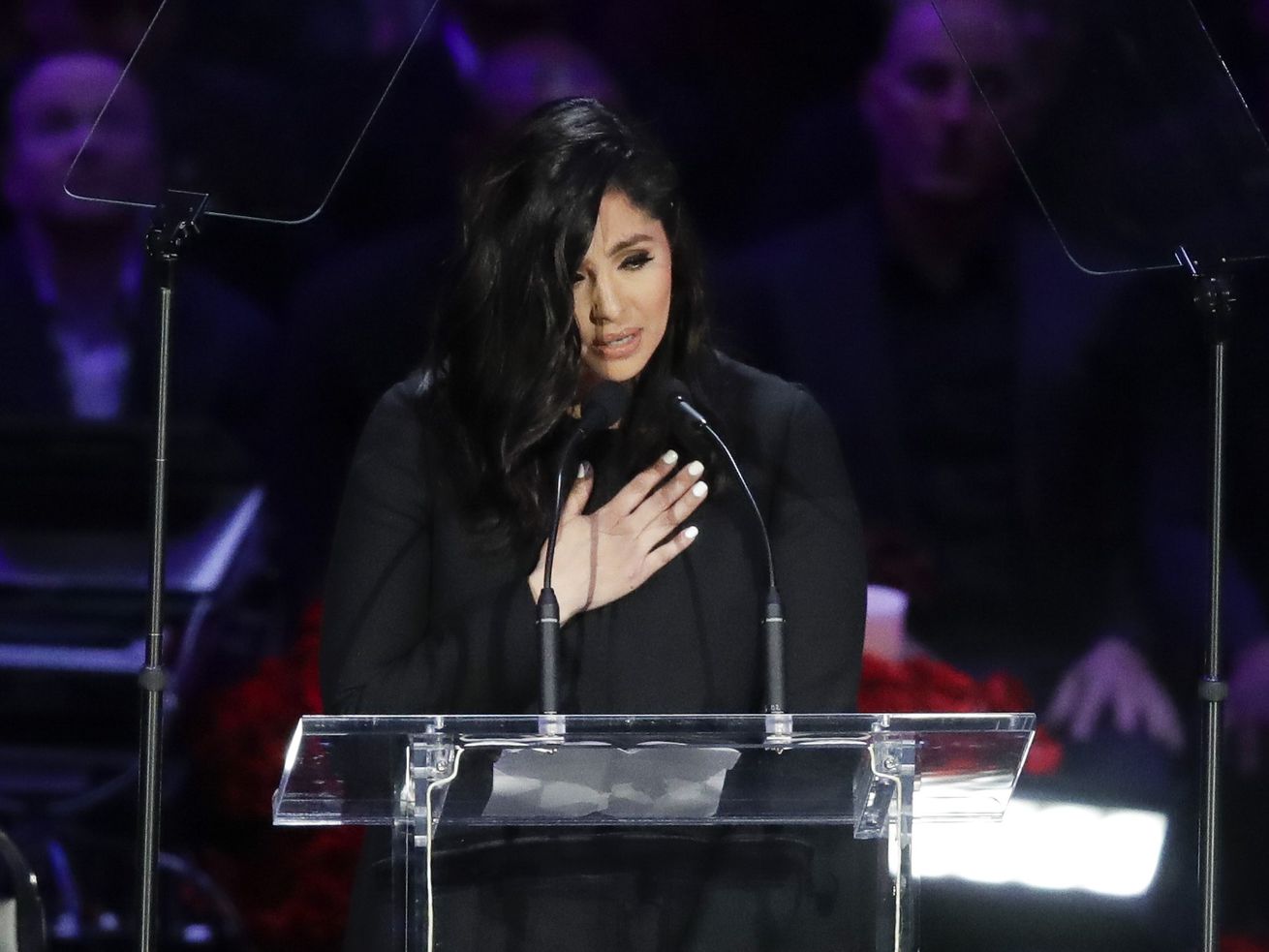 Vanessa Bryant — the wife of the late Los Angeles Lakers legend Kobe Bryant — has issued criticism toward rapper Meek Mill for his new lyrics that speak of Kobe Bryant’s death.

Per BBC News, Meek Mill reportedly has a new song called “Don’t Worry (RIP Kobe),” which features the lyrics: “If I ever lack, I’m goin’ out with my chopper, it be another Kobe.”

Kobe Bryant, his daughter Gianna Bryant, and seven others died in January 2020 in a tragic helicopter crash.

Vanessa Bryant released a statement about the lyrics on Instagram, writing that the lyrics were “extremely insensitive and disrespectful.”

“I am not familiar with any of your music, but I believe you can do better than this,” she wrote on her Instagram story. “If you are a fan, fine, there’s a better way to show your admiration for my husband. This lacks respect and tact.”
Response

According to BBC News, Mill shared a profane tweet that disregarded Bryant’s comments.

But Mill later released a full tweet in which he explained he apologized to Vanessa Bryant in private, per BuzzFeed News.

“I apologized to her in private earlier today not to the public…Nothing I say on my page directed to a internet viral moment or the family of a grieving woman! If you care about someone grieving change the subject!”

I apologized to her in private earlier today not to the public…Nothing I say on my page directed to a internet viral moment or the family of a grieving woman! If you care about someone grieving change the subject!

The spat between Vanessa Bryant and Mill comes almost exactly one year since Kobe Bryant’s memorial service, which I wrote about for the Deseret News. Kobe Bryant, Gianna Bryant and the others who died in the crash were honored in a “Celebration of Life” event at Staples Center in Los Angeles on Feb. 24, 2020.

The celebration of the Bryants and their friends included moments where former NBA players and celebrities talked about faith, dedication to family and how devotion to a craft can lead to a longstanding legacy.