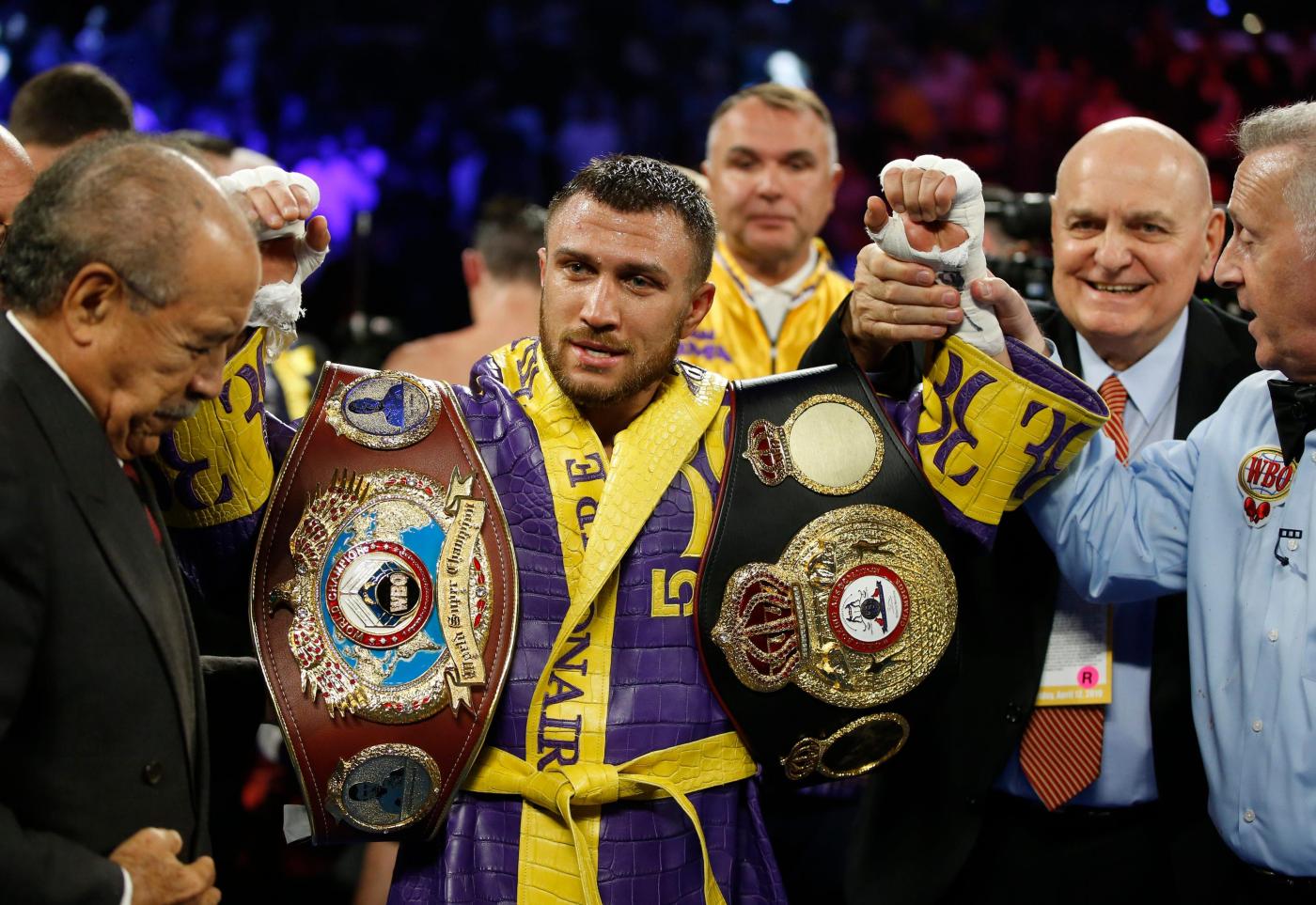 LAS VEGAS — In ordinary times, Vasiliy Lomachenko and Teofimo Lopez would be the fight of the fall, a lightweight title match about as compelling as it gets in the boxing world these days.

And in ordinary times people would have to cough up hundreds of dollars to sit at ringside or $74.99 to watch it on pay-per-view.

“It would probably be a big pay-per-view with 20,000 in the stands,” promoter Bob Arum said. “But the coronavirus has upset a lot of business and people are dying. We’ve got to be thankful for what we have.”

Instead of a big crowd, the only fans at the MGM Grand conference center will be a few hundred sponsors and first responders with special invites. And, instead of pay-per-view, the fight will be televised live on ESPN, guaranteeing a larger audience than a pay-per-view even if the money isn’t nearly the same.

“It could be the biggest possible audience for a boxing match that I can remember,” Arum said.

Those tuning in should be in for a treat in a fight with three different 135-pound titles at stake. Lomachenko is widely regarded as one of the top pound-for-pound fighters in the sport, while Lopez is an undefeated power puncher eager to make himself a household name.

There’s also some tension between the two fighters that goes back to a confrontation Lopez’s father had with Lomachenko in a hotel lobby two years ago when both were on the same card in New York. It was then that Lopez vowed to chase down a fight with Lomachenko, the masterful Ukrainian who won two Olympic gold medals.

“I don’t think about it being personal, I don’t have a problem with his family and this boy,’ Lomachenko said. ”But we can check what’s better to prove things, in the ring or outside the ring.”

Both fighters will make less money than they might have made in pre-virus times to top a fight card that will fill ESPN’s Saturday night schedule. Both are risking future riches, too, in a fight that will show just how far the Brooklyn-born Lopez has come since losing in the 2016 Olympics while representing Honduras.

Lopez is 15-0 as a pro with 12 knockouts but is taking a big step up in class against Lomachenko, whose technical skills are widely praised around boxing.

“This is the part where I’m leading the new generation,” the 23-year-old Lopez said. “Winning this is a stamp and a mark to put on for the new era. Get your popcorn ready and just enjoy the show.”

While Lopez is relatively inexperienced as a pro he holds a portion of the 135-pound title and hasn’t lost since dropping a decision in the Rio Olympics. He’s known as an emotional fighter who possesses both quickness and power and, like Lomachenko, is trained by his father.