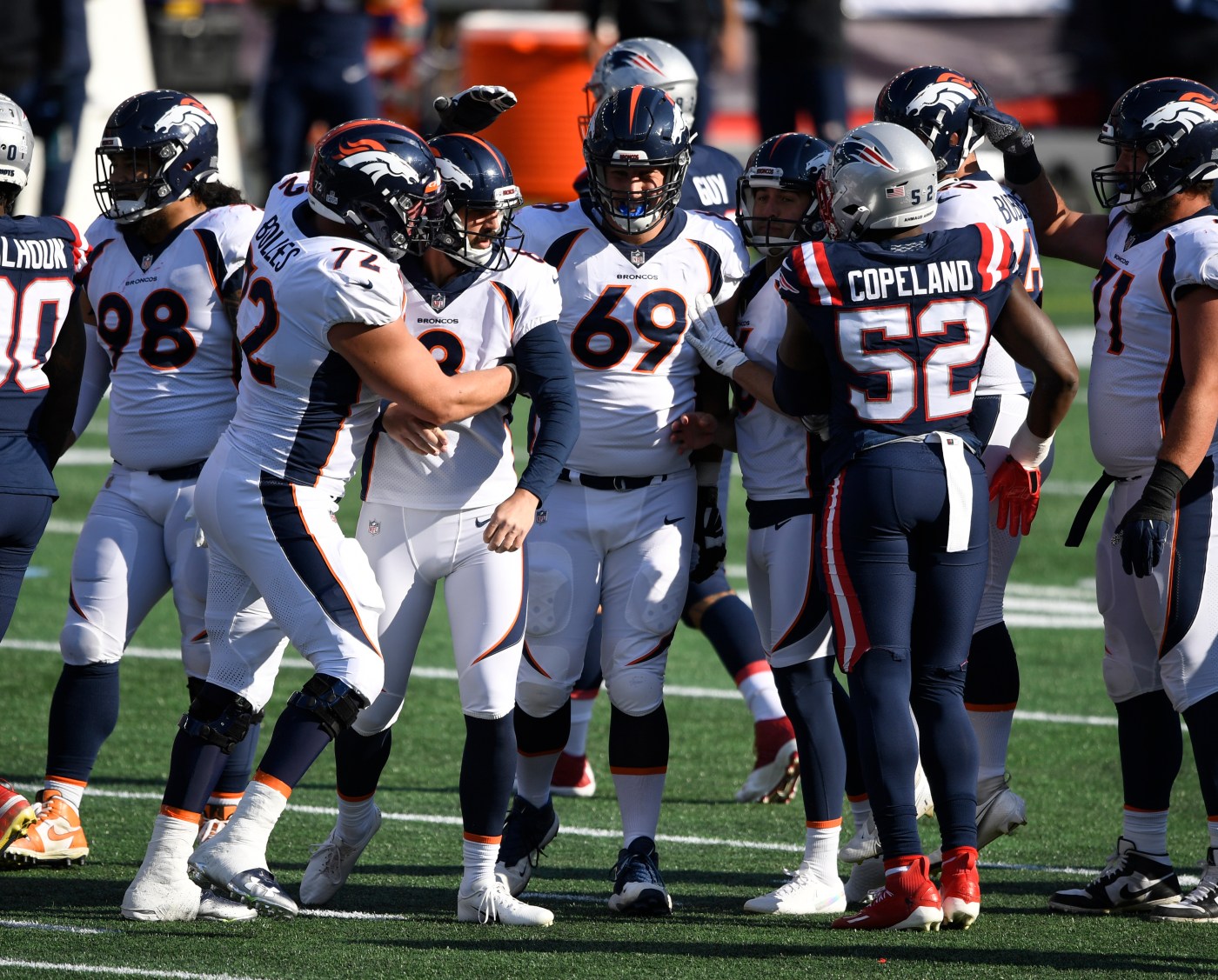 FOXBOROUGH, Mass. — Throughout his year-plus as the Broncos’ coach and defensive play-caller, Vic Fangio has occasionally gone to great lengths to say he was not immune to blitzing in general and blitzing at critical times in particular.

The pressures were in his playbook. The situation and opponent need to be just right. And just watch, the Broncos will double down at the figurative blackjack table when it is unexpected, he promised.

The time was exactly right late in Sunday’s game against the New England Patriots.

The Patriots were on the cusp of completing a 15-point comeback and quarterback Cam Newton and Co. faced a fourth-and-10 from the Broncos’ 24.

Safeties Justin Simmons and Kareem Jackson got a head start from nine yards beyond the line of scrimmage. They were joined by five other pass rushers, whose pressure forced Newton to throw incomplete in 2.59 seconds before receiver N’Keal Harry could complete his out route.

The blitz allowed the Broncos to escape with an 18-12 win and produced sighs of relief from Fangio (for the gutsy call), quarterback Drew Lock (two fourth-quarter interceptions) and well, the entire Broncos organization. Up 18-3 with nine minutes remaining, a loss would have meant a painful flight back to Denver and an even more tortuous tape review Monday.

“That was very Vic-esque,” Simmons said of the call. “He has such a great feel for the game in terms of play calling and he felt it was the right time to call it.”

The right call at the right time and the right result.

The offense failed to score a touchdown … and won. Lock threw two fourth-quarter picks … and didn’t lose. And Brandon McManus accounted for all of the points (field goals of 45, 44, 27, 52 and 54 yards) … and it was enough.

When they were 0-3, the Broncos were just about done, done, done. Following wins over the Jets and Patriots, they should have some hope.

“Proud of my boys,” defensive end Shelby Harris said in a phone interview with The Denver …read more