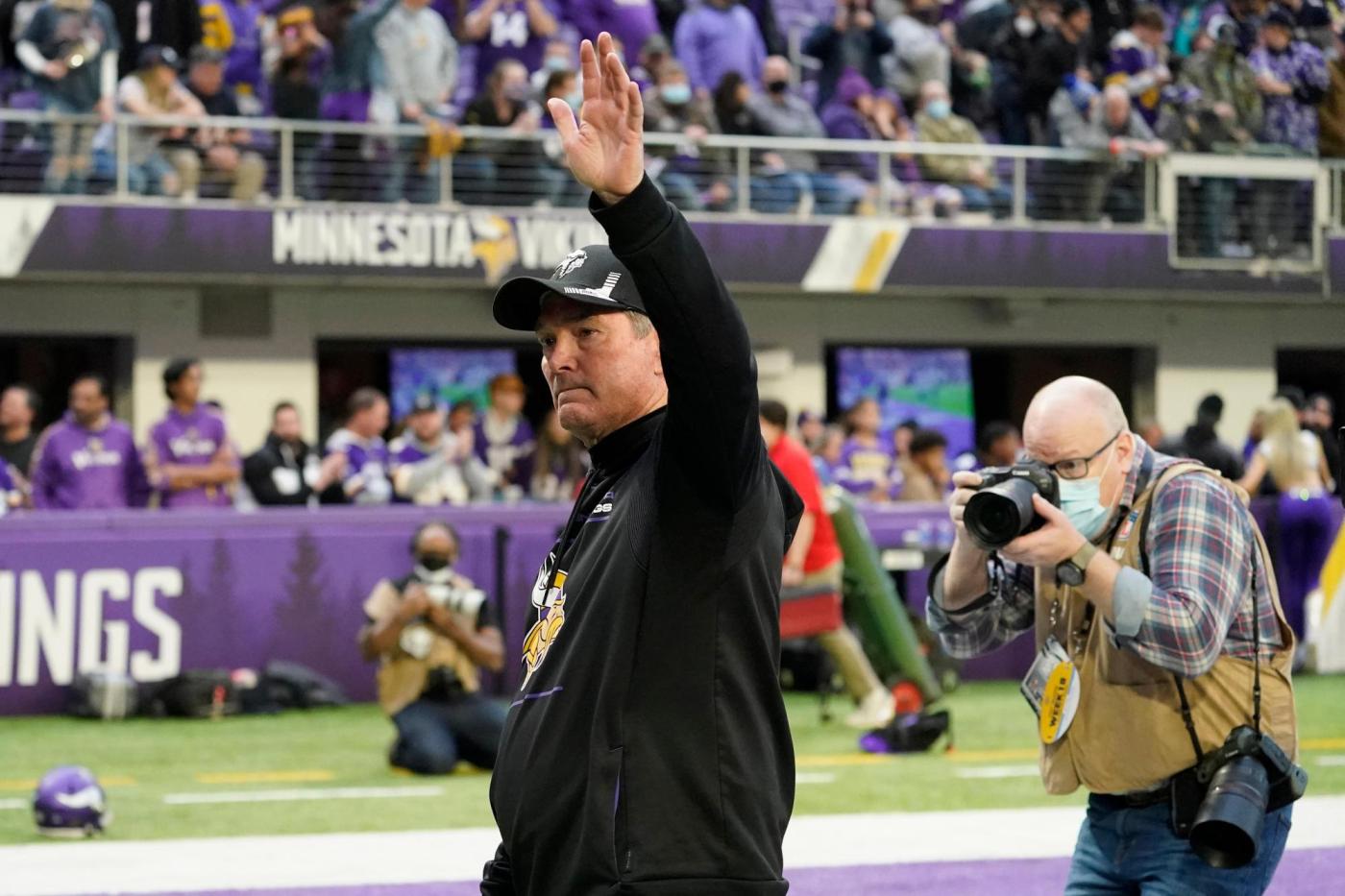 MINNEAPOLIS — The Minnesota Vikings fired general manager Rick Spielman and coach Mike Zimmer on Monday, according to a person with knowledge of the decision, after a second straight absence from the playoffs.

The person spoke to The Associated Press on condition of anonymity because the Vikings had not yet made the announcement. Players were scheduled for a morning meeting at team headquarters.

Zimmer went 7-8-1 against the Packers, enjoying as much success against MVP Aaron Rodgers as any coach during his time, but the overall deterioration of the once-dominant defense he built soon after his arrival was a big part of what led to his dismissal.

The 65-year-old Zimmer had the seventh-longest tenure among head coaches in the NFL this season, with the 25 others in the league all hired within the last five years. The six peers ahead of him on the seniority list have all won a Super Bowl: Bill Belichick, Sean Payton, Mike Tomlin, John Harbaugh, Pete Carroll and Andy Reid.

Since Spielman was hired as vice president of player personnel in 2006, the only other NFC teams that haven’t made it to a Super Bowl are Dallas, Detroit and Washington. Twelve different teams have won the conference in those 16 years, the last 10 of which Spielman had full authority over the roster as the general manager.

Spielman was responsible for firing Leslie Frazier after the 2013 season and replacing him with Zimmer, who made his name as a demanding defensive coordinator for Dallas and Cincinnati before finally getting his chance to run a team in Minnesota.