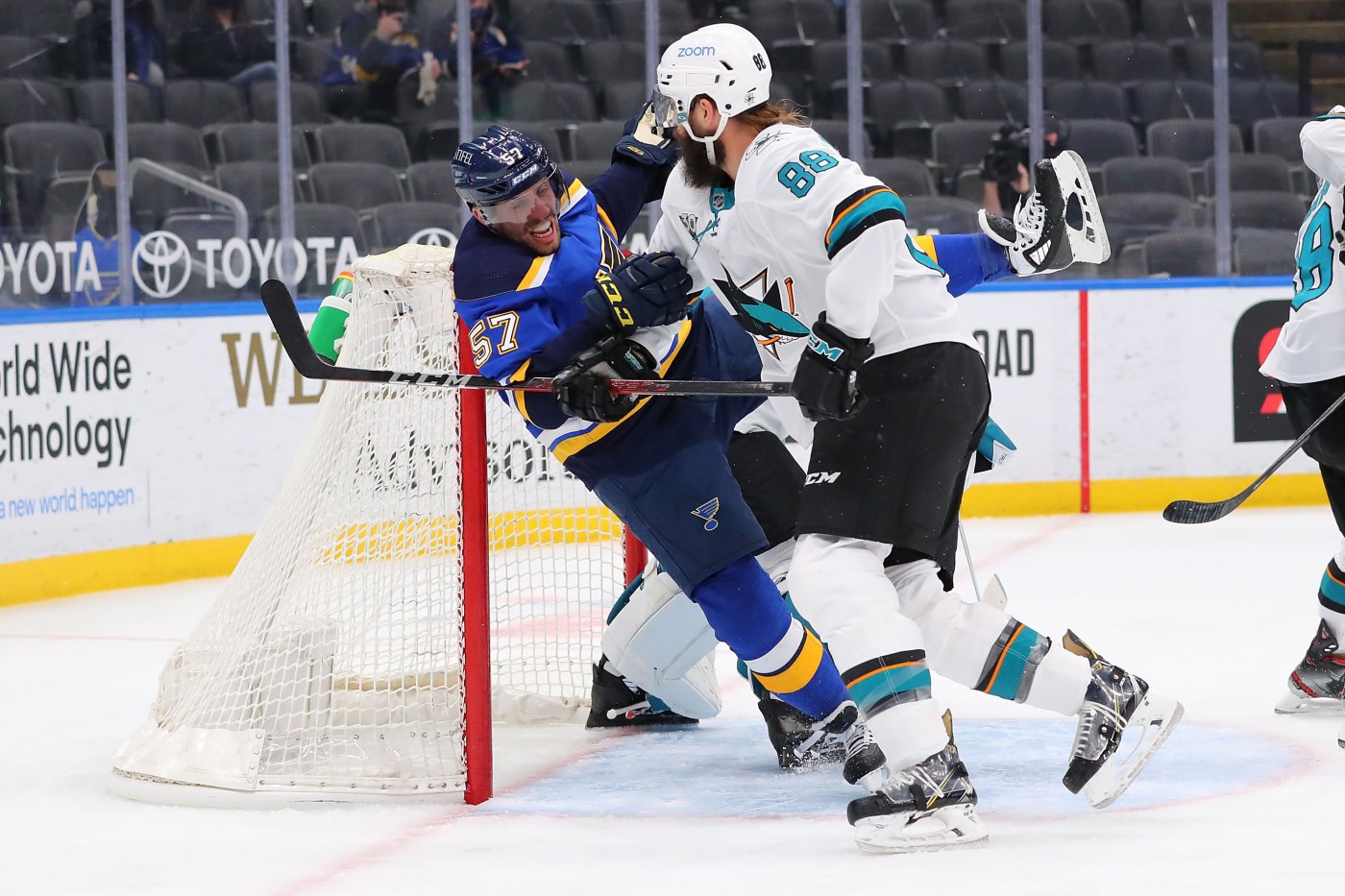 The San Jose Sharks expressed some frustration Friday with how their game with the St. Louis Blues was officiated the night before.

Sharks coach Bob Boughner didn’t like the tripping call that was assessed to Timo Meier with less than five minutes to go in the third period in a one-goal game, and didn’t understand why Torey Krug wasn’t whistled in overtime when he checked Tomas Hertl from behind into the end boards next to the San Jose net.

“Timo’s chasing down an icing if you watch it again,” Boughner said. “Maybe he could have pulled off the guy a little bit, but by no means did he hit a guy from behind or trip him with his stick. I thought that was an iffy call.

“In overtime, I believe that Tommy Hertl got hit from behind by Krug. If you’re gonna call one, you need to call the other. You have to have the same standard and I didn’t think — call it what you want, a bad call, a missed call, whatever — I think that in those parts of the game, you’ve got to let the players play. There’s going to be some battle and if you’re going to call something it’s got to be the same both ways.”

Thursday’s game marked the fifth time in the last six games that the Sharks have taken more penalties than they have drawn. Along with Patrick Marleau’s hook of Ryan O‘Reilly in overtime, when as the Blues captain streaked toward the San Jose net and tried to play a pass from David Perron, the Sharks took four penalties and were awarded just one power play.

Marleau didn’t like the penalty, and argued his case with referee Tim Peel. Perron then scored 39 seconds later at the 4:00 mark of overtime to give the Blues a 3-2 win. The two teams finish the two-game series in St. Louis on Saturday.

“In my opinion, I thought Patty’s was a penalty. Timo’s definitely was not. I don’t think he even touched Bortuzzo in that corner,” Sharks captain Logan Couture said. ”It was just a mistake by the referee and that’s going to happen throughout a game.

“Obviously, we would like that not to happen with five minutes left (with) a one-goal lead. But it happens. We went out and killed it. Overtime, we just couldn’t get the job done.”

The amount of penalties the Sharks are taking lately is not only stifling any momentum, it’s also costing them valuable points. The Sharks gave up three power play goals last Saturday in a 3-1 loss to the Vegas Golden Knights, and three more the game before in a 6-2 loss to the Los Angeles Kings.

Couture pointed out the Sharks have now taken three penalties in six overtime games this season. In 15 games, the Sharks have been shorthanded 57 times, including 20 times in the last five …read more