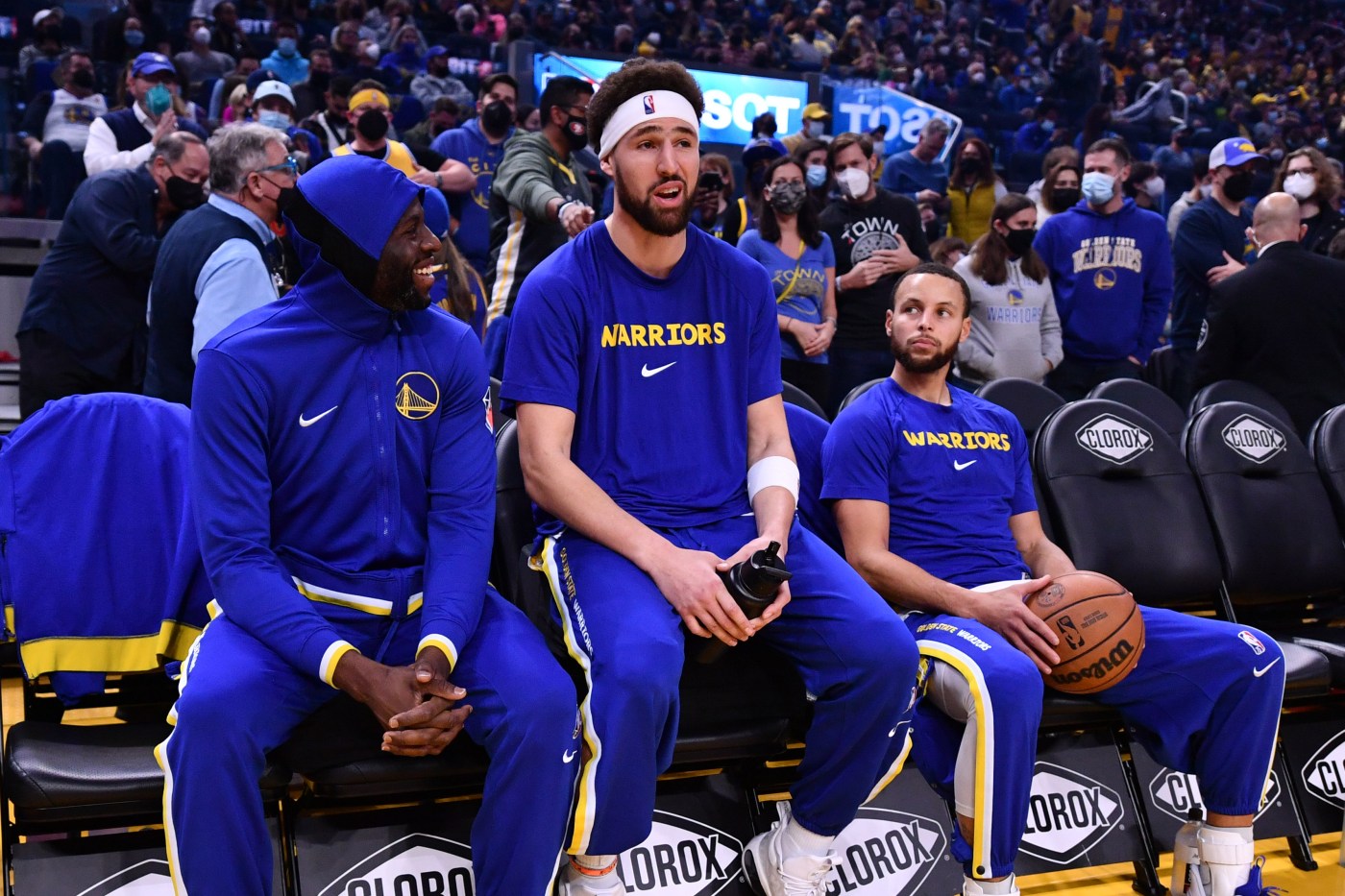 SAN FRANCISCO — Draymond Green’s name never appeared on the Warriors injury report. He was introduced in the starting lineup and took the court alongside Klay Thompson. Then, he casually jogged up to Cavaliers point guard Darius Garland and laid both his hands on him, drawing a whistle, and headed to the bench, never to return.

It was all part of a last-minute plan hatched by the Warriors so that Green could participate in Klay Thompson’s return without jeopardizing the health of another star, coach Steve Kerr explained afterward. Green felt a “twinge” in his calf during warm-ups, and the Warriors didn’t want to take any chances, Kerr said, adding that he hoped it would be a “short-term thing.”

“There’s no way we were going to risk playing him,” Kerr said. “He was devastated. … It was good to get him part of the festivities but it was tough to see him not be able to play.”

The injury prevented Green from playing, but not from starting.

Green participated in the Warriors’ scrimmage at practice Saturday. Once he tweaked his calf, hours before tipoff, it set into motion a series of phone calls. He was still committed to starting alongside Thompson.

To share the court with Thompson came at a sacrifice for Green, at least statistically. By stepping on the court — Green recorded 7 seconds in the box score — that means this game counts toward his per-game averages for the season. In one night, all of Green’s three signature stats fell by two-tenths of a point (to 7.8 points, 7.6 rebounds and 7.4 assists per game, after Sunday).

Photos: Golden State Warriors Klay Thompson returns to play after 941 days out of the game

“I think Draymond only cares about one thing: that’s winning. He does things that don’t show up in the box score,” Thompson said. “It just felt right to have him out there, for even a second. I appreciate him and I can’t wait to compete with him again.”

The Warriors sent out their first public notice at 5:31 p.m., moments before tipoff, after both sides were notified.

So, when Green slowly made his way across halfcourt after Cleveland secured the ball, Garland knew exactly what was about to happen.