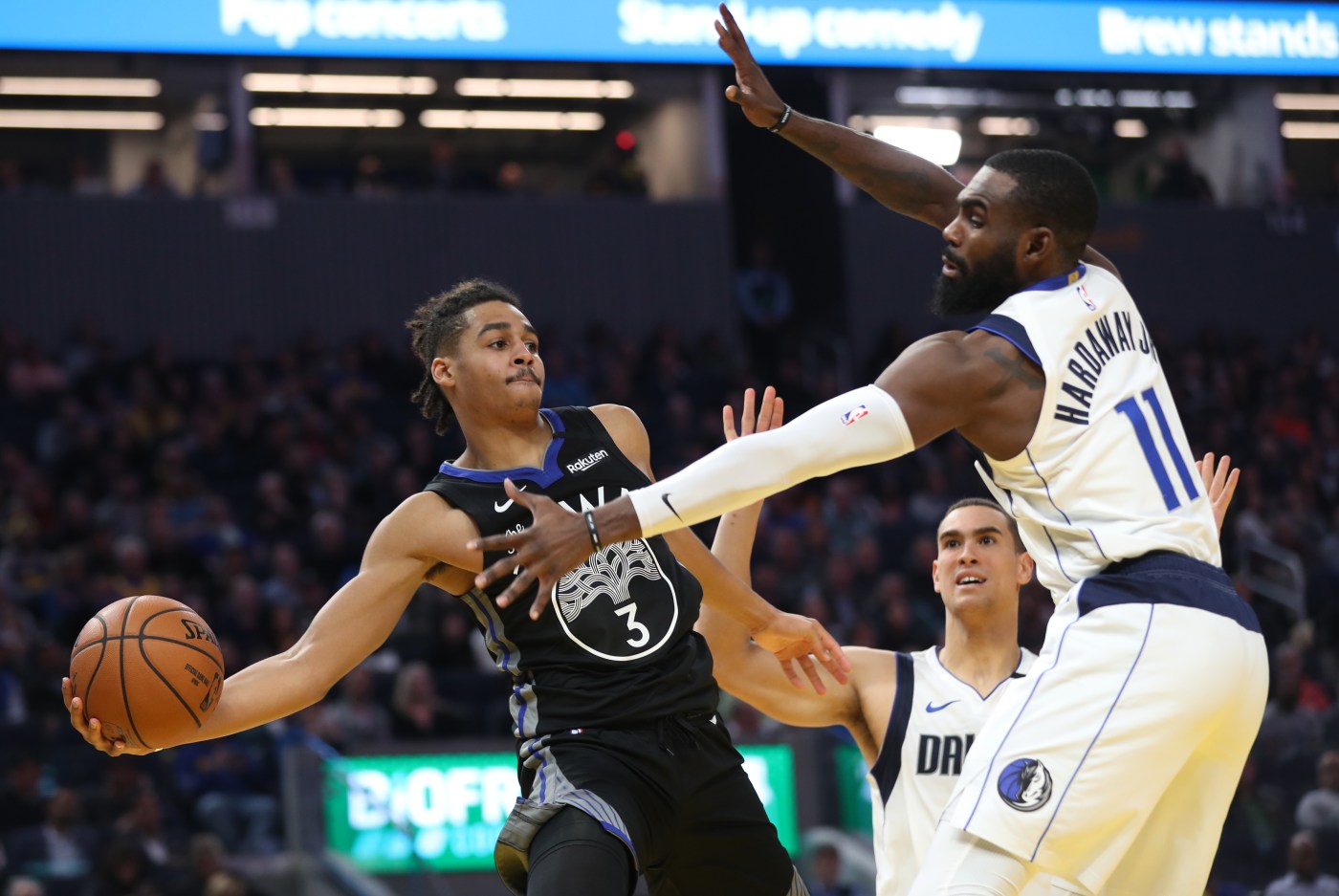 SAN FRANCISCO — Down by double-digits late in the third quarter, rookie Jordan Poole counted to four, rose to his feet and, with a grin, pointed to the Warriors’ bench where Stephen Curry was sitting.

Poole had gotten fouled while making his third 3-pointer of the game and copied Curry’s signature finger-counting celebration. Poole’s performance was one of few encouraging stories from the Warriors’ 124-97 loss to the Mavericks Tuesday night at Chase Center.

After struggling for most of the season, Poole, the No. 28 pick in June’s NBA Draft, had every reason to doubt his skills. Still, he finished with 17 points on 6-for-12 shooting (3-for-7 from 3-point range), five assists and one memorable moment with the two-time MVP.

However, Curry and Thompson can only help so much while sitting on the bench. Currently mired in a losing streak that started with a Dec. 28 loss to these Mavericks, the Warriors (9-33) have now dropped nine straight games to claim the NBA’s worst record.

The same issues that plagued the Warriors in Sunday’s loss in Memphis resurfaced Tuesday, as they were outscored in the paint by 10 points, outrebounded 53-to-36 and turned the ball over 14 times while Mavericks center Dwight Powell finished with 21 points on a perfect 9-for-9 from the field.

Meanwhile, Golden State’s offense continued to struggle. Though Poole made three 3-pointers in the game, his teammates managed only six more, as the Warriors went 9-for-32 from beyond the arc and shot 44.8% overall compared to 51% overall for the Mavericks.

This result should have been expected. The Warriors entered the night with the league’s worst-rated offense and bound for the draft lottery, while the Mavericks entered as the league’s top scoring team poised for a playoff run.

Kerr has made lineup changes and scheme adjustments during the losing streak to help the offense break through, but there’s only so much he can do with his current personnel. Still, he will continue to tweak things as the team seeks to end their longest losing streak of the season.

Though the possibility remains that both Curry and Thompson could eventually return to the lineup this season, such a boost is not something these Warriors should count on.

Warriors to sign Marquese Chriss to a 2-way contract