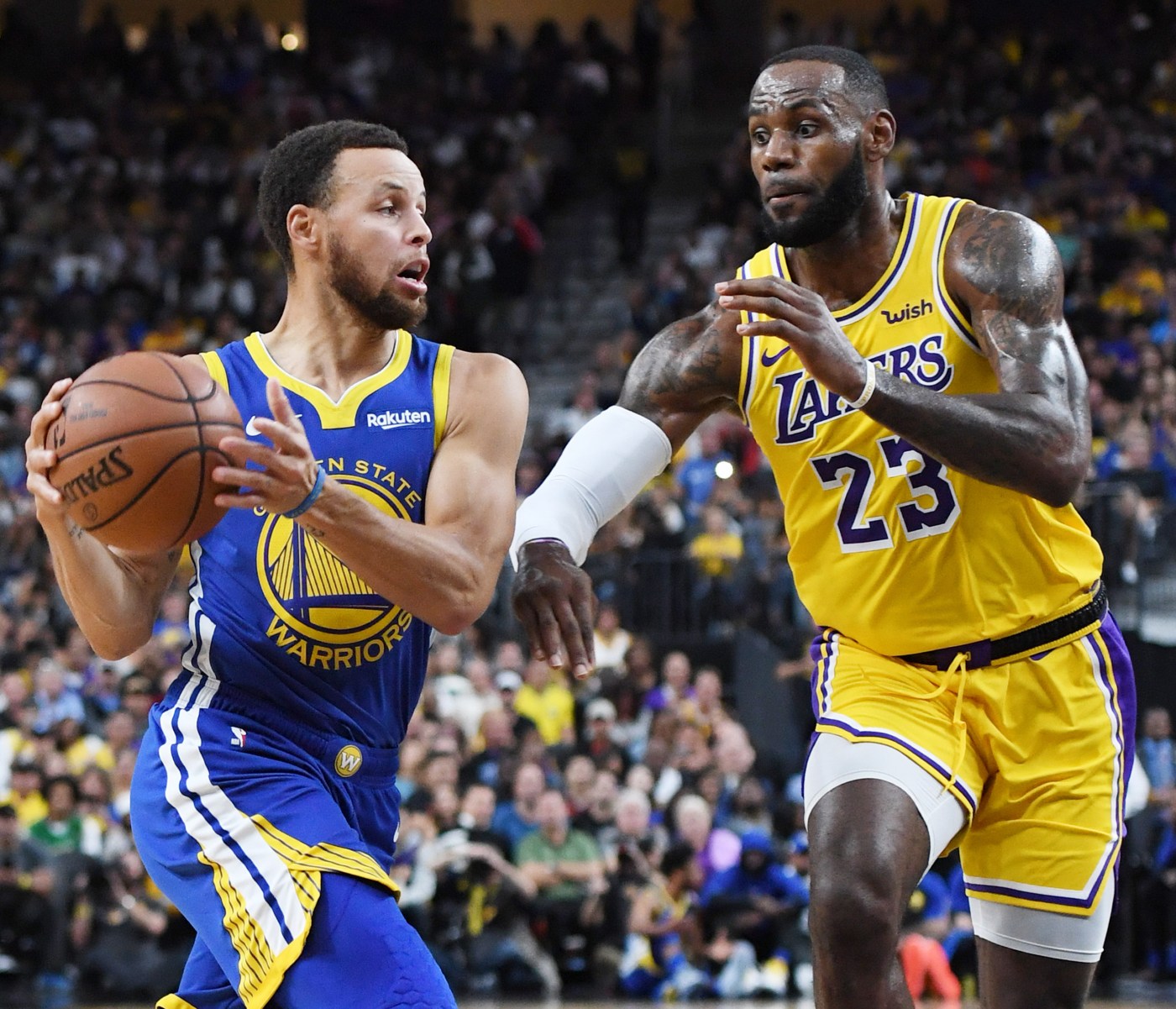 In an extremely early look forward to next NBA season, the Golden State Warriors are among the betting favorites to win the Larry O’Brien Trophy in 2021.

The Los Angeles Lakers, who captured their first title in a decade Sunday night, have the shortest odds at the 2021 championship, opening at the Caesars Sportsbook at 15-to-4 odds. But not far behind them are the Warriors at 8-1, good for fourth among all teams.

The Warriors expect to have their All-Star trio of Steph Curry, Klay Thompson and Draymond Green back on the court together for the first time since the 2019 NBA Finals. Since that time, they’ve lost superstar Kevin Durant, replacing him in the starting lineup with Andrew Wiggins — and they’ll also have the No. 2 pick in next month’s draft, provided they don’t swap the pick for a current player who they expect to help more immediately.

Watch: Steph Curry teams up with Joe Biden to talk to Charlotte kids about voting

Kurtenbach: The NBA is about to change forever. That’s a good thing

In the crowded Western Conference, the Warriors and Lakers must compete with the LA Clippers (4-1 odds), Denver Nuggets (20-1) and Houston Rockets (20-1) just to reach the title.

Eastern Conference favorites include the Miami Heat, this year’s East representative in the Finals, at 15-1. But listed ahead of Miami are back-to-back MVP Giannis Antetokounmpo’s Milwaukee Bucks (6-1), the young Boston Celtics (12-1) and Durant’s Brooklyn Nets (10-1).

Here’s the full list of odds as they opened at the Caesars Sportsbook: