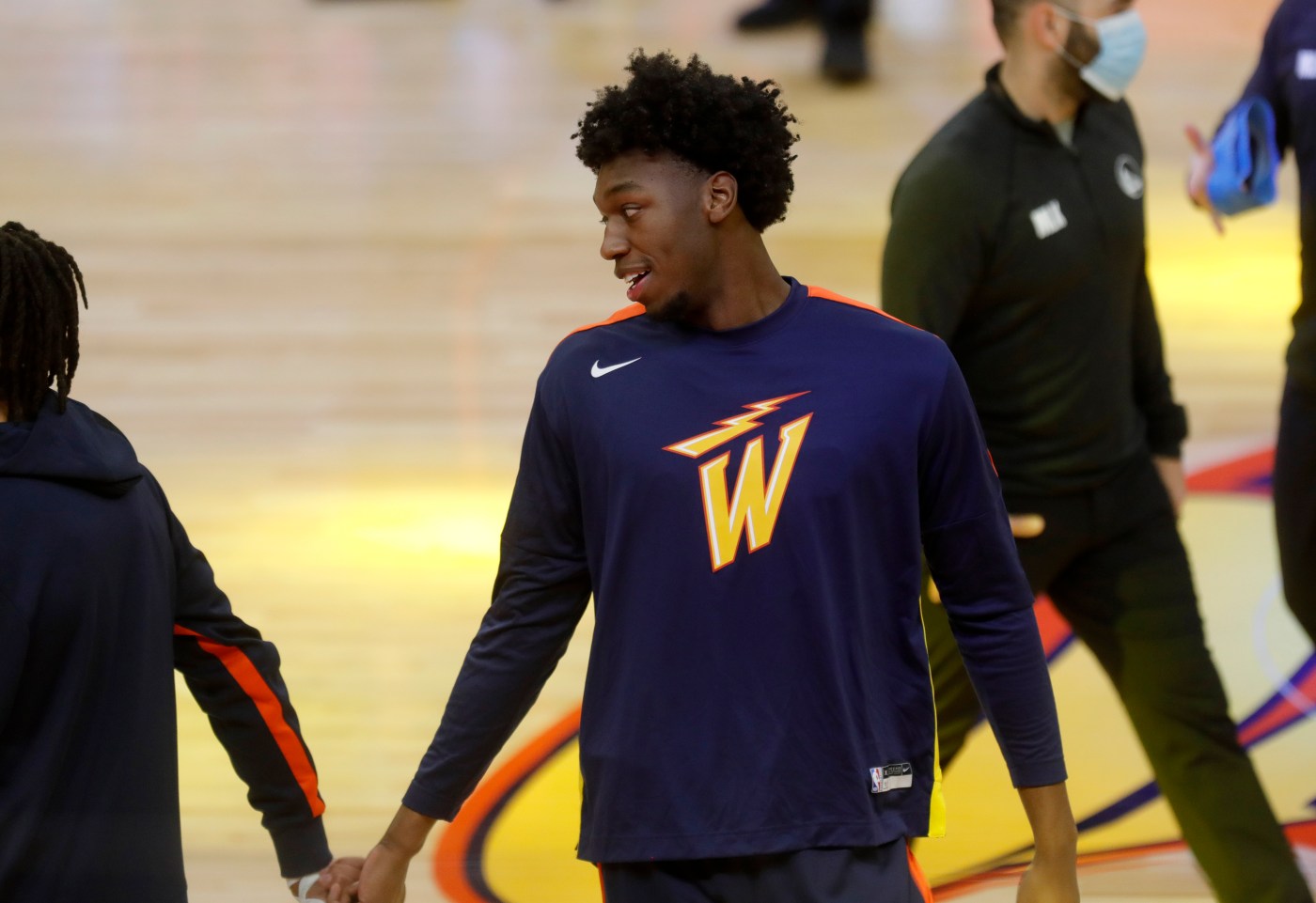 Wiseman (left wrist sprain) has been sidelined since Jan. 30’s loss to the Pistons and Looney (left ankle sprain) hasn’t played since Feb. 2’s loss to the Celtics. Both practiced fully with the Warriors on Monday and will be re-evaluated before Tuesday’s tipoff against the Knicks.

If both are active, Looney is expected to get the start at center, according to head coach Steve Kerr.

This could be a major boost for Golden State, which has been without a traditional center for the past 10 games and has been forced to play lineups without a single player taller than 6-foot-7. The Warriors are 5-5 during that stretch.

Their return will bring about rotation questions, as Kerr will have to find time for both to play in the front court along with forwards Draymond Green, Eric Paschall and Juan Toscano-Anderson, who has thrived as a starter this month. Kerr acknowledged last week he will have to have some “difficult conversations” with players who will see their roles reduced.

» As for Paschall, the second-year forward has spent most of this season playing exclusively as a small-ball center off the bench. But Golden State could be forced to play him more at his traditional power forward spot in order to make room for Toscano-Anderson, who has emerged as a capable rotation piece.

“I think there are going to be times where we’ll want him to be a small-ball five but, in order for us to really help Eric develop and for his career to blossom, he needs to play some four, and he needs to be able to flourish in that role as well,” Kerr said Monday. “So I think you’ll see some of that going forward. You’ll still see some five, depending on matchups and lineup combinations, that sort of thing.”

» Count Kerr among those impressed with Toscano-Anderson in recent weeks. He’s publicly lobbied for the 27-year-old forward, currently on …read more

Marvel Studios & Disney+ | SUPER BOWL 2021 | Promo
Jeremy Lin on racist attacks against Asian Americans: “It makes me want to do something”
SHARES
ShareTweet