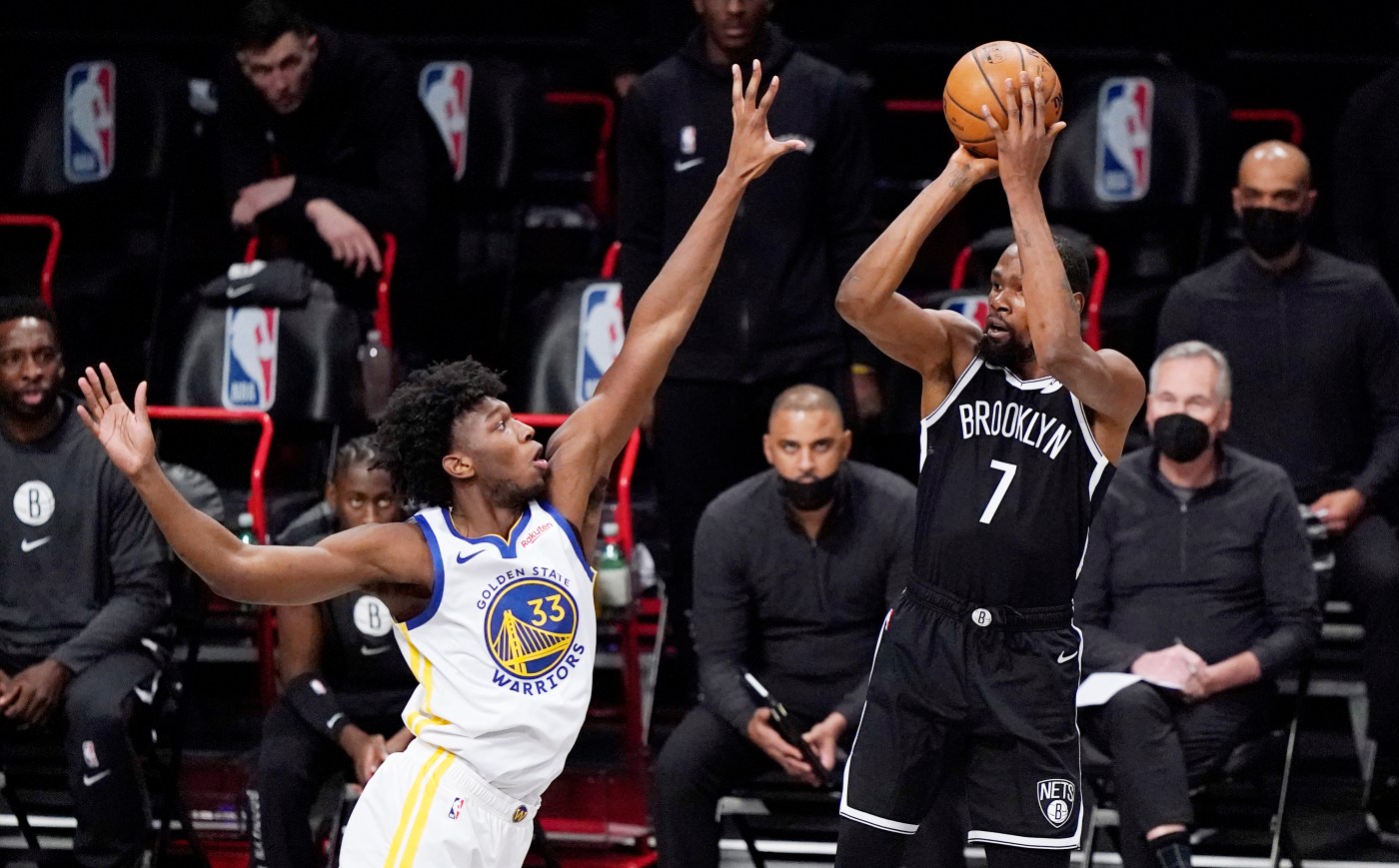 Nearly every day, James Wiseman’s phone lights up with a text from Kevin Durant.

“We talk about the system, how he was able to fit into the system here,” Wiseman said of Durant, who he met in high school when filming a video for a Durant-backed startup. “He just gave me a lot of advice.”

If anyone knows what it’s like to be a high-profile player tasked with fitting into the Warriors’ unique read-and-react system, it’s Durant, whose three years in Golden State were defined by championship runs and tension. Wiseman, 20, hopes to replicate the way Durant once fit into the Warriors’ ecosystem while also putting his own stamp on it and winning at a high level.

There’s a difference, of course: Durant was a former MVP on a Hall-of-Fame track joining a 73-win team on the heels of a Finals appearance. Wiseman, who the Warriors selected with the second-overall pick in November’s draft, had played all of 69 minutes in college and was being added to a team coming off a 15-win season. But Wiseman, 20, will take whatever guidance comes his way during his up-and-down rookie season.

The Warriors remain confident that Wiseman will find his rhythm during the final stretch of the regular season, but head coach Steve Kerr says the team can’t “force the issue.” Kerr explained that Wiseman, who is averaging 11.4 points and 5.8 rebounds per game and has seen his role and minutes fluctuate, needs more than just playing time to realize his potential.

“I think it’s important not to automatically assume that minutes equal development,” Kerr said after Monday’s practice. “I think development also includes observation from the sidelines, earning time, earning minutes. If there are mistakes made in the previous game, let’s work on those mistakes. And if we correct those then we get more playing time. If we don’t correct them then we get less playing time. So it can’t just be, ‘Throw him out there and let him go for 30 minutes’ because frankly, he’s not ready for that.”

While rookies in his draft class such as LaMelo Ball, Anthony Edwards and Tyrese Haliburton have thrived, Wiseman after 50 games has yet to find his footing. There were extenuating circumstances: Summer League was canceled because of the pandemic, he missed training camp after registering a positive coronavirus test, missed 11 games with a sprained wrist and then three more because of coronavirus contact tracing.

Since starting and scoring 19 points on opening night in Brooklyn, Wiseman has seemingly regressed. He was pulled from the starting lineup after 16 games and, after he was re-inserted for developmental purposes, the Warriors have lost six of seven games. He flashed his unique skillset early in the season with transition dribble moves and dunks, but it’s been months since his last breathtaking moment.

“This process from the very beginning has been so convoluted, because of COVID, and because of James’s situation in Memphis last year,” head coach Steve Kerr said. “So what we’ve learned is we can’t rush it, we …read more