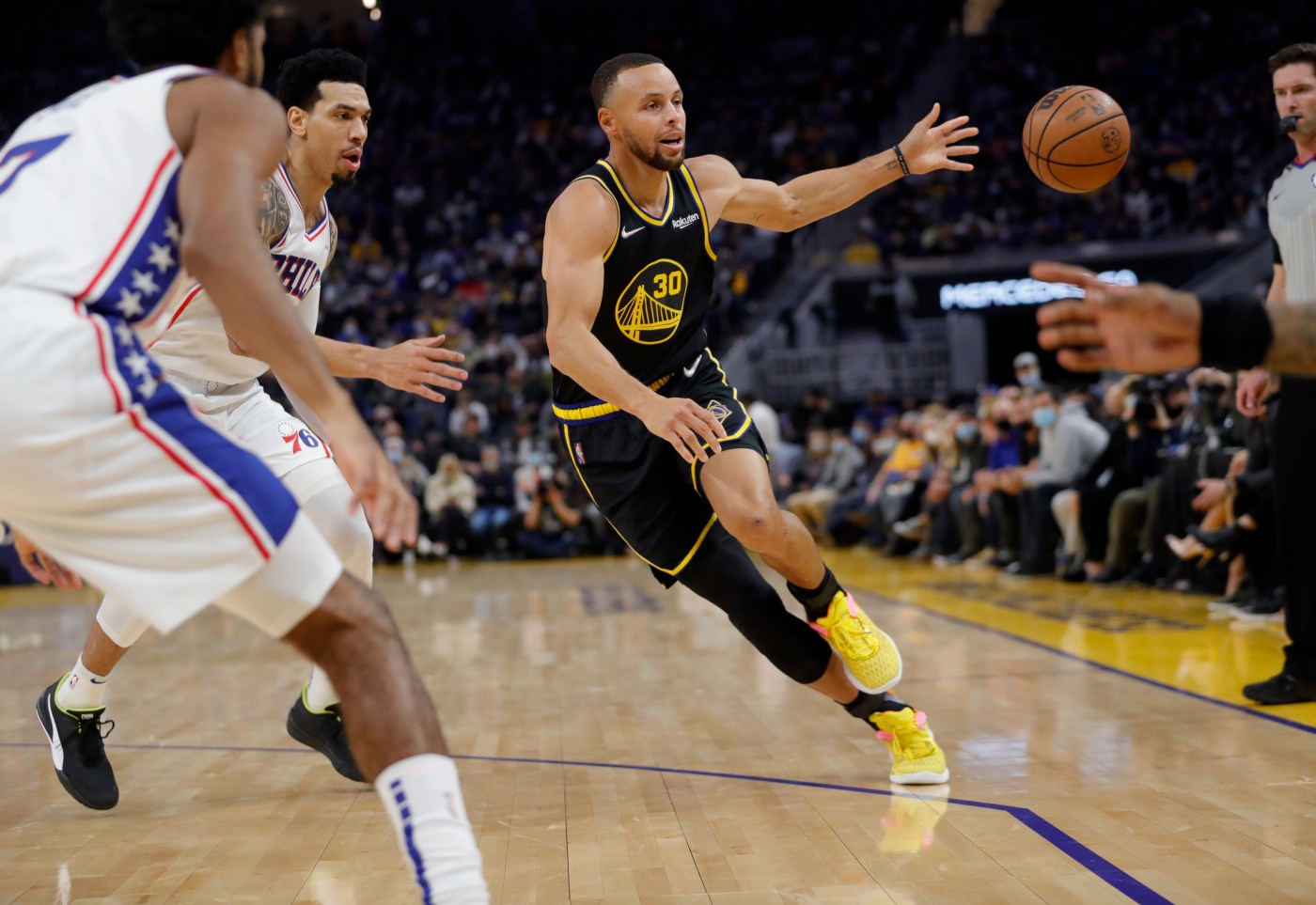 SAN FRANCISCO — The first half of this Thanksgiving eve game saw, arguably, one of the worst first half performances by the Warriors this year. But these Warriors have no problem overcome their worst. Led by Juan Toscano-Anderson and Jordan Poole, the Warriors overcame a 19-point deficit to beat the Philadelphia 76ers 116-96, a 20-point victory.

That half was dragged down primarily by a lethargic and disjointed first quarter in which the Warriors put up 23 points shooting 8-of-19 (42%) from the field and 3-of-9 from three.

Worsening Golden State’s lethargy was a suffocating Philadelphia defense that switched well to drown the Warriors’ off ball movement. Curry finished the half 5-of-10, 3-of-7 from three point land as Danny Green and the Sixers kept him close.

The NBA’s top defense looked porous against the Sixers, who were attacking off the dribble and drawing plenty of touch fouls. Draymond Green landed in foul trouble with four personal fouls before the half.

Midway through the second quarter, the Warriors were down 19 points — the largest deficit of the season by four points. With the first half’s minutes ticking down, the Warriors locked in defensively with Green on the bench and climbed into a nine-point deficit after Jordan Poole hit a buzzer-beater from half-court to end the half.

It sounded like an alarm for the Warriors in the second half as they snapped out of their slumber. The Warriors climbed into the lead in the third quarter.

Klay Thompson’s back at Warriors practice — when will Wiseman return?

With the Warriors, you pick your poison

Kurtenbach: Steph Curry is at his peak, but the difference with these Warriors is something else

With the quarter winding down, Steph Curry hit his fifth three-pointer and Damion Lee, in a devastating slump 10% from three since he returned from hip injury, hit a three from the corner with a few seconds left. But Philadelphia’s Shake Milton hit a buzzer-beater to make it 86-84 Warriors advantage heading into the final quarter.

Without a shot attempt in the first half, Toscano-Anderson helped turn the energy in the second half defensively and wrangled  six rebounds with six assists and 13 points. A performance punctuated by a dunk over 6-foot-10 center Andre Drummond and a put-back dunk that got the Chase Center crowd out of their seats.

Poole had words for the Sixers bench amid the comeback. He’d score 17 points with two three-pointers, including that buzzer-beater.

Marvel Studios & Disney+ | SUPER BOWL 2021 | Promo
Dolphins could get their injured centers back ahead of game against Giants; Phillip Lindsay held out Thursday
SHARES
ShareTweet