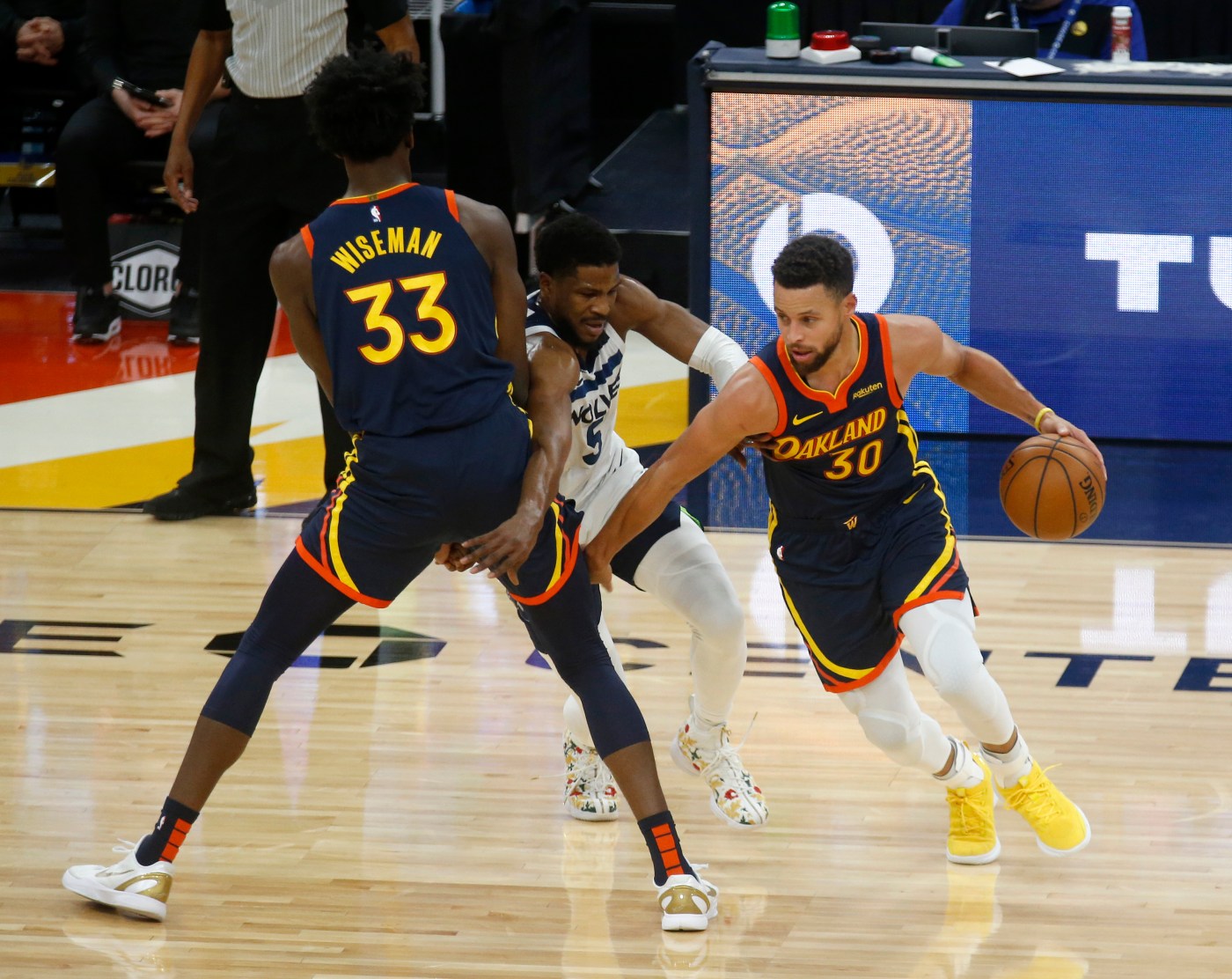 Curry, who missed Saturday night’s loss to the Charlotte Hornets because he was not feeling well, was a full participant during Monday’s practice in New York. That was the first absence for Curry during a season in which he’s playing at an MVP level. In 34.1 minutes per game, he is averaging 29.9 points on 48.6% shooting (42.3% from 3-point range), 6.2 assists, 5.4 rebounds and 1.2 steals.

Getting Wiseman and Looney back is a major boost for the Warriors, who have been playing without a single player taller than 6-foot-7 for the last 10 games. Golden State is 5-5 in that span.

Wiseman will play for the first time since spraining his left wrist in a loss to the Pistons on Jan. 30, and Looney will return from a sprained left ankle that sidelined him since Feb. 2.

Warriors’ Steph Curry out in Charlotte after ‘not feeling well’

Besides Steph Curry, who will be the Warriors’ next All-Star?

Could Larry Krystkowiak, Mark Pope and Craig Smith all be on the move this offseason?

Steph Curry on playing in All-Star game: ‘We know what we all signed up for’