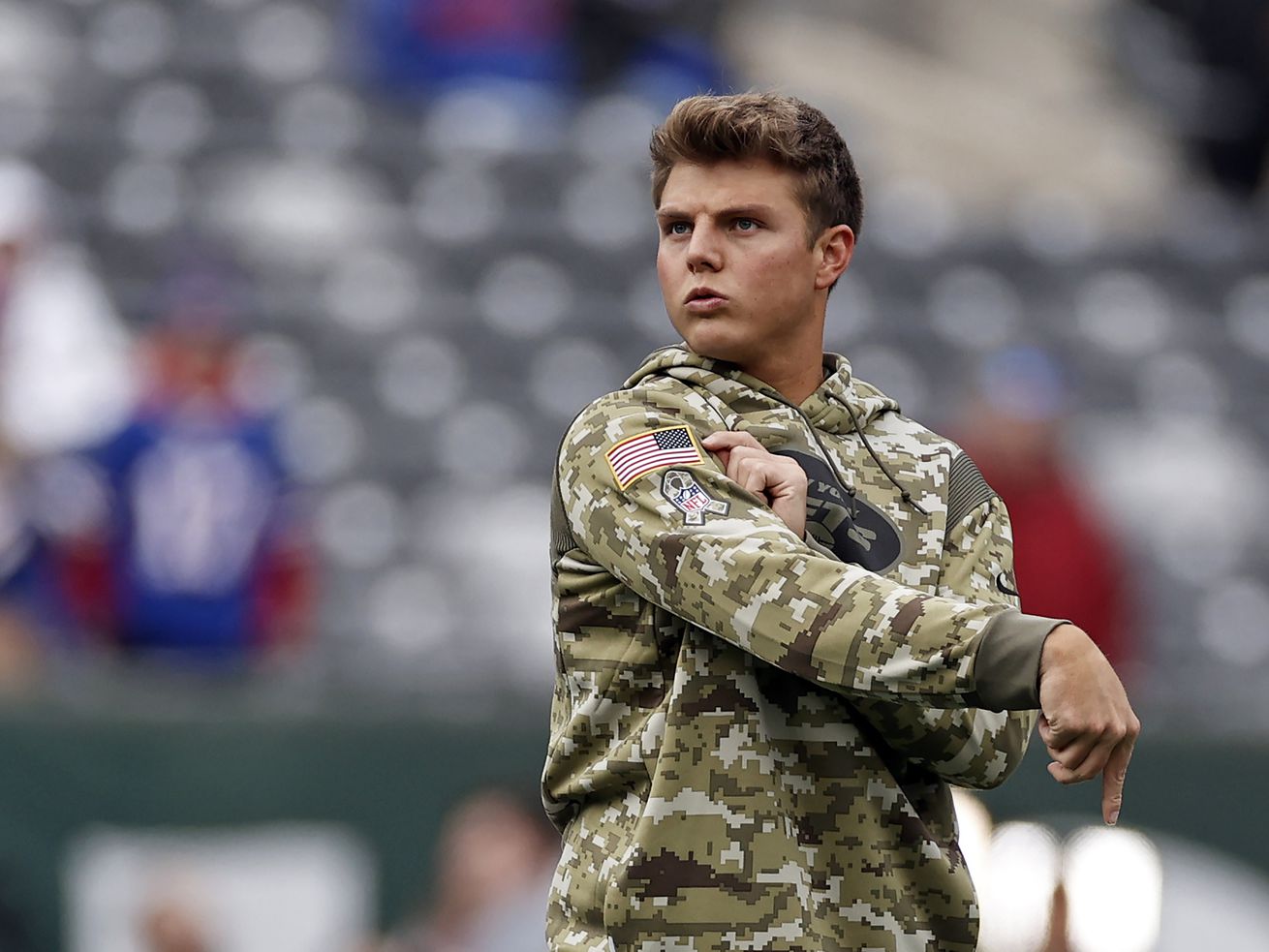 The former BYU star had a rough go of things before getting injured. He’ll be back in action Sunday, hoping for better results.

The New York Jets have this knack — no, it’s a gift — for chewing up quarterbacks, which is why I begged them in the spring not to draft Zach Wilson.

No, they did not.

They made him the second pick of the draft. Then they threw him into the lineup on opening day, and the mayhem commenced.

The Jets said they would protect Wilson. They did not. Wilson was a human Whack-A-Mole. He was battered and didn’t play well. A month ago he sprained the posterior cruciate ligament and has missed four games waiting for the knee to heal.

Wilson, who is scheduled to return to the lineup this week, was sacked 19 times in the first 5½ games. It would’ve been 40 if not for the kid’s mobility. There were times it looked like he was trying to set up for a pass in the middle of I-15 at rush hour.

Fifteen of those sacks came in the first three games. During that stretch he was pressured on 38.5% of his drop-backs. According to ESPN, six of Wilson’s seven interceptions during those games and 11 of his quarterback hits came against mere four-man rushes. The protection improved the next three games — Wilson was sacked only four times — but for the season he still has a sack percentage of nearly 10% (frequency of sacks when he drops back to pass). And then of course he was injured.

Maybe things will be better when he returns to the lineup.

“We said we’re gonna make sure we protect this young man, so when he is fully healthy and he feels like there’s no limitations in his ability to play football where he’s not thinking about that knee, we’ll get him out there,” first-year Jets coach Robert Saleh told the New York Post.

The Jets are hard on quarterbacks. As noted last spring, they have drafted 12 quarterbacks since 2006, six in the first two rounds. They didn’t hang around long.

It doesn’t bode well for Wilson.

The protection of Wilson can’t be put entirely on the offensive line. He has four touchdowns passes and nine interceptions. He holds the ball too long. A league-leading eight of those 15 sacks occurred at least 4.5 seconds after the ball was snapped, according to NextGenStats.

“It’s OK to play a boring game of football. That’s really it,” Saleh told ESPN after one game. “He’s an electric dude. He’s competitive … and he wants to win so bad, but sometimes it’s OK to be boring.”

In Wilson’s absence, Mike White, the Dallas Cowboys’ fifth-round draft pick in 2018 who was signed to the Jets practice squad and waived briefly in 2020, threw for 405 yards and three touchdowns …read more