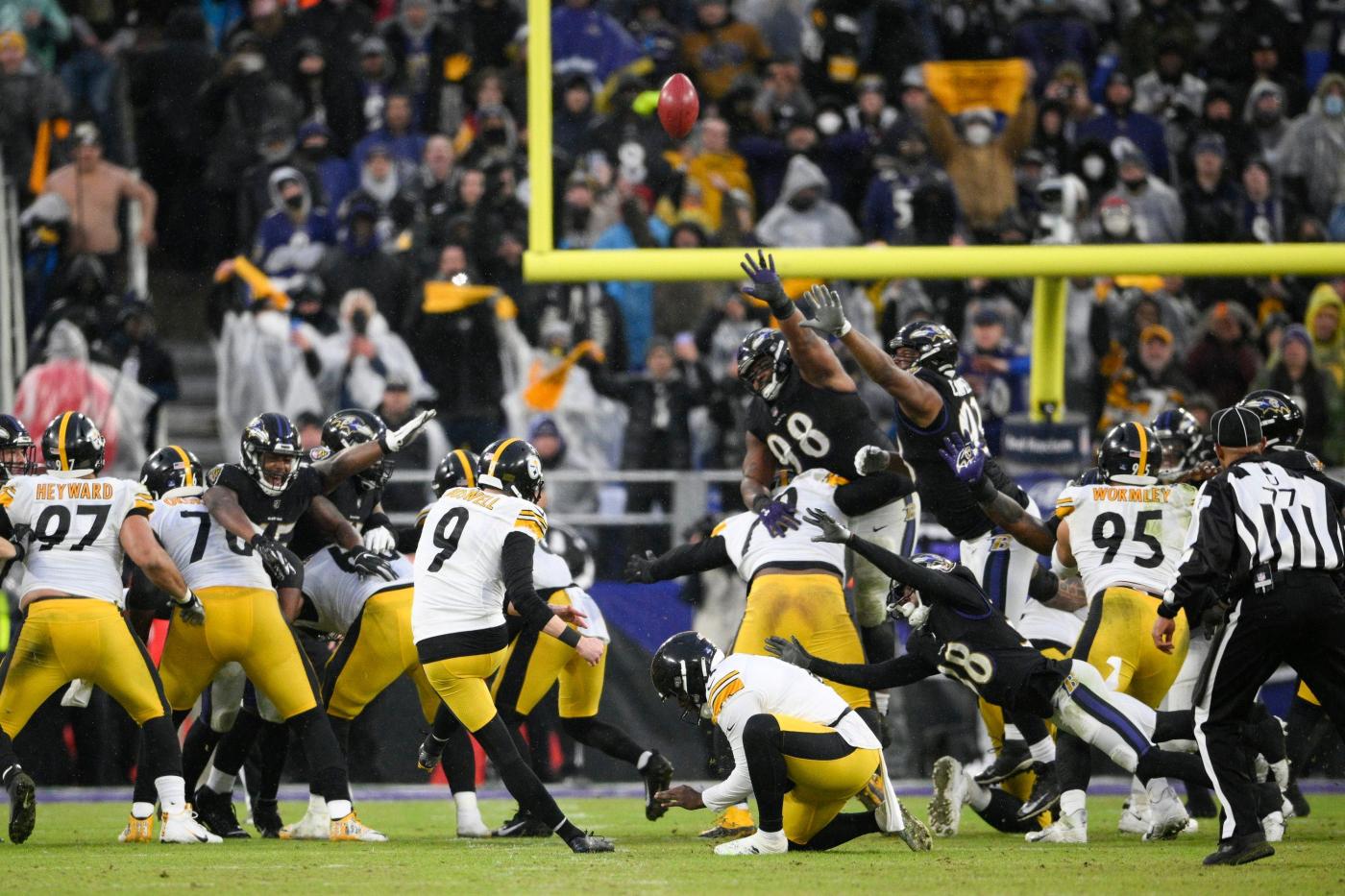 About 15 minutes after the Ravens’ season ended late Sunday afternoon, the procession inside M&T Bank Stadium started. First came coach John Harbaugh, then five players, a dejected lot shuffling into a nearly empty press conference room, one after another, to explain why this 16-13 overtime loss to the Pittsburgh Steelers was so difficult, so emotional, so fitting.

In a season of small margins and big disappointments, the Ravens had come up short for the final time. Their sixth straight loss was like so many of the others that preceded it: Victory was within reach, their injuries and illnesses and bad bounces be damned. And then it wasn’t.

The Ravens’ season had ended that suddenly, their lifeline ripped away with kicker Chris Boswell’s 36-yard field goal late in overtime, but for more than a month they’d played like an ejection from the playoff race was inevitable. When the offense needed a touchdown, it got a field goal. When the defense needed a stop, it missed a tackle. “They made the plays,” defensive end Calais Campbell said, “and we didn’t. Football is as simple as that.”

After maybe the last game of his standout career, Campbell lingered on the field briefly, absorbing the enormity of the moment and perhaps the scale of the Ravens’ collapse. When they traveled to Pittsburgh in Week 13, the 8-3 Ravens were the AFC’s No. 1 seed. They were maybe not the NFL’s best team, but they seemed to be the league’s most clutch.

But after six weeks, five losses by three or fewer points and one lingering ankle injury to quarterback Lamar Jackson, the Ravens finished 8-9, last in the AFC North for the first time under Harbaugh and out of the postseason field for the first time since 2017. Even worse, longtime nemesis Ben Roethlisberger, in what was expected to be his final game under center for Pittsburgh, flew out of Baltimore with a sweep secured and a playoff spot essentially guaranteed.

The Chicago Bears interviewed Ran Carthon for their GM vacancy. Here’s what to know about the San Francisco 49ers director of pro personnel.

“Any one of these games, we could’ve found something to find a way to win the game. We would have liked to have done that, but we didn’t come up with that. So we’re not happy about that, and that’s my biggest disappointment.”

The loss stung not only because of how it ended but also because of what it represented: another missed opportunity. The Ravens’ playoff odds entering Sunday were slim. Their late-season slide had left them with about a 2% to 3% chance of grabbing the AFC’s No. 7 seed. The Ravens needed not only a win over the Steelers but also help from the woebegone Jacksonville Jaguars, two-touchdown underdogs …read more