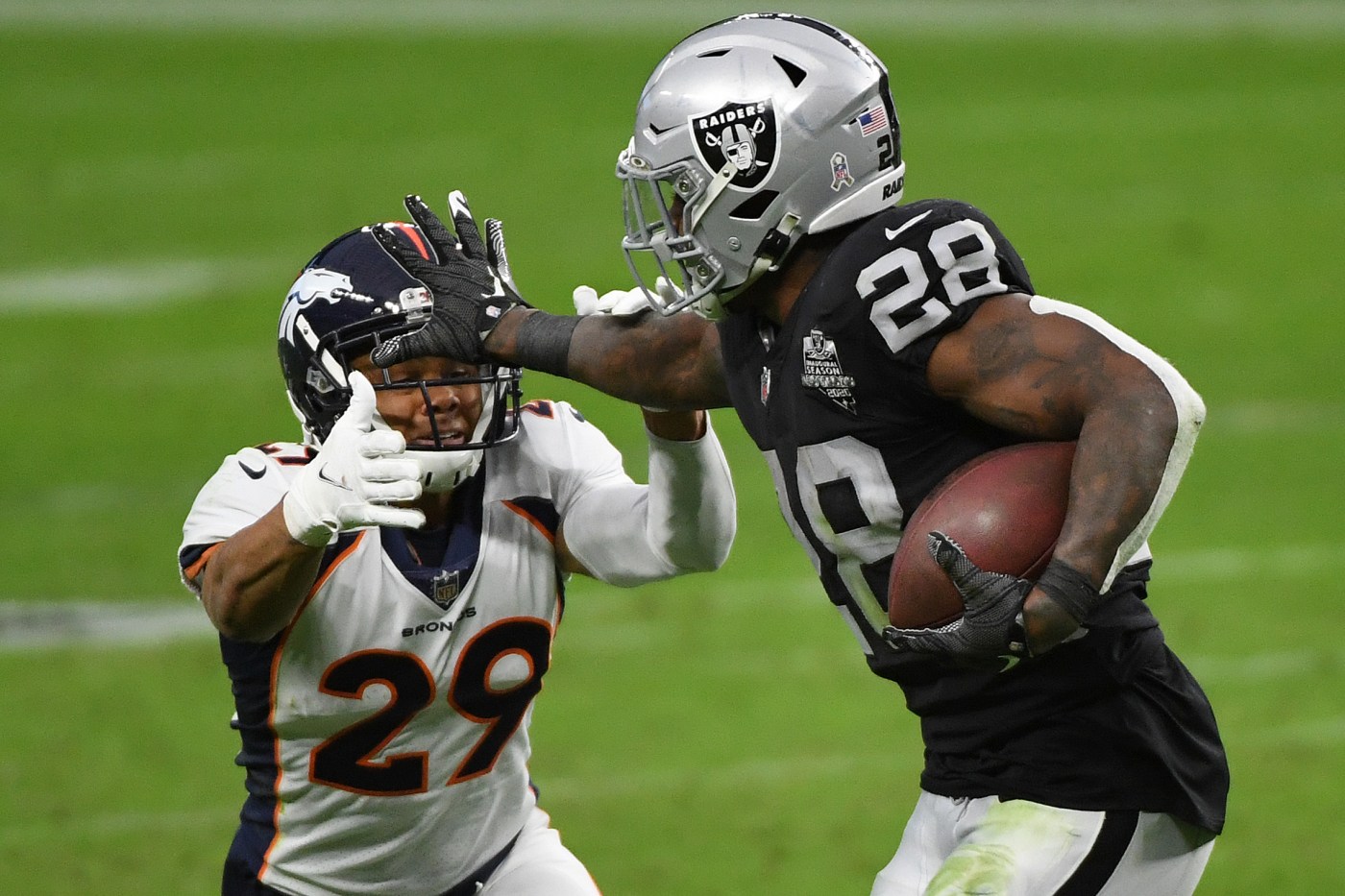 Game of the week

The Chiefs are a whopping seven-point road favorite even though the Raiders won 40-32 in Kansas City (Week 5). The Chiefs’ defense has allowed less than 18 points in three of the last four games. One thing these AFC West rivals have in common — they’ve both blown out the Broncos (by a combined 52 points).

Lock of the week

What’s happened to the Ravens’ offense? Baltimore ranks 22nd in yards, 31st in passing and 12th in scoring after steamrolling through opponents all of last year. The Ravens are a 6 1/2-point favorite, but Derrick Henry is fresh after playing 10 days ago and he rushes for 137 yards in win.

Upset of the week

The league’s most dominant defensive player (Rams defensive tackle Aaron Donald) against the league’s most accomplished quarterback (Tom Brady) on Monday. Pass rush/protection will be the deciding factor — Tampa Bay (33) and the Rams (32) rank second and third, respectively, in sacks.

Jefferson leading way. When Minnesota traded receiver Stefon Diggs to Buffalo, the return included the Bills’ first-round pick (No. 22). The Vikings didn’t mess around, drafting LSU’s Justin Jefferson to replace Diggs and team with Adam Thielen (tied for league lead with nine touchdown catches). Jefferson leads the NFL with an 18.1-yard average (minimum 40 catches) and has 42 receptions for 762 yards and three touchdowns. Jefferson has three games of at least 135 yards. The Vikings have won three straight to reboot their season and have their next three at home (Dallas, Carolina and Jacksonville — combined record of 6-24).

Malik Reed is developing into Broncos’ most effective pass rusher

Eagles still lead division. Philadelphia remains atop the NFC East with a 3-5-1 record despite giving up 35 sacks, having the same number of touchdowns as interceptions (12) and allowing 14 rushing touchdowns. The Eagles play at Cleveland. “We’re all frustrated,” coach Doug Pederson said. “We know we’re so much better (than last week’s loss to the Giants) and just got to buckle in this week. Everything is still right in front of us and we’ve got a great opportunity on Sunday.”

Bears are done. Chicago used mirrors and its defense to build a 5-1 record. But reality has arrived for the Bears, who have lost four straight and didn’t get a lift by coach Matt Nagy handing the play-calling duties to offensive coordinator Bill Lazor. Last Monday, the Bears managed only 149 yards offense in their loss to a Minnesota team that entered allowing 413 yards per game. If the season continues to fall apart, it’s time to move on from general manager Ryan Pace, who is on his second coach, and re-enter the quarterback market.