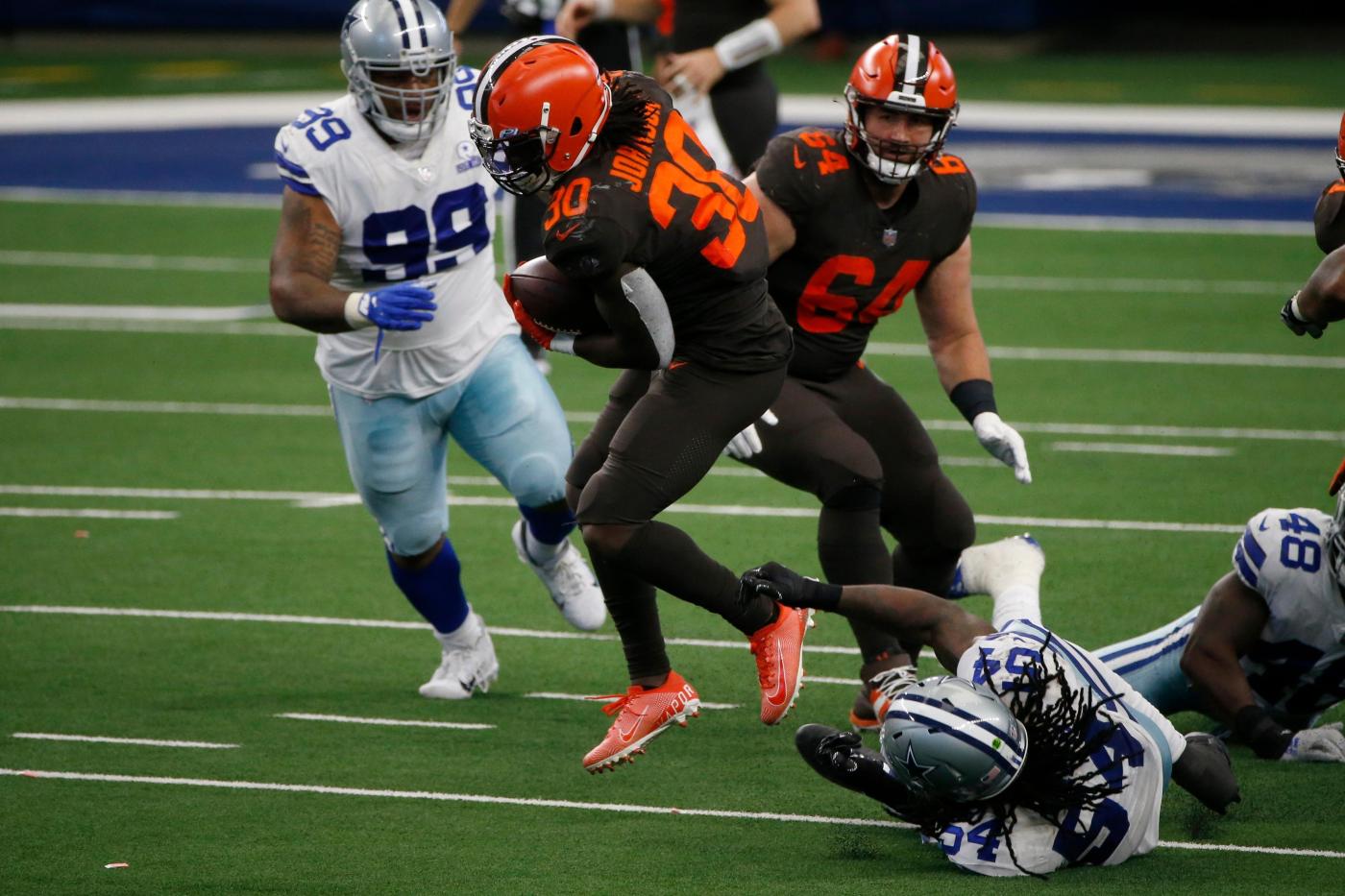 Game of the week
Indianapolis at Cleveland

Both teams have won three consecutive games after bad Week 1 losses (Colts fell to Jacksonville and the Browns were routed by Baltimore). The Colts are a 1 1/2-point road favorite, but Cleveland’s offense should make it the favorite — the Browns have scored 35, 34 and 49 points the last three weeks.

Upset of the week
Carolina at Atlanta

The 0-4 Falcons are a two-point home underdog against the suddenly surging Panthers (2-2). One of these Monday mornings, Falcons owner Arthur Blank is going to realize it’s time to move on from coach Dan Quinn. But it won’t be this Monday because Atlanta will pull off the mild upset.

Lock of the week

The Texans are a six-point home favorite despite being 0-4 and having fired coach/GM Bill O’Brien. That’s why this is our lock — teams with interim coaches usually get some kind of bump and they’re facing the right team (the Jaguars) at the right time (the Jaguars’ defense is a mess).

O’Brien gets gate. Bill O’Brien the general manager ultimately failed Bill O’Brien the head coach, resulting in his firing Monday following Houston’s 0-4 start. How attractive is the Texans job? Well, they’ve got quarterback Deshaun Watson … and then what? They don’t have first- or second-round picks in 2021 because of the trade for left tackle Laremy Tunsil. A key for any interested candidate is getting the truth about Jack Easterby’s role. Brought to Houston by O’Brien, Easterby has seen his influence increase and will reportedly advise owner Cal McNair during a search. Beware, general manager and coach candidates.

No big plays for Raiders. Las Vegas is back at sea level following a 2-0 start (2-2) and now heads to Kansas City. Uh oh. The issue is their defense isn’t making any plays. Their four sacks are tied for second-fewest in the NFL and their two takeaways is third-fewest.  “We have to get the turnovers from our defense,” coach Jon Gruden said. “That’s a big story here.” The Raiders’ next four games: At the Chiefs, vs. Tampa Bay, at Cleveland and at the Chargers. That stretch will define Gruden’s third season.

Around the NFC: Quick hook in Washington for second-year quarterback Dwayne Haskins

Packers rolling. Green Bay sprinted into its bye with a 4-0 record, a point-differential of plus-51 and quarterback Aaron Rodgers having 13 touchdowns and no interceptions. Coach Matt LaFleur is 17-3 since being hired, tied for the second-best 20-game record …read more