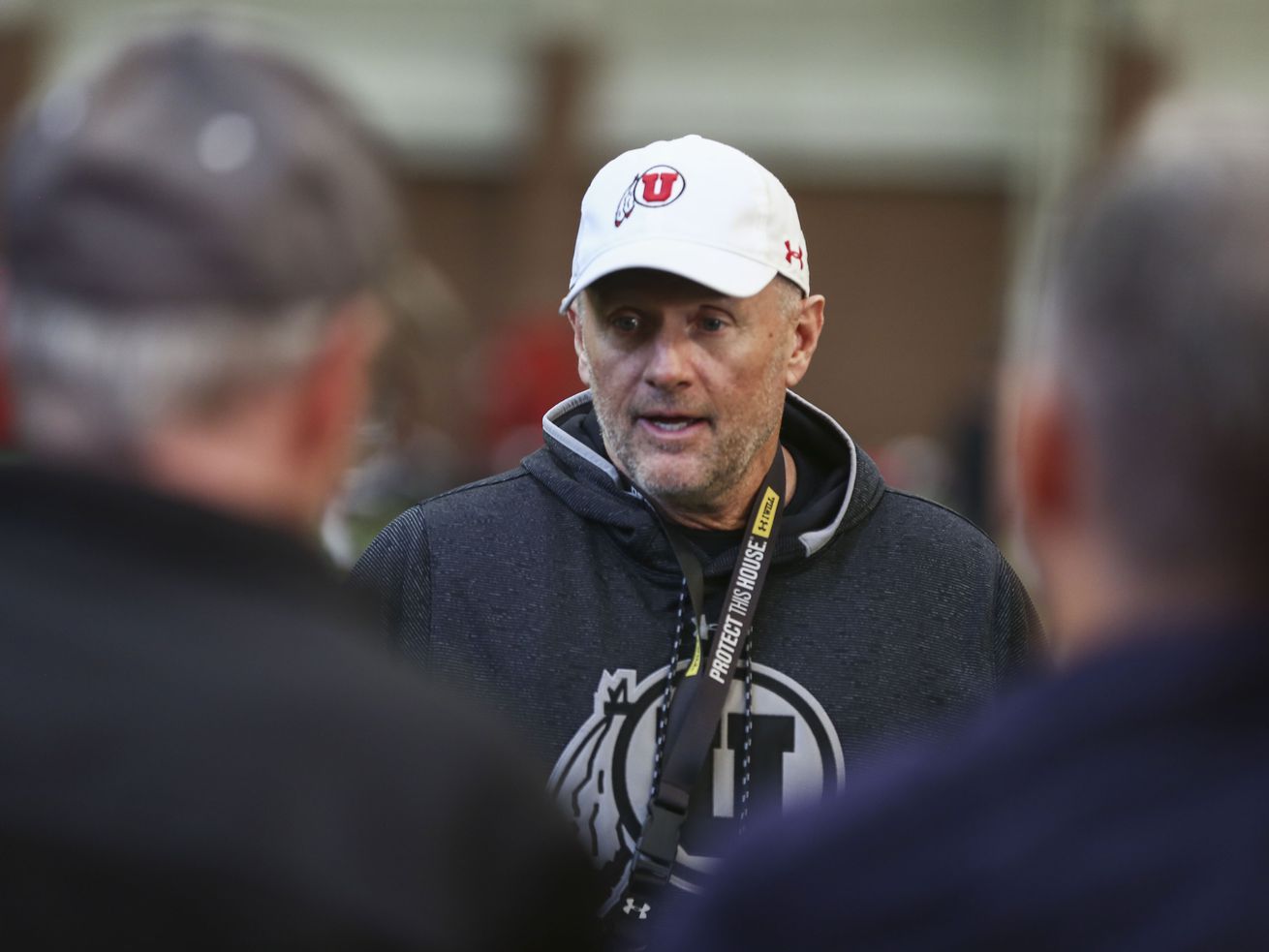 Utes set to host their season opener Saturday night against No. 20 USC (2-0)

Due to the global pandemic, it’s been 325 days since Utah’s last football game.

In recent weeks, the Utes have experienced two false starts — two games canceled because of COVID-19 issues. There are only four scheduled games remaining and next week’s contest at Arizona State could be in jeopardy after an outbreak in the Sun Devils’ program.

What does coach Kyle Whittingham hope to get out of this unique, strange, truncated campaign?

“Well we hope to play, first of all. I think we are the only Power Five team that hasn’t played yet, so first and foremost we just want to get on the field,” the coach said earlier this week. “We want to see what we’ve got with these new players and obviously be competitive. We have some good things going for us on offense with very few new players and it being a veteran group. We expect to be productive on offense.

“We are always looking to win the (Pac-12) South and get to the championship game and then win that. So, that is our objective and we will see what happens. We have to start playing at some point and hopefully this is the week that we’re able to do that.” — Kyle Whittingham

BYU shows off its depth, 3-point shooting ability in 108-59 win over Westminster in season opener

“The key is also how quickly this defense can come around,” he continued. “We are always looking to win the (Pac-12) South and get to the championship game and then win that. So, that is our objective and we will see what happens. We have to start playing at some point and hopefully this is the week that we’re able to do that.”

Throughout the week, signs have been trending in a positive direction for the game to be played.

With health issues affecting Utah’s program, there have been questions about which players would be available. Last week, Whittingham said his team might have to rely on scout team players and walk-ons to play key roles. Whittingham said this week “that is becoming less and less the case.”

“We’re getting more back, both out of quarantine and also the active cases have run their course for the most part,” he said. “We still have a few that aren’t involved football-wise yet but they’re due to come out in the next few days. We’re in a much better spot right now than we were the last two weeks.

“We tried to do everything in our power the last couple of weeks to play but between the 53 available scholarship players and/or a position group being decimated, that knocked …read more