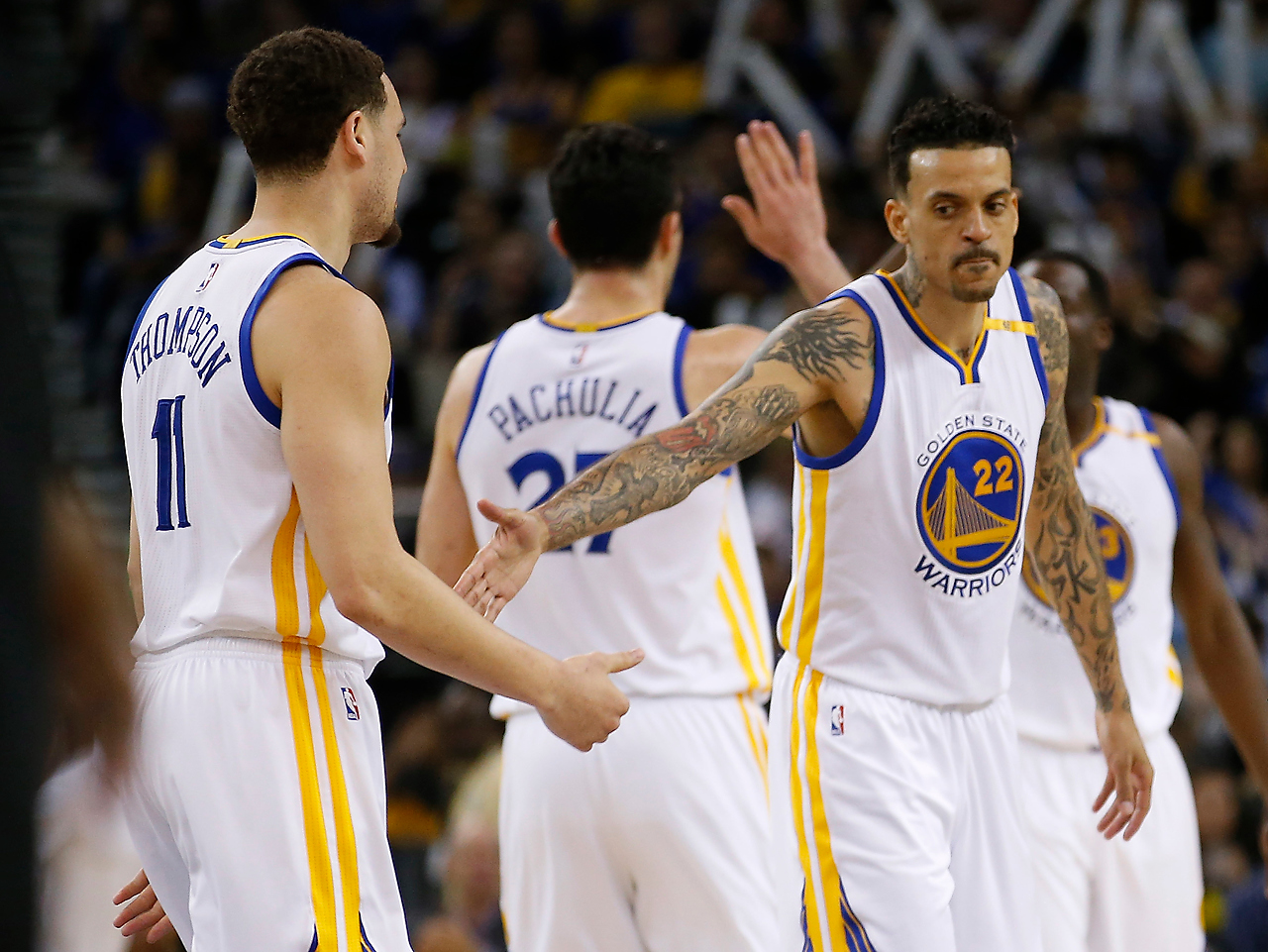 OK, maybe if you’ve seen his Twitter account, you’d beg to differ on the matter of depth, but the Lakers legend knows a championship contender when he sees one.

Johnson sees the Warriors, who expect to have Steph Curry, Klay Thompson and Draymond Green all healthy in 2021, as the Western Conference’s biggest threat to his Lakers, who just captured their first Larry O’Brien Trophy in a decade thanks to the all-world tandem of LeBron James and Anthony Davis.

“The Lakers still will be the team to beat,” Johnson opined Monday morning on ESPN’s First Take. “If Golden State is healthy — and I’m sure they’re gonna make a good move, I don’t know if they will keep that second pick or not — they will be the second team.”

Johnson didn’t even slot the LA Clippers — supposedly the shiny new contender heading into this last season — in the third slot after their playoff collapse. Instead, they’re fourth behind the Denver Nuggets, who came back from a 3-1 deficit to beat them in the Western Conference semifinals before losing in the next round to the Lakers.

That No. 2 overall draft pick Johnson referenced could be the Warriors’ biggest card to play in bolstering their roster ahead of next season, expected to start in January or February.

Two-time Warrior and onetime Laker Matt Barnes pointed to that pick last week on ESPN’s The Jump as he identified the Warriors as a top-three team in the 2021 Western Conference.

“Whether they decide to move the pick and maybe package it with a young talent in possibly Andrew Wiggins to steal a superstar from somewhere, but they’re very high on Andrew Wiggins,” Barnes said. “So I feel that the Warriors are going to be right back where they left off, definitely in championship contention next year now that they have everyone healthy.”

Barnes’ fellow Jump panelist Richard Jefferson, who played with the Warriors for parts of two seasons before their championship run, highlighted Golden State’s backcourt of Curry and Thompson as a top-three duo across the league. He said that even without Kevin Durant, the Warriors should be able to get back to their fast-paced offense that took the league by storm in 2015 and 2016.

“They won a championship and then won 73 games and lost in the Finals,” Jefferson said, referring to the 2016 NBA Finals his (and James’) Cleveland Cavaliers won over the Warriors.

“That’s the style of basketball that they’re going to go to, where it’s a more balanced attack. You’re going to have a ton of guys that are able to contribute around Steph and Klay.”

The prognostications will get old this offseason — Barnes and Jefferson spoke before the Lakers even sealed their title Sunday. But dreaming of a full-strength Warriors vs. Lakers showdown should have basketball fans licking their chops waiting for Opening Night 2021, whenever it is.