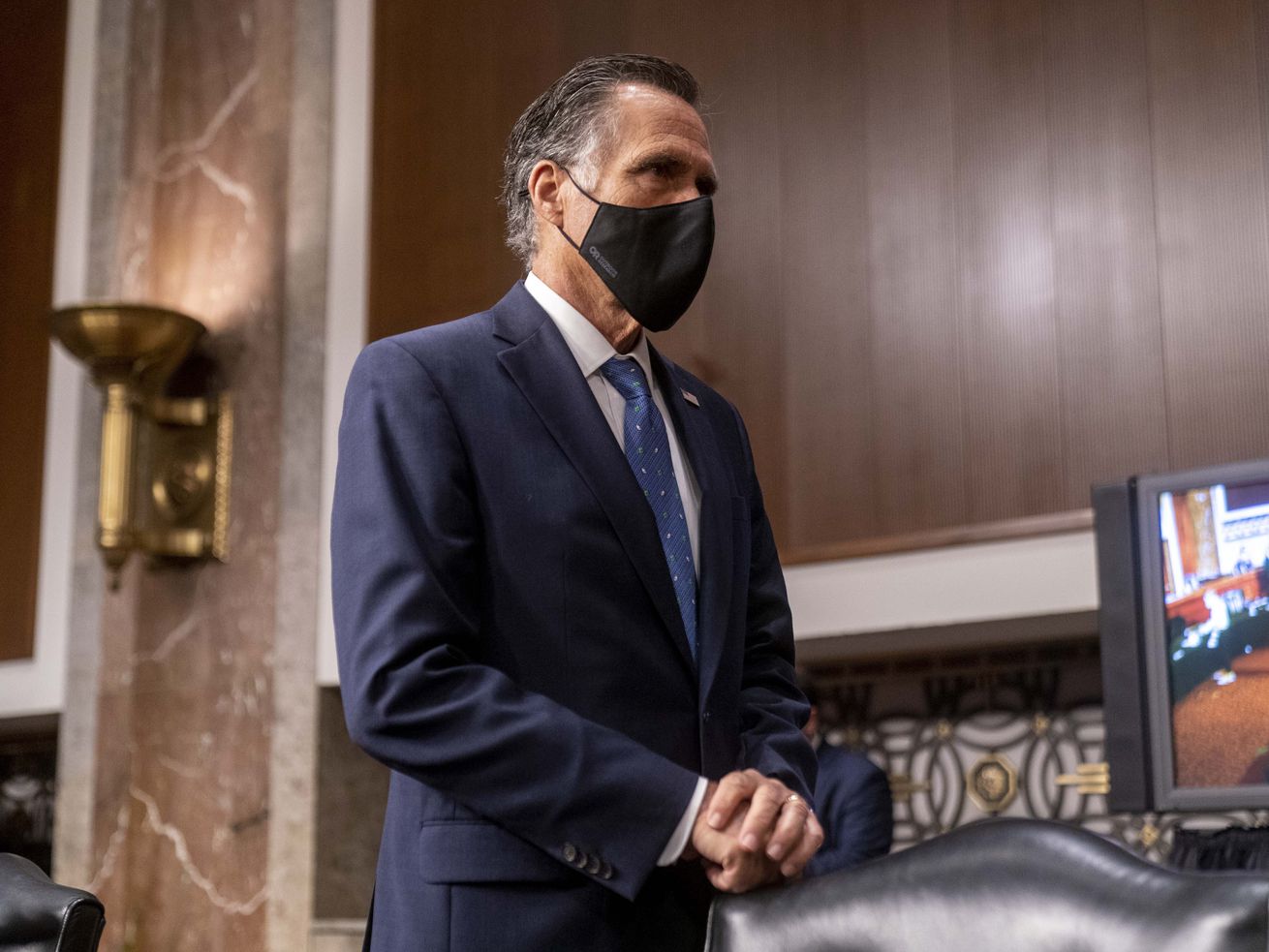 Sen. Mitt Romney, R-Utah, appears before the start of a Senate Homeland Security and Governmental Affairs & Senate Rules and Administration joint hearing on Capitol Hill in Washington on Tuesday, Feb. 23, 2021, to examine the Jan. 6 attack on the Capitol. | Andrew Harnik, Associated Press

“I’m happy if President Biden himself boycotts the Olympics in Beijing. I don’t want our athletes to suffer. They’ve planned their whole lives to be ready at this point for this competition, so I don’t want to do things that hurt our athletes,” he said.

Romney, R-Utah, made the comments Tuesday in an interview on The New York Times’ DealBook DC Policy Project.

Rep. John Kato, R-N.Y., sent a letter to Biden on Monday saying the United States must stand up to the Chinese government’s suspected human rights violations against the Uighurs, a Muslim ethnic group that has historically lived in China’s westernmost province

“The actions taken by the Chinese Communist Party are antithetical to the values of both the United States and its allies around the world,” Katko wrote. “Participation in an Olympics held in a country who is openly committing genocide not only undermines those shared values but casts a shadow on the promise for all those who seek free and just societies.”

Romney, who headed the 2002 Winter Games in Salt Lake City, said he’s working with Sen. Tim Kaine, D-Va., to show the United States’ displeasure with China related to the Olympics.

“We’re going to see if we can’t find some ways to make our concerns about China very, very clear without punishing our athletes,” he said.

Those would include encouraging Americans to not travel to China as spectators and framing media coverage in the U.S. to show what’s happening to the Uighurs and people in Hong Kong as part of the Olympics broadcast, Romney said.

“But actually penalizing our athletes, I think it’s kind of an unfair burden for them to have to carry,” he said.

While there was speculation last month the Summer Games in Tokyo would be canceled this year due to COVID-19, International Olympic Committee President Thomas Bach left no doubt that they will go on as scheduled.

Romney said those Games must also go on because of the athletes.

“Hold the Tokyo Olympic Games. Athletes have trained a lifetime to be at their peak. Limit in-person spectators — most of us watch the Games on TV anyway. The world awaits the inspiration of great competition and global sportsmanship,” he tweeted in January.

China, though, poses a more complicated political problem than COVID-19.

The Chinese Communist Party has allegedly subjected the Uighurs, who live primarily in Xinjiang province, to mass persecution, which could be genocide.

“Mr. President, the evidence is clear — the CCP is deliberately and systematically working to eliminate an entire population within its …read more