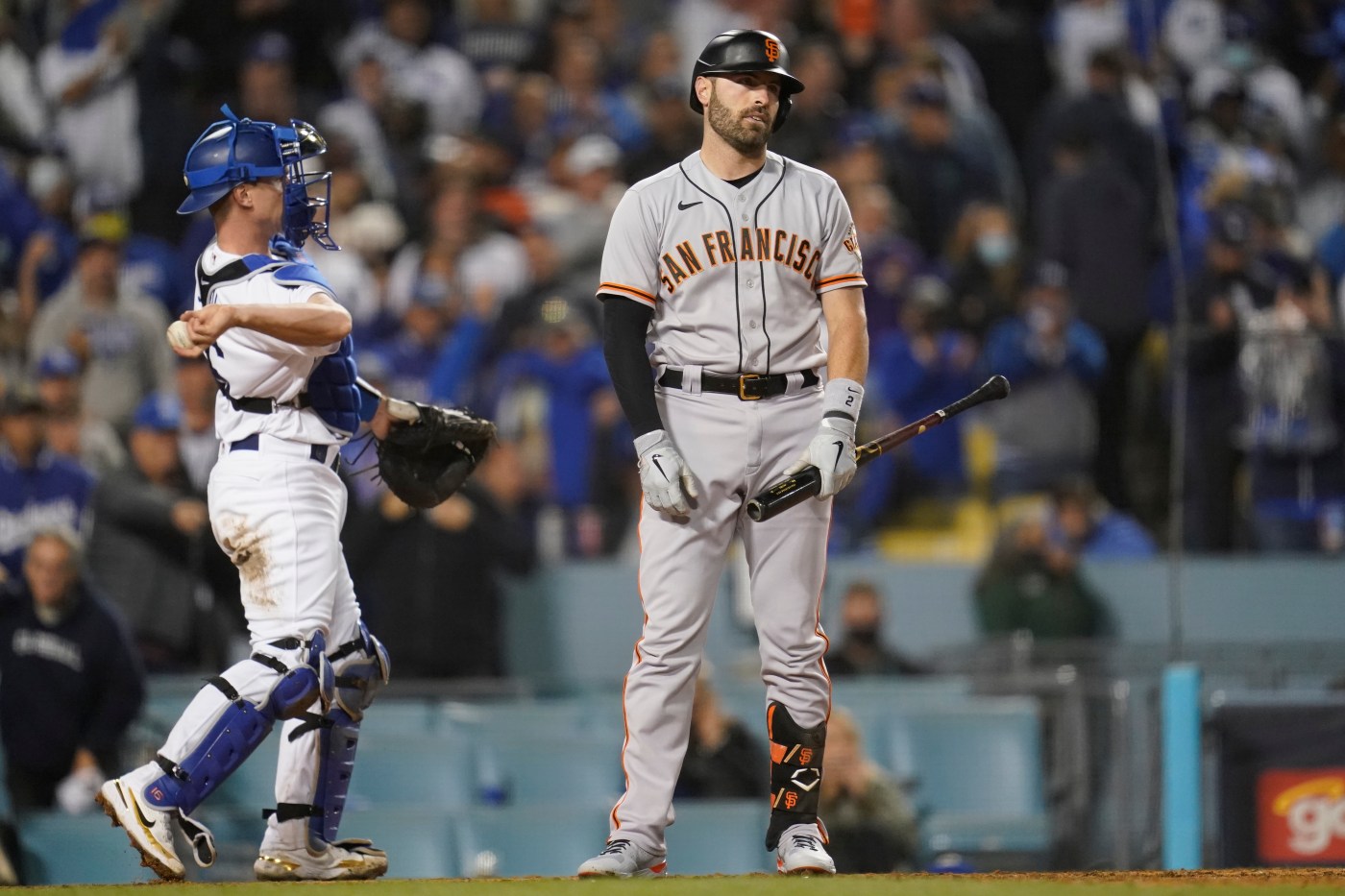 It was a bullpen game for the Giants in Game 4 of their NLDS against the Dodgers on Tuesday night at Dodger Stadium, just not the kind San Francisco is accustomed to.

Giants manager Gabe Kapler had to go to his record-setting bullpen early and often in a7-2 loss, using seven relievers after starter Anthony DeSclafani failed to get out of the second inning in the potential series-clinching game.

The Giants offense didn’t fair much better against Dodgers starter Walker Buehler, who was starting on three days’ rest for the first time in his career, and five LA relievers.

Now the series returns to San Francisco on Thursday night, with the winner facing the Atlanta Braves for the National League pennant.

Here are some highlights from Tuesday night’s post-game media session with manager Gabe Kapler and players Buster Posey and DeSclafani.

For Posey: Buster, you’ve obviously been part of a lot of must-win games in Giants history. How do you see this team and the way you feel that it will respond in such a situation on Thursday in Game 5?

Posey: Yeah, I mean, I feel like our team and the Dodgers team have both been playing meaningful games for awhile now. Obviously this one coming up on Thursday is the most meaningful to this point and it should be fun.

For Kapler: Could you sum up the going to a Game 5 now with a team that you have been so evenly matched with all season (the Giants won the season series 10-9 and finished one game ahead of the Dodgers in the NL West) and coming down the stretch?

Kapler: I definitely think that that’s what we’re going to get quickly. I don’t think we’re going to spend a lot of time dissecting as a team this game. I think we’re goingto get on the plane, have an off day, a real off day. We’ll schedule our workout for a little bit later. We’ll start getting ready for Game 5. (Game 1 starter Logan) Webb will start that game for us. We’re going to, he’sr eady for it and get the rest of the Club ready as well.

Roberts: This is what baseball wants. I mean, I think, as I understand, all the series are done and so we’re going to be the only show in town. So if you have a pulse or you’re a sports fan, you better be watching Dodgers-Giants. So it’s going to be a great one.

For Kapler: What did you see out of DeSclafani tonight and was it a command issue or just not having the same life to his pitches?

Kapler:  I think the Dodgers were taking good swings on him, that’s first and foremost. And we have seen the Dodgers take some good swings against DeSclafani in the past, and mostly …read more