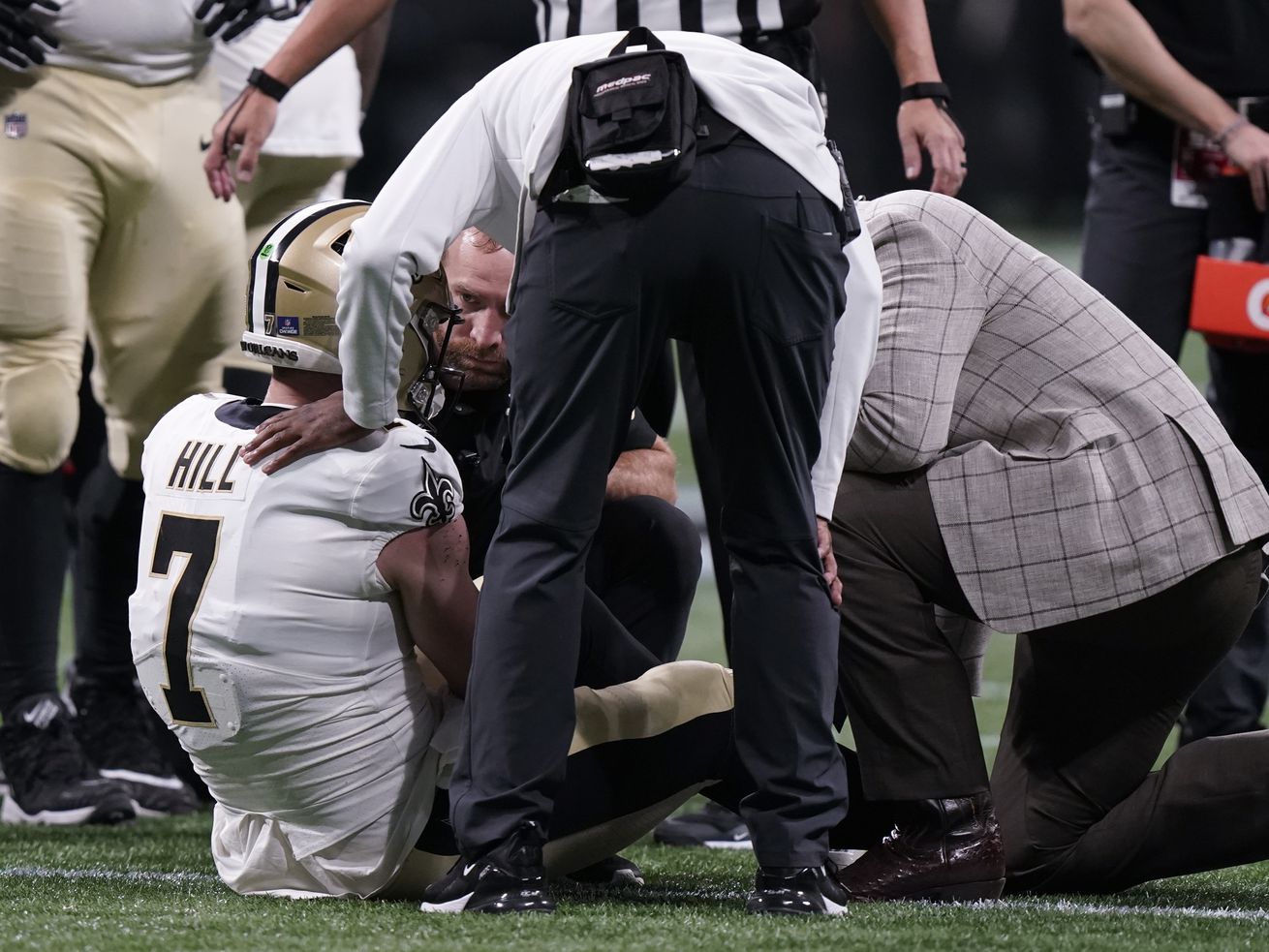 New Orleans Saints quarterback Taysom Hill (7) is helped after an injury against the Atlanta Falcons during the first half of an NFL game, Sunday, Jan. 9, 2022, in Atlanta. | Brynn Anderson, Associated Press

No timetable is set for the Saints quarterback’s return, coach Sean Payton says

Hill was hurt during the second quarter of the Saints’ season-ending 30-20 win over the Atlanta Falcons on Sunday. He completed 7 of 9 passes for 107 yards and a touchdown, while also rushing for 18 yards on five carries before exiting the game.

Payton said there is no timetable for Hill’s return, and that he will require a pair of surgeries, including a smaller follow-up surgery where doctors will remove hardware installed during the initial surgery to aid in the recovery process.

Hill suffered a Lisfranc injury to his right foot during his junior season at BYU during the team’s season opener against Nebraska and missed the rest of the season.

The American Journal of Sports Medicine outlined what kind of recovery time could lie ahead for Hill: “NFL players who underwent surgery to repair a Lisfranc injury missed an average of 10 games, though were sidelined an average of 11.6 months (because of recovery extending into the offseason).”

The Journal’s study also found that offensive players, like Hill, did not show a significant decline in either their career length or on-field performance after a Lisfranc injury, according to FanDuel.

Hill has dealt with a handful of injuries this season. They have included a concussion, a plantar fascia injury and also an injury to the middle finger on his throwing hand that he played through down the stretch.

He started five of the Saints’ final six games of the season — missing one game when he tested positive for COVID-19 — after initially losing a competition for the starting QB position to Jameis Winston, who was lost for the season at the end of October to a torn ACL.

Hill led the Saints to a 4-1 record as a starter this year and finished the season completing 58.2% of his passes for 978 yards, four touchdowns and five interceptions while also rushing for 374 yards and five touchdowns.

New Orleans went into Sunday needing a victory and a 49ers loss to qualify for the playoffs, which would have given Hill the opportunity to start a playoff game at quarterback for the first time if he weren’t injured. San Francisco rallied to beat the Los Angeles Rams, though, ending the Saints’ season despite their win.