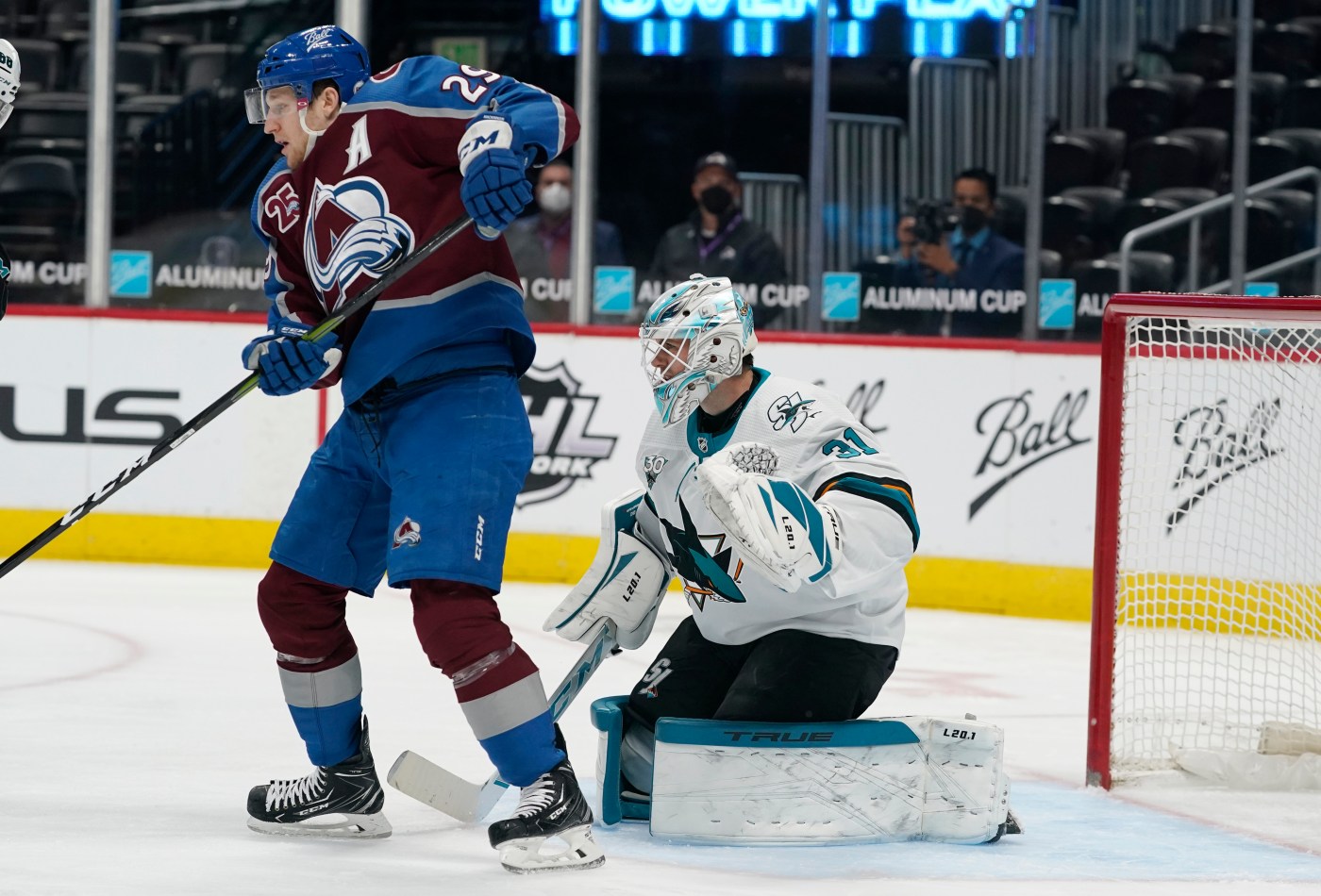 Few could have imagined Nathan McKinnon fighting Kevin Labanc on Friday night when the Colorado Avalanche hosted the San Jose Sharks at Ball Arena in Denver.

Then again, the Sharks have had some unusual suspects drop the gloves on occasion this season.

MacKinnon took exception to what he thought was a questionable forecheck by Labanc, as Avalanche defenseman Samuel Girard went awkwardly in the end boards with Labanc right behind him.

Girard was chasing down a puck that was sliding toward the Avalanche’s goal line on a potential icing play with Labanc in pursuit. Moments after icing was waved off, Labanc tried to lift Girard’s stick as he approached the puck, and Girard tried to stop as he braced himself for contact.

As he reached for the puck, Labanc collided with Girard, who went in feet first into the end boards.

“I just one went in hard on the forecheck, tried to get the puck,” Labanc said. “It happens. Got a little hit on him. Then MacKinnon came in and started sticking up for his teammate.”

Girard was shaken up as he remained on the ice after the puck was frozen by Colorado goalie Philipp Grubauer at the 9:38 mark of the third period. In that time, MacKinnon went right at Labanc, cross-checking him first before tying him up.

The two then dropped the gloves, with both players throwing a couple of punches with nothing landing. The fight ended with Labanc on the ice and MacKinnon holding onto him, having made his point.

“He was just going to make an honest play on a forecheck,” Sharks coach Bob Boughner said. “I thought that Girard pulled up a little bit and was trying to brace himself or stop before he got to the puck. Those 50/50 battles there, that’s a tough position to be in.

“So it wasn’t malicious by (Labanc) getting in there, but I think his response was great. He didn’t think twice about standing up for himself and we saw four other guys jumping in there. So it was good to see.”

Girard did not return to the game, which Colorado won 3-0.

Interestingly enough, MacKinnon’s 15-game point streak and run of 263 consecutive regular-season games with a shot came to an end. MacKinnon’s streak is a franchise record and was the longest active streak in the NHL.

“I just don’t want (MacKinnon) to get hurt doing it,” Bednar said. “He goes in, sticks up for a teammate, I come to expect that from him. He’s a highly competitive guy. He didn’t like the hit. I didn’t either. He’s on the ice and jumps in there and takes exception to it. To me, it’s always acceptable as long as he doesn’t get hurt doing it.”

Both players received five minutes for fighting, with MacKinnon given an extra two minutes for instigating.