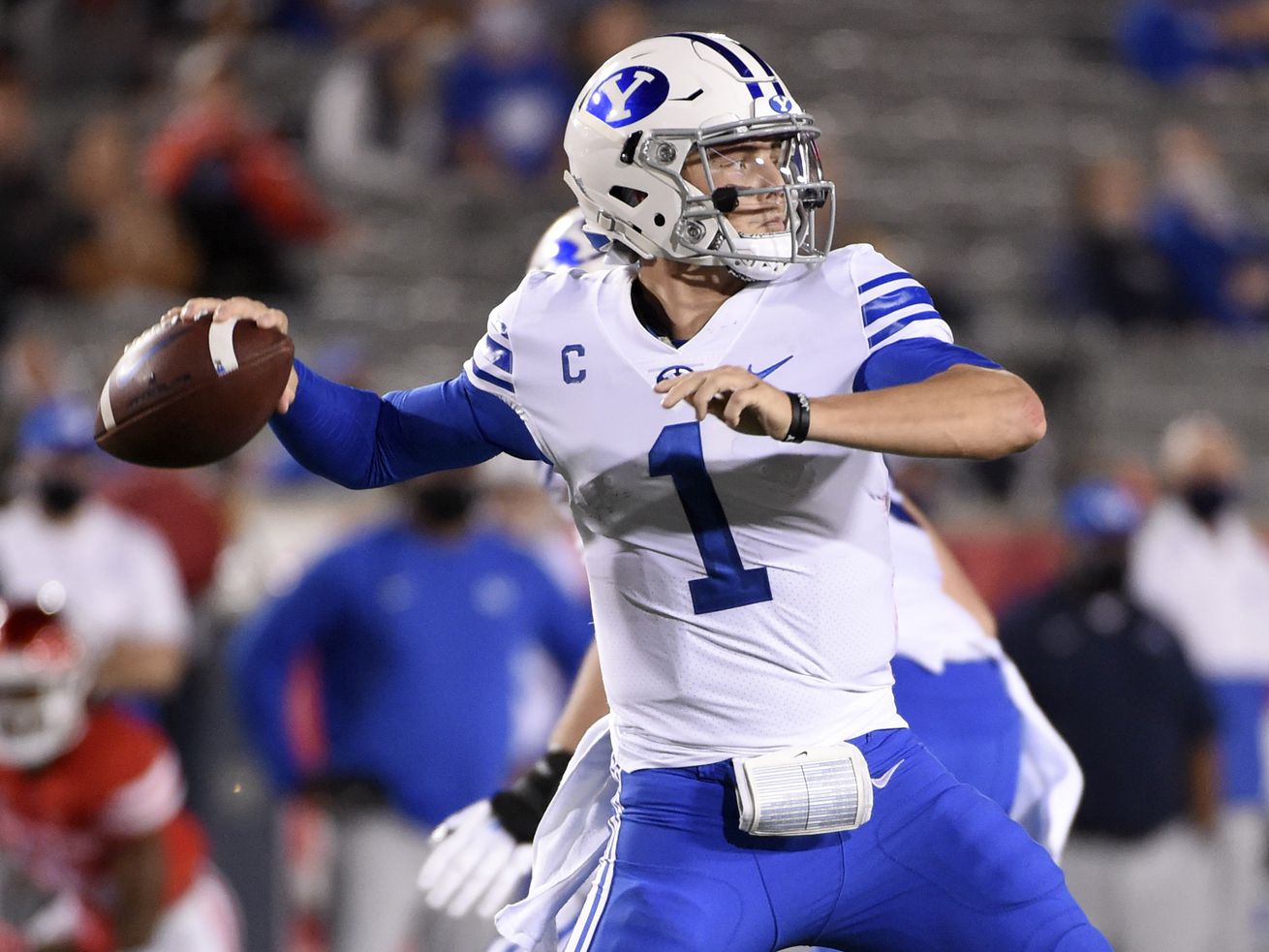 How does BYU stack up against the rest of the college football world?

It’s a difficult assessment to make, especially with four conferences, including Power Five leagues the Big Ten and Pac-12, still not playing in a season impacted greatly by the novel coronavirus pandemic.

Soon, though, there will be better answers as two leagues — the Big Ten and the Mountain West Conference — kick off play this weekend. Expect rankings — from how teams compare to Heisman hype — to shuffle as the Big Ten makes its official 2020 debut.

BYU, meanwhile, is coming off a critical victory, rallying to beat Houston 43-26 on the road. The victory lifted the Cougars to No. 12 in the latest Associated Press top 25 poll and tied for No. 11 in the Coaches poll. Opinions continue to vary from the national media on how to assess this Cougar team that is off to a 5-0 start.

Several national media members have the Cougars in their top 10 following week 7 of the college football season.

ESPN’s Chris Low, for example, put the Cougars at No. 9 in his latest rankings, one spot in front of the Pac-12’s Oregon. “BYU took its biggest step yet toward an unbeaten season with a 43-26 win at Houston on Friday night, and junior quarterback Zach Wilson took another step toward inserting his name squarely into the Heisman Trophy race,” Low wrote. “… BYU, averaging 43.6 points per game, still has its toughest games to come against Boise State (on the road) and San Diego State.”

Bleacher Report moved the Cougars up four spots in its latest rankings to No. 11 and just outside the top 10, like the national polls currently have BYU. Fox College Football’s Joel Klatt, though, put the Cougars at No. 10 this week.

Two national writers were even more bold, positioning the Cougars at No. 4 in the country — keep it mind some writers are including only teams that are currently playing in their rankings.

One of those is Sports Illustrated’s Pat Forde, who wrote, “BYU had it easy through its first four games, and then Houston made the Cougars work for this one. … The Cougars will be heavily favored in their next two games (Texas State and Western Kentucky) before facing Boise State Nov. 6. If the Cougars run the table, they will likely be the most argued-over team from a College Football Playoff perspective.”

The Athletic’s Bruce Feldman has also BYU at No. 4 in his latest top 10 rankings — he, too, only ranked teams who have played so far — praising Cougar quarterback Zach Wilson while …read more