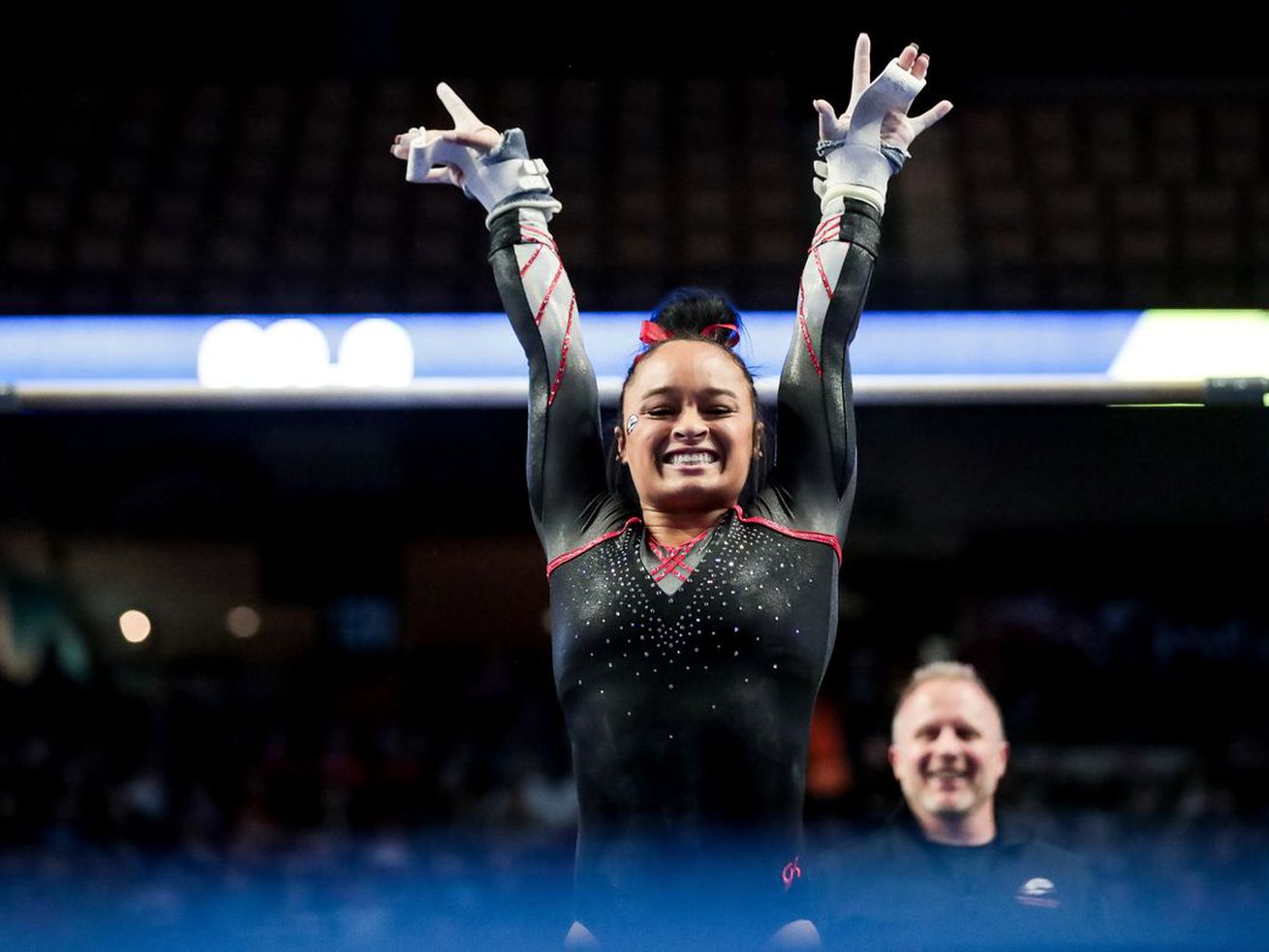 The NCAA women’s gymnastics season has arrived and for the four in-state programs that means one thing: A showdown at Maverik Center

Saturday night inside the Maverik Center in West Valley City, each of the four Division 1 programs in Utah — BYU, Southern Utah, Utah and Utah State — will kick off their campaigns in grand fashion: on podium at the Best of Utah.

“This will become one of the biggest gymnastics events in the country over the next couple years. It’s going to be a good meet. All four teams are very strong.” — SUU head coach Scott Bauman

It is a competition, a quad meet, that is still in its infancy. Last season was the first-ever Best of Utah. Due to the participation of BYU, SUU, Utah and USU, though, all of whom would have qualified for NCAA Regionals last year had COVID-19 not reared its head, the meet has the potential to become one of the nation’s premiere gymnastics events going forward.

“This will become one of the biggest gymnastics events in the country over the next couple years,” SUU head coach Scott Bauman said. “It’s going to be a good meet. All four teams are very strong.”

Here a few things to watch for on Saturday when the Cougars, Flippin’ Birds, Red Rocks and Aggies clash.

Utah
Spenser Heaps, Deseret News
Utah’s Maile O’Keefe competes on the floor during the Best of Utah gymnastics meet at the Maverik Center in West Valley City on Saturday, Jan. 11, 2020.

It is only fair that Utah comes first in any discussion about in-state gymnastics programs. Utah’s dominance against in-state competition cannot be overstated. The Red Rocks have ruled the state more absolutely than Louis XIV did 17th century France.

Here are the numbers:

• Utah leads BYU 100-2 in the all-time series and is undefeated on a neutral floor (26-0) against their rivals. If there is a legitimate dispute about a rivalry existing between Utah and BYU in any sport, it is gymnastics. That is how dominant the Red Rocks have been.

• Utah also holds a 25-0 mark in the all-time series over Southern Utah and has six wins over the Flippin’ Birds at a neutral site.

• And then, last but not least, Utah leads the all-time series against Utah State 90-3 and is 23-1 against the Aggies on a neutral floor.

Given their history against in-state competition, anything but a victory for Utah in the Best of Utah would be a complete and utter shock, which is why both the team and fanbase should and will be focused on other things during the meet.

What does the sophomore class do for an encore?

Last season was a coming out party for Utah’s now sophomore class, comprised of All-American’s Maile O’Keefe and …read more