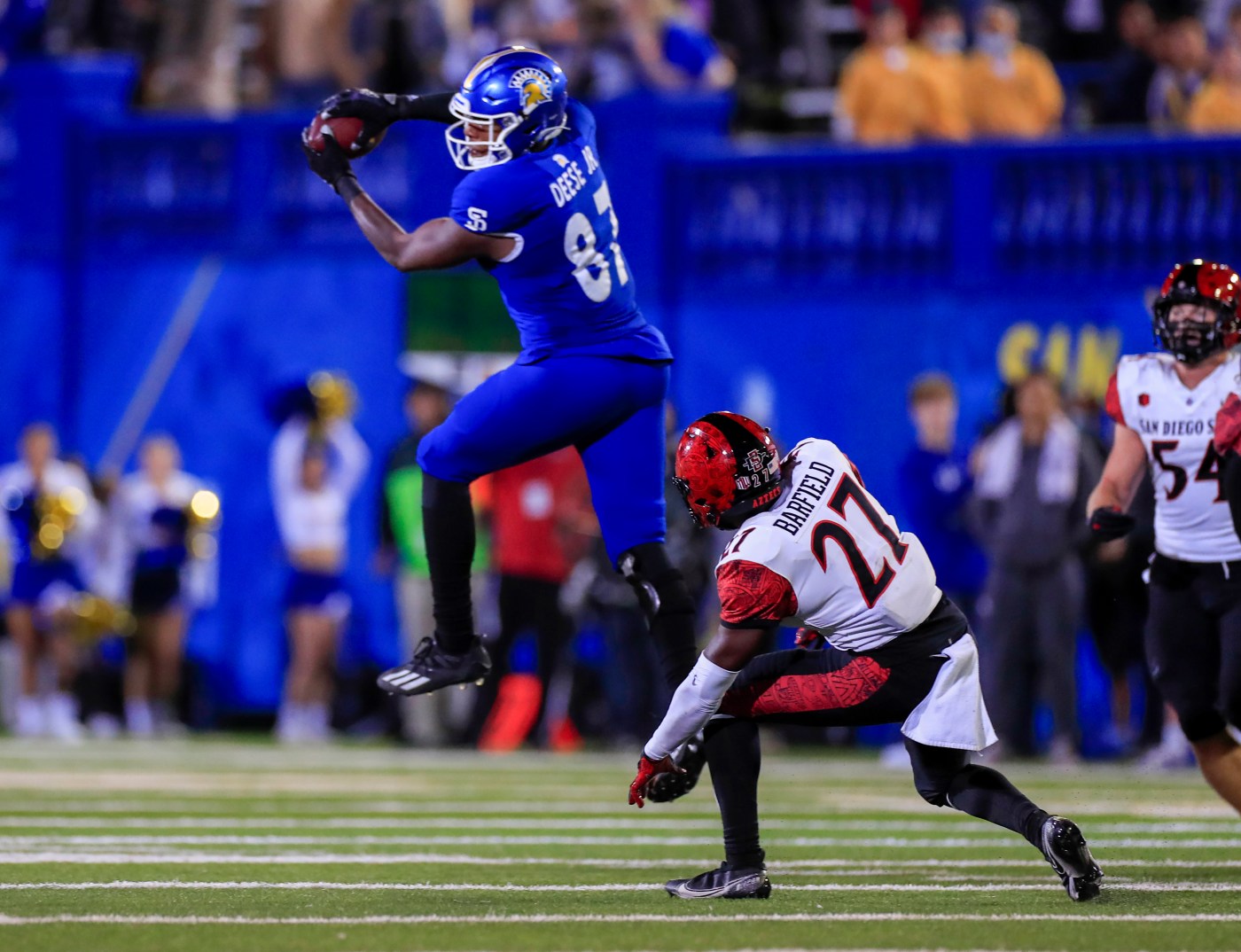 Series history: Fresno State leads the series, 42-38-3. San Jose State prevailed in the most recent meeting, 17-16, to close out the 2019 regular season. Last year’s game was canceled due to the COVID-19 pandemic. Since the Battle of the Valley Trophy was introduced the Spartans have won four of the past seven matchups. The rivalry dates to 1921, which is SJSU’s longest-running series at 83 games.

Storylines: San Jose State, playing on Thanksgiving for the first time since 1956, has no margin for error as it attempts to participate in back-to-back bowl games for the first time since 1986-87. … Fresno State is not out of contention for a Mountain West title as it travels to CEFCU Stadium to face last year’s conference champion. The Bulldogs need to win Thursday, then root for Boise State to defeat No. 22 San Diego State on Friday. … At least 19 seniors are scheduled to participate in Senior Day pregame activities. … Playing back-to-back home games for the only time this season, San Jose State has lost two of its past three games in front of its fans, including a 19-13 double-overtime slugfest with San Diego State.

Matchup to watch: San Jose State linebacker Kyle Harmon vs. Fresno State running backs Ronnie Rivers and Jordan Mims. The backfield for the Bulldogs hails from the Bay Area, with Rivers a product of Freedom High and Mims a graduate of Menlo-Atherton High. The duo combines for an average of 120 rushing yards per game and has found the end zone 12 times. Harmon ranks No. 2 in the nation in tackles with 122 and piled up a season-high 18 tackles during the recent 48-17 loss to Utah State.

Stats that matter: San Jose State quarterback Nick Starkel, who missed five games in October with what is believed to be a broken collarbone, has thrown at least one interception in each of the six games he’s played in. … Only once this season have the Spartans come out on top in the turnover battle. … San Jose State ranks last in the Mountain West in turnover margin and time of possession. … SJSU tight end Derrick Deese Jr. at 687 receiving yards ranks No. 3 in the nation at his position, but over the past two games only has eight catches for 53 yards. … Fresno State quarterback Jake Haener, a Pac-12 transfer from Washington who attended Monte Vista High in Danville, ranks No. 2 in the Mountain West in passing yards (3,467) and touchdowns (28).