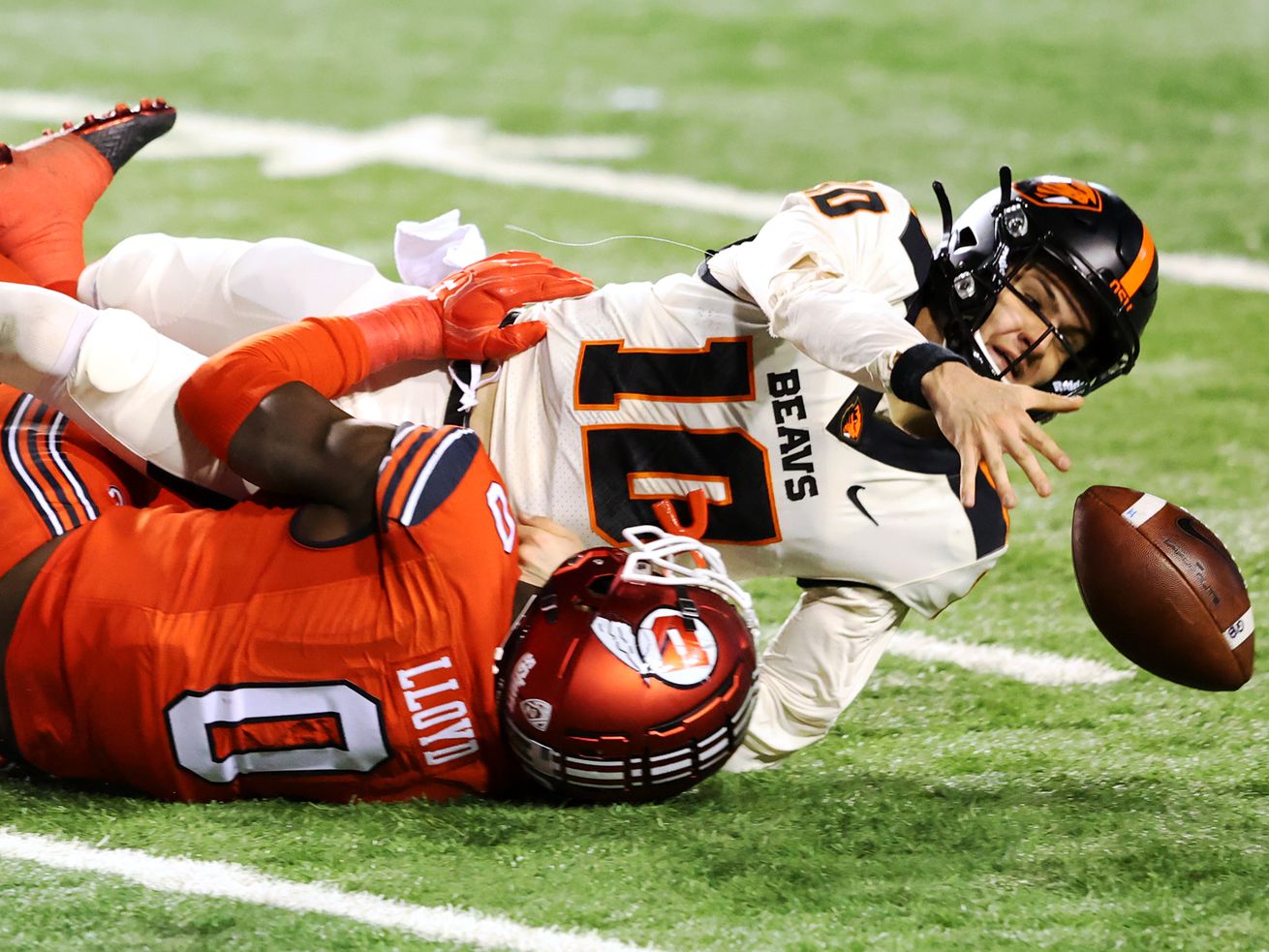 Linebacker Devin Lloyd seems like a no-brainer, but a couple other players appear to be solid candidates

As we head into the final week of July, Utah fans soon will be able to quench their thirst for competition and college football speculation.

The Red Rocks will be well-represented during the Olympics in Tokyo, which start Friday, although future Ute Kara Eaker, one of four alternates on Team USA, tested positive for COVID-19.

And next Tuesday, Pac-12 Football Media Day will be held in Los Angeles. It will be interesting to see where the Utes will be projected to finish in the Pac-12 and which players will receive preseason recognition. I’m expecting linebacker Devin Lloyd, wide receiver/return specialist Britain Covey and placekicker Jadon Redding to be among Utes to be honored.

Defensive coordinator Morgan Scalley recently received high praise for his ability as a recruiter in Texas.

In basketball news, DeMarlo Slocum, who was an assistant at Utah from 2011-19 and was largely responsible for successfully recruiting players like Kyle Kuzma and Delon Wright, is back with the Runnin’ Utes.

10.78: Best time recorded by new Utah commit Adarrius Harshaw in the 100 meters as a junior.

39: Holes played in an epic final match at Alpine Country Club at the 123rd Utah State Amateur, won by Martin Leon, who will be a redshirt freshman at Utah this fall.

How Martin Leon won the Utah State Am (Deseret News)

“With alternates and individuals, there are ten women that make this (Olympic gymnastics) team. Three of them are Utes. That’s incredible.”

“Living in Dallas for the last 13 years you get to see a ton of talent. I went and watched beloved Ute Ty Jordan play for Mesquite HS……..just a few miles from me. What is truly amazing is going to any Dallas public park and watch the hoops games……there are soooooo many guys that have Michael Jordan skills, but they mess up with life….jail, drugs, etc…..ya never see them in the bright lights. The thing about Scalley is two-fold…..He knows what it takes to develop kids …read more