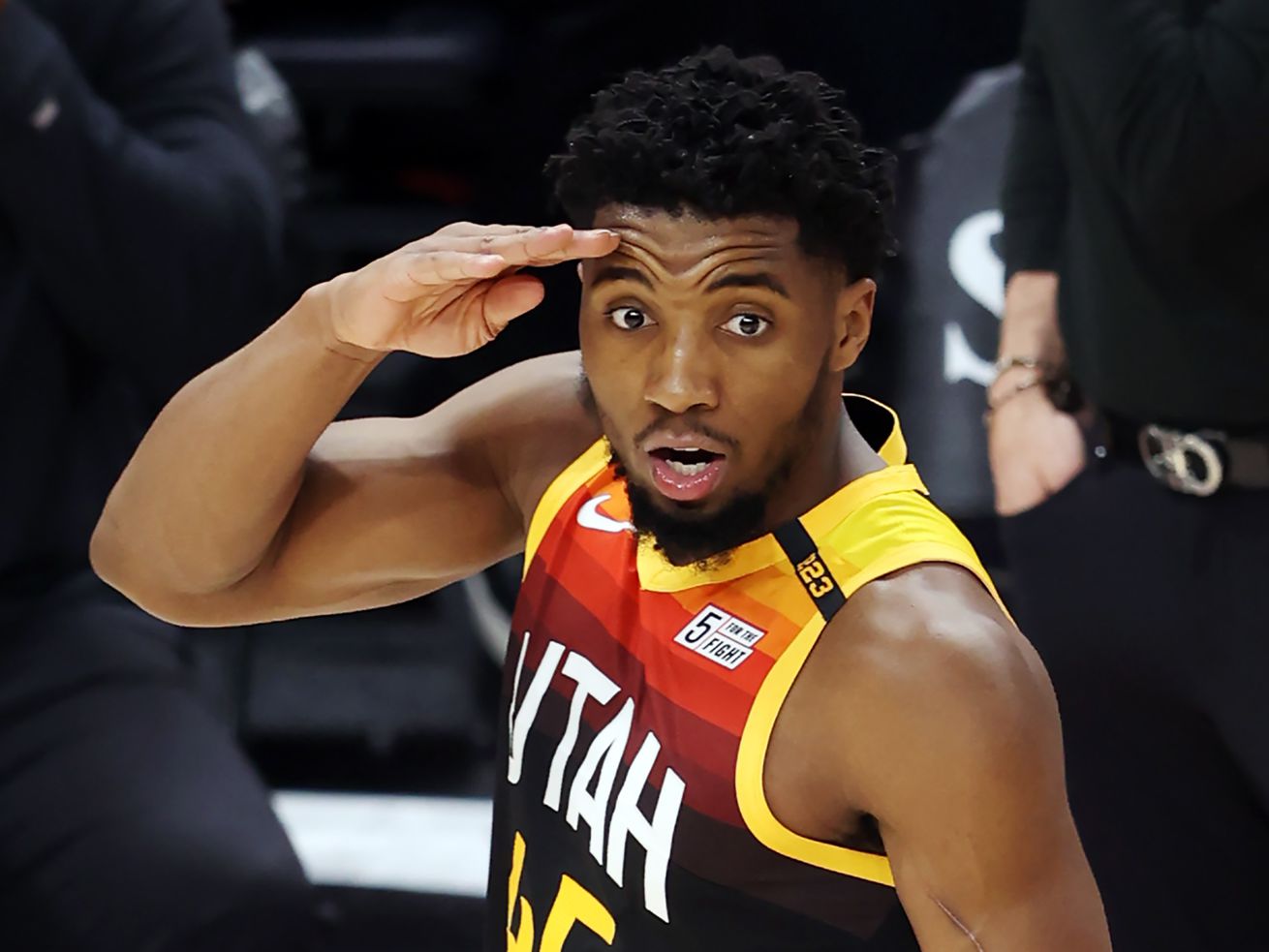 Having been named to his second consecutive All-Star game earlier this year, there’s no question that Utah Jazz guard Donovan Mitchell is one of the best players in the NBA right now.

But where does he rank in terms of future potential?

On Tuesday, ESPN published its annual list of the 25 best players in the league under the age of 25 based on future potential, and Mitchell came in at No. 4.

“The leading scorer on the NBA’s best team, Mitchell continues to make progress in his development from a volume scorer early in his career into a well-rounded offensive force,” wrote Kevin Pelton. “This season, he has taken a step forward both as a 3-point shooter (making a career-high 40% while attempting a career-high 8.6 triples per game) and as a playmaker (his assist rate is up nearly a third on a per-minute basis).

A consistent presence in the top 10 of these rankings since debuting, Mitchell goes out with his highest position in his final year of eligibility.”

Mitchell will turn 25 in September.

Luka Doncic (age 22) of the Dallas Mavericks topped the list, followed by Zion Williamson (age 20) of the New Orleans Pelicans and LaMelo Ball (age 19) of the Charlotte Hornets. Ball’s inclusion at that spot caught the ire of many on the internet Tuesday, but again, it’s a listing of the players with the best future potential, not the best players right now.

A number of Mitchell’s fellow All-Stars from this season finished below him.

Cleveland Cavaliers guard Collin Sexton concluded the list at No. 25.