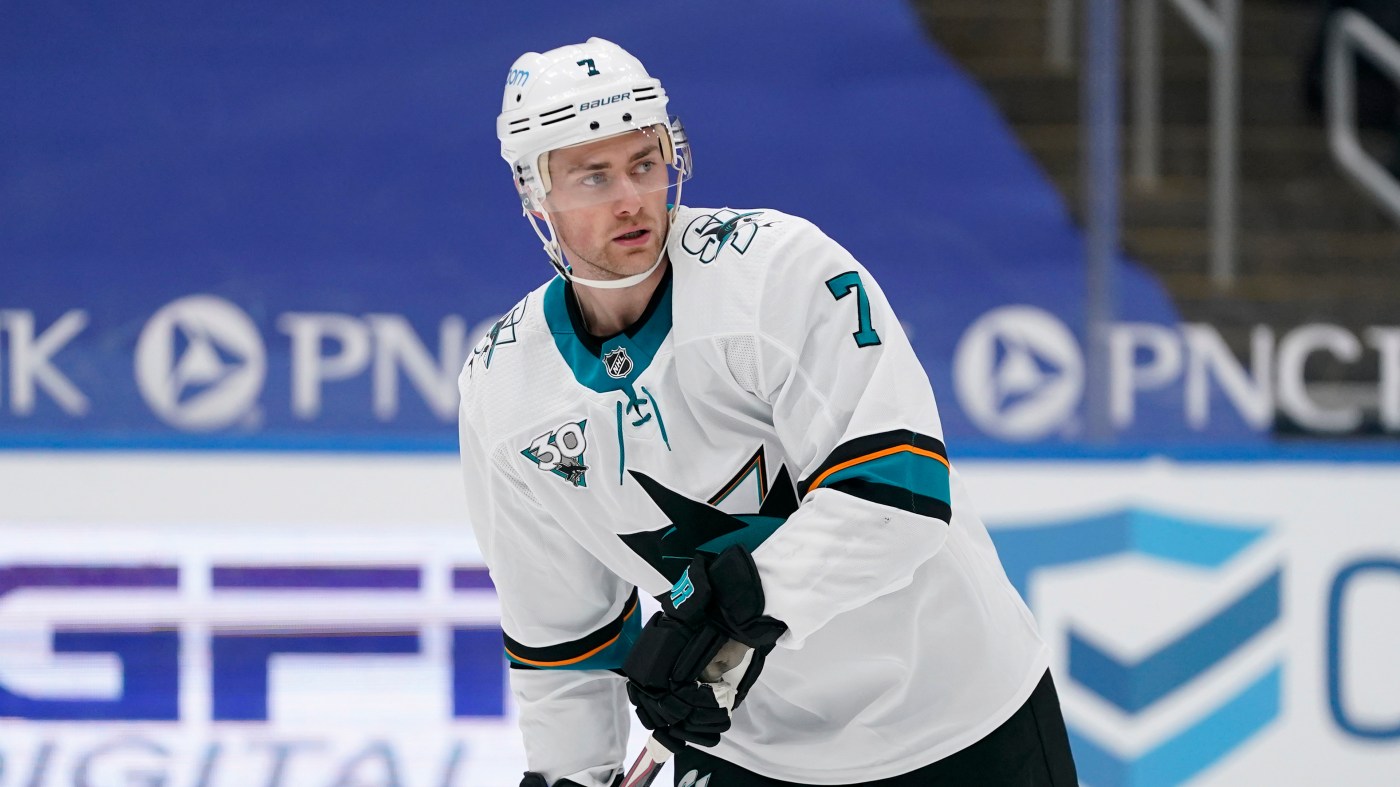 NHL teams have until 11 a.m. (PT) on Sunday to claim Gambrell, who played 99 games for the Sharks over the last two seasons. If he is unclaimed, the Sharks can assign him to the Barracuda of the AHL.

The move solidifies Jasper Weatherby’s chances of making the Sharks roster out of training camp as the team’s fourth-line center, as both he and Gambrell were vying for that spot throughout camp. Weatherby had two points in four preseason games and also spent some time on the power play. Gambrell had two points in two games.

Lane Pederson, acquired from Arizona this summer, also can play center, although he was recently moved to a spot on the wing.

The Sharks also claimed Jonah Gadjovich off of waivers on Thursday, further crowding the team’s forward pool. Of the 29 players that were on the Sharks’ roster as of Saturday, 18 were forwards, including Gambrell. Gadjovich is on the roster but it is not clear will he be able to join the Sharks in person.

Prior to picking up Gadjovich, Sharks coach Bob Boughner has said the team was likely going to keep 14 forwards to start the season. To get there. it’s possible the Sharks assign Adam Raska and Jeffrey Viel to the AHL and place Evander Kane on leave. Per an agreement with the team, Kane has stayed away from Sharks camp and there has been no indication that he will be with the team for the start of the season.

The Sharks host the Vegas Golden Knights on Saturday night in their final preseason game. Their first regular-season game is Oct. 16 at home against the Winnipeg Jets.

Gambrell, 25, was the Sharks’ second-round draft pick in 2016. He played 110 games for the Sharks over four seasons and was the team’s third-line center throughout most of last season.

Gambrell’s calling card was his play as a two-way forward, but he struggled offensively in the NHL. He had just 23 points in 110 games, including 12 last season as he averaged 16:02 of ice time.

To address their need at center, the Sharks signed Nick Bonino to a two-year contract in July and signed Weatherby to a two-year entry-level deal in August.