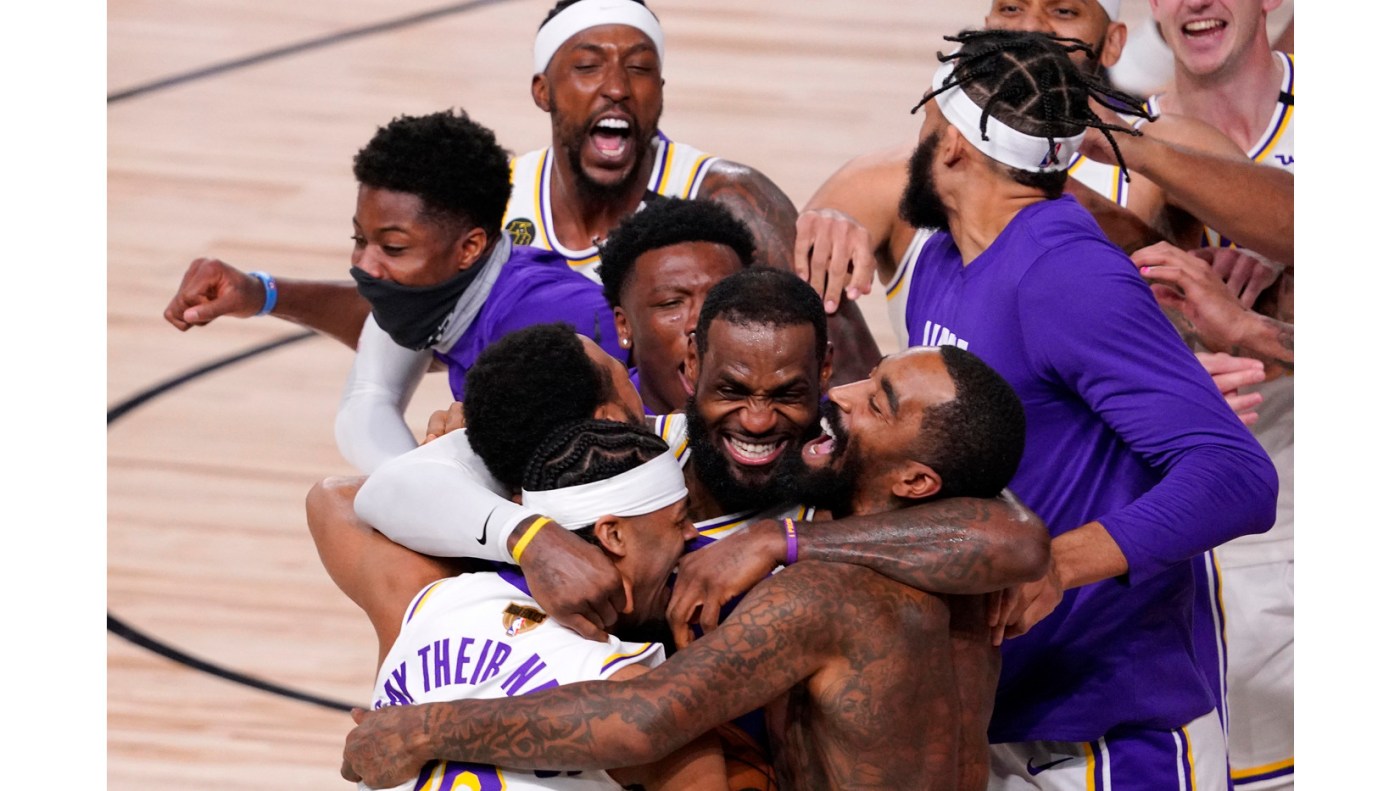 Remember the assumptions that took hold.

The Lakers were a couple of jigsaw pieces short. They had a new, fluid coaching staff, with Jason Kidd looming as a Plan B if Frank Vogel’s first months were shaky. They had two supreme players, but LeBron James was entering his 17th season and Anthony Davis’ connective tissue had failed him before. Kyle Kuzma would be challenged to shelve his offense and figure out a new game.

“This roster was put together overnight,” Vogel said. “But I’ve always believed in LeBron James. To see him every day is remarkable. If you think you know, you don’t know.”

Had anyone told you that the Lakers would win this NBA championship in a spruced-up high school gym in the scrubby terrain of central Florida, five weeks into an NFL season, in front of pixels disguised as people, and would do so without losing consecutive games in a four-series playoff run … well, there’s no star big enough upon to wish that.

It happened Sunday night when the Lakers respected the Miami Heat enough to play their best game in their last game, a mocking 106-93 victory in which they once led by 36. It ended the NBA Finals in six games, on Columbus Day Eve.

Kiszla: Drew Lock talks like gunslinger, but produces like game manager. That won’t cut it for Broncos in heated AFC West arms race.

“You were a defensive monster,” Vogel told the Lakers, as they passed around Lawrence F. O’Brien’s trophy.

“A lot of people didn’t think we could do it,” Alex Caruso said. “They didn’t think we had good enough role players, and that LeBron might be too old. People thought there were better teams in the West. We had to fight through the L.A. noise.”

The Lakers did it under lockdown, albeit a comfortable one. You can’t say this was the best of their 17 championship teams, but it overcame the most.

They did it through the general worldwide dispirit of 2020. There’s no use rehashing it except to say that, on Jan. 26, we all just knew that the year would be known for the loss of  Kobe Bryant. No one on earth would have savored this Game 6 like Bryant, who was unconditional, especially when it came to surrenders.

Miami suffered the aftereffects of Erik Spoelstra’s decision to use only seven players in Game 5. They were shanking layups from the beginning. The Lakers’ venom came out when they saw Miami’s fatigue. They outscored Miami 14-0 in the paint in the first half, outscored Miami 14-0 on fast breaks, and held the Heat to 34.2 percent shooting.

Miami’s offense was reduced to contortion. It was an awkward 22 for 42 in the paint. The Lakers eliminated all the comfortable catch-and-shoots, too. In the end, the Heat players looked like they were playing against Dad.

Bay Area TV Sports: What to watch on Wednesday-Thursday