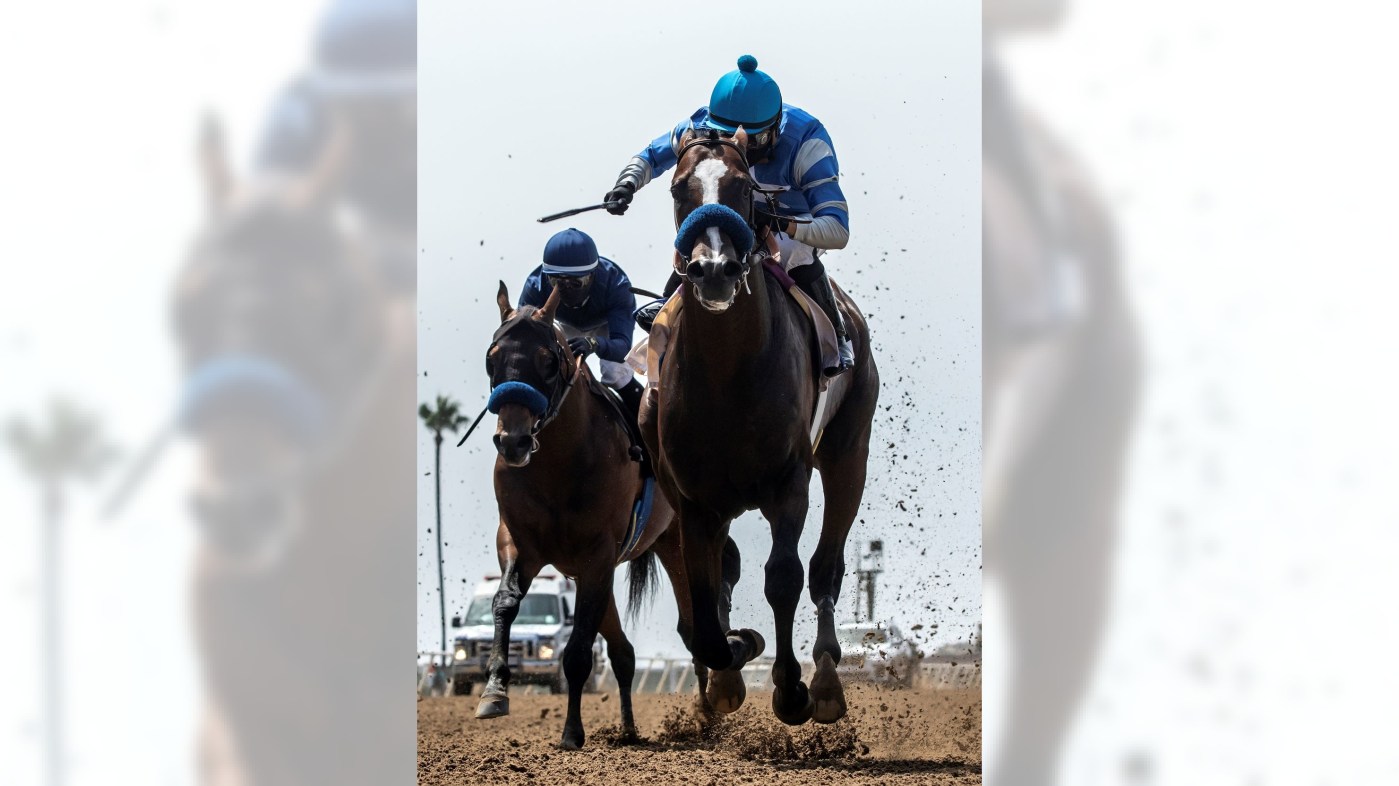 Since last year’s 2-year-olds began the long march to Churchill Downs, there have been several hundred thousand words devoted to Thousand Words.

The never-ending story gained a couple of chapters Saturday at Del Mar.

His victory in the mile-and-1/16th Shared Belief Stakes illustrates that a horse can disappear into, and emerge from, the stampede of 3-year-olds trained by Bob Baffert .

In March, he was a left-behind fourth in the San Felipe.

In April, he stumbled at the Oaklawn Stakes and beat only one horse in a 12-horse field.

In July, after a break, Thousand Words was a decent second to Uncle Chuck at the Los Alamitos Derby.

On Saturday, he hopped onto the lead and ignored two challenges from Honor A.P., the West Coast’s best hope to win the Kentucky Derby on Sept. 5.

They run for the roses in five weeks. Maybe Thousand Words can be the comeback kid.

“He got down here to Del Mar and it made a real difference,” Baffert said. “The real Thousand Words showed up today.”

Does that change the real Honor A.P.?

Probably not. He is built, and bred, for the Derby’s extra furlong-and-a-half.

He was a strong second to Authentic at the San Felipe, then, with one extra eighth-of-a-mile, blasted by Authentic in June.

But neither was this a warmup race for Honor A.P., and when a 1-to-5 favorite loses at any distance, people will talk.

Jockey Mike Smith had said he would keep Honor A.P. firing for two furlongs past the wire if the race itself wasn’t taxing.

Instead, Smith stood up in the irons when he crossed the line. It was a day of hard work and little fulfilment.

Smith said later that he needs to work Honor A.P. more often in the mornings, and more vigorously.

He also said, “A mile and a sixteenth is too short for him,” but it’s hard to assume he would have caught Thousand Words at Derby distance.

Honor A.P. sounds like a history course for brainiac kids, and he was definitely born on third base. He is in the first crop of foals sired by Honor Code, who won the Whitney and the Met Mile as a four-year-old in 2015.

His grandfather is A.P. Indy, who won the 1992 Santa Anita Derby and Belmont Stakes but is most celebrated for his progeny.

The children of A.P. Indy have won 88 stakes races, two Triple Crown races and a Kentucky Oaks, and Mineshaft was Horse of the Year. Thirty-nine of them have raced in a Breeders’ Cup, and their win rate overall was 12.5%.

A.P. Indy was the son of Seattle Slew and the dad of Rags to Riches. They all won the Belmont Stakes, the only three-generation line to do so.

“But a lot of the speed …read more

Is it wise for CU Buffs, CSU Rams to pursue football as COVID-19 rages? “The glory days of college athletics may be over.”