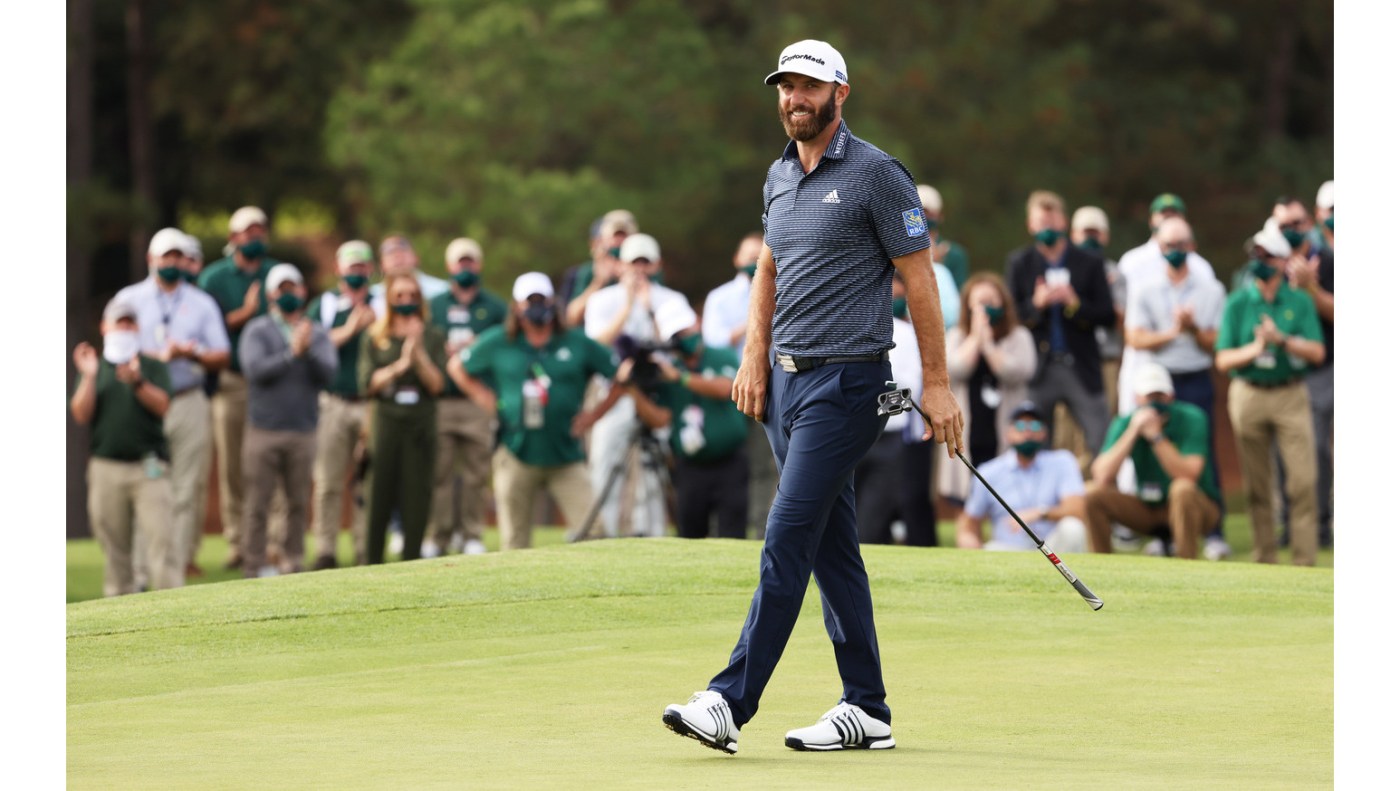 To paraphrase Duane Thomas, it was not the ultimate Masters. They’re planning another one in April.

Did Dustin Johnson play the ultimate Masters? Evidence lands on both sides. It’s one case of equivalence that isn’t false.

In shooting 20-under-par 268, Johnson seized the 72-hole record of 270 that Tiger Woods and Jordan Spieth shared. He also bested the present field by five strokes. No one had won a Masters by five or more since Woods’ frontier-breaking 12-shot romp in 1997.

Yet Woods’ victory, his first of five, still holds its place at the top. He was 18-under-par and runner-up Tom Kite was 6-under, which explained why Kite came off the 72nd green and said, “Well, I won my golf tournament.”

Prior to 1997, the best Masters belonged to Jack Nicklaus in 1965, when he shot a record 271, nine strokes clear of runners-up Arnold Palmer and Gary Player. The field averaged 74.032 that week, and Nicklaus emerged as the undisputed kahuna, as Woods did in 1997 and Johnson on Sunday.

Raymond Floyd took a torch to the place in 1976 and shot 271, beating Ben Crenshaw by eight and third-placers Nicklaus and Larry Ziegler by 11. It might have been a sizzling Masters if Floyd had lost his five-wood. But even then, the average score was 74.121.

But even if you drop Johnson behind all those, he won’t quibble. The trophy is the same as the one Nick Faldo took home in 1990 when he watched Scott Hoch shank a 3-footer.

When you go 11-under on the par-fives, and you have a Masters-record-low four bogeys and you three-putt only once, your life and your closet will change. “I think I look pretty good in green,” Johnson said, smiling in his size 42-long coat.

Johnson was a premier player before he got to Riviera Country Club for the 2017 Northern Trust Open, but that’s where he raised the stakes. He blitzed the field to lead by nine and won by five.

That was the first time Johnson reached No. 1 in the official world rankings, and it was the first of three consecutive victories that made him the prohibitive Masters favorite that year. Then he stumbled down the stairs at his rented home in Augusta and had to withdraw. In 2020, Johnson turned “then” into “now.”

In Johnson’s past six events he has finished first, second, third, sixth, second and first, playing through a COVID-19 quarantine in the process.

There were other winners in Augusta, and a few losers:

• Cameron Smith, the Aussie with the ever-incomplete Corey Perry mustache, shot 273. He and Sungjae Im delivered the lowest score ever by a runner-up. Smith’s belief and his touch might win a major someday, even without the artillery.

• Cameras on drones provided gorgeous aerial shots of Augusta National, as if it needed another dimension.