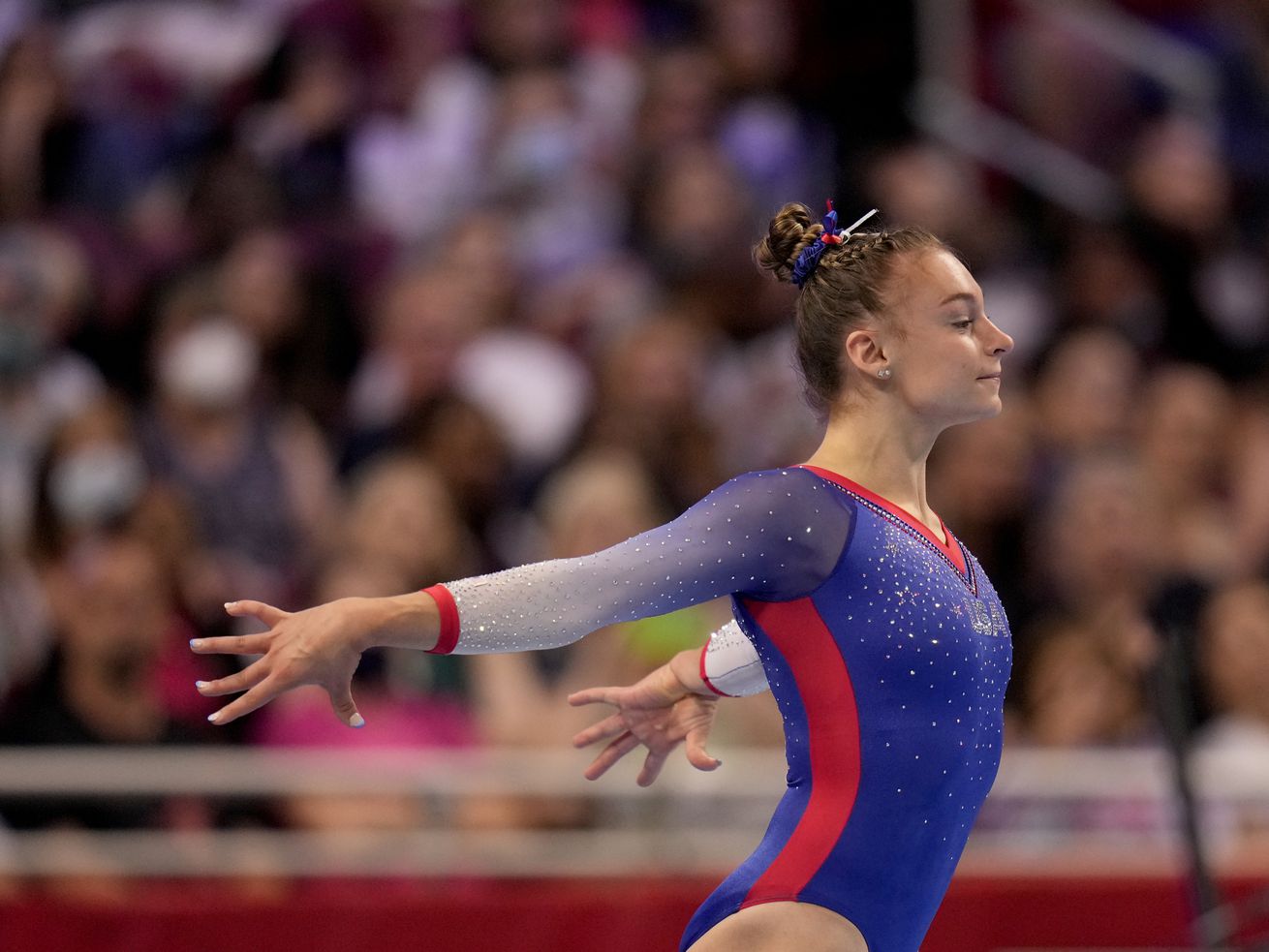 How she made the Olympic team

McCallum finished in fourth place at the U.S. Olympic Trials, behind only Simone Biles, Sunisa Lee and Jordan Chiles. She was selected as the fourth and final member of the 4-woman U.S. team that are the favorite to win the gold medal.

“Grace demonstrated consistency and resilience across both days of competition at the Olympic Trials, hitting all eight routines. In addition, her past international experience and success as a member of the 2018 and 2019 World Championship gold-medal teams contributed to the committee’s final decision.” — USA gymnastics

After the Olympics
McCallum will be attending the University of Utah and will compete for the women’s gymnastics team, which finished the last season ranked No. 3 in the country. McCallum signed a letter of intent on Nov. 11, 2020, along with U.S. Olympic alternate Kara Eaker.

So excited to officially be a Utah Ute! ❤️ https://t.co/n6iMrfsc9K

McCallum and Eaker are expected to make an immediate impact for the Red Rocks, who will be hoping to win their first national title since 1995.

“To have two athletes with (Olympic) experience, I think it bodes well for the overall confidence of the team going forward. In all reality, in my mind, they are the best of the best. I know the profile and legacy of this program and I knew about it when I came here. I know that we are a legendary program and I know I have been tasked to make it even more legendary. Having Grace and Kara, I don’t think it hurts.” — Utah head coach Tom Farden

Marvel Studios & Disney+ | SUPER BOWL 2021 | Promo
High school football: After struggling in 3A, South Summit is now back in 2A again and pegged as the 2A North region favorite
SHARES
ShareTweet