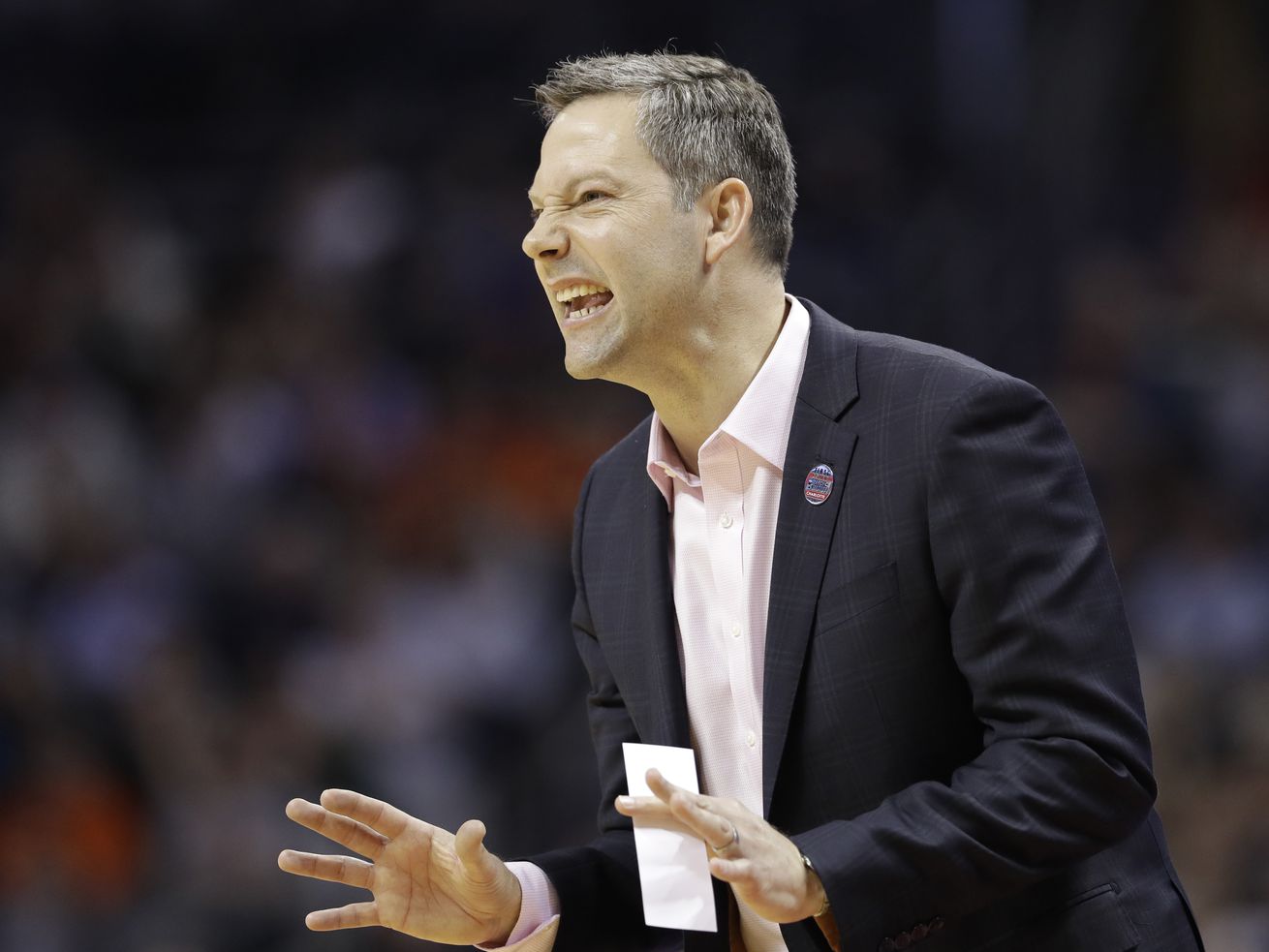 Ryan Odom has something on his resume that no other current or past college head coach has on his: An NCAA Tournament victory over a No. 1 seed while coaching a No. 16 seed.

But other than the University of Maryland, Baltimore County’s historic upset of Virginia in the 2018 NCAA Tournament, there’s probably not a whole lot that the average Utah State basketball fans knows about the Logan university’s new head coach.

Certainly, the last name rings a bell. Ryan Odom is, indeed, the son of longtime basketball coach Dave Odom, who won a total of 402 games over 22 seasons at Wake Forest, South Carolina and East Carolina and guided the Demon Deacons to the Elite Eight in the 1996 NCAA Tournament.

But having spent his entire 24-year coaching career at schools near the East Coast, the 46-year-old Ryan Odom is certainly a fresh face in the western United States. And yet, USU athletic director John Hartwell is confident that Odom is the right man to replace Craig Smith, who left for Utah after going 74-24 in his three seasons at the helm of the Aggies.

“We are beyond excited to announce Ryan Odom as Utah State’s new men’s basketball head coach,” Hartwell said in a statement released by the university Monday afternoon. “We had great interest from many qualified candidates, and Ryan quickly distinguished himself as the clear choice.

“Ryan has a proven track record of accomplishments with his student-athletes, both in the classroom and on the court, and we are confident he will continue to elevate the success of our Aggie basketball program.”

Odom comes to USU after going 97-60 over five seasons as the head coach at UMBC. The Retrievers played just 20 games in 2020-21, finishing 14-6 overall and tied for first place in the America East Conference. The Retrievers lost to UMass Lowell in semifinals of the AEC postseason tourney, 79-77, but Odom was named the conference coach of the year after guiding UMBC to its first first-place finish since 2007-08.

“My family and I are thrilled to be joining Utah State University and the Cache Valley community,” Odom said in a statement. “With President (Noelle) Cockett and Vice President John Hartwell, there is an outstanding foundation and great leadership, and I can’t tell you how excited we are to experience ‘The HURD,’ and build upon the storied history and recent success of Aggie basketball.”

Of course, the most significant win of Odom’s tenure — and arguably the biggest upset in the history of college basketball — was the Retrievers’ stunning 74-54 rout of Virginia, …read more