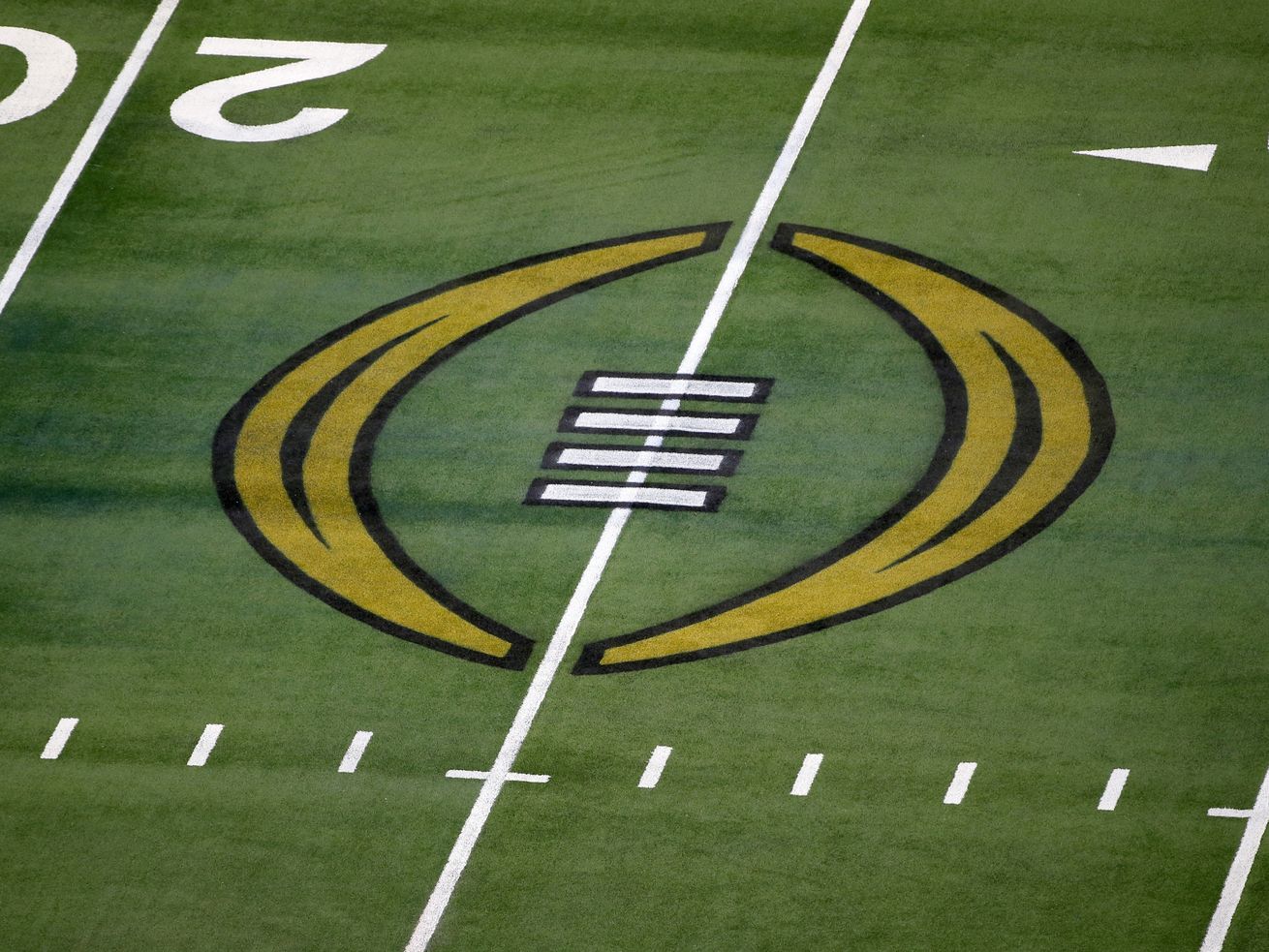 The College Football Playoff logo is shown on the field at AT&T Stadium before the Rose Bowl between Notre Dame and Alabama. | Roger Steinman, Associated Press

This week the people at the Pac-12 Conference, who are always trying to be helpful, announced their support for an expanded college football playoff, hours before Georgia and Alabama played in the national championship. They proposed any of six models for an expanded playoff.

This is the second time in a year the league has made this announcement — as if, they were saying, ahem, didn’t you hear us the first time?

“The Pac-12 is strongly in favor of CFP expansion,” the league wrote, “and we support all of the six most-discussed expansion models that would allow for expansion to occur in time for the final two years of the current CFP agreement.”

Well, duh, of course they’re in favor of CFP expansion; the Pac-12’s motivation behind this declaration is pretty transparent. There have been eight College Football Playoffs, or a total of 32 berths. The Pac-12 has filled only two of them — last among the Power Five conferences. Their last appearance occurred at the end of the 2016-17 season. Late in the 2021 season, it looked like Oregon would end the drought, having climbed to No. 3 in the national polls, but then Utah disabused (and abused) them of that notion, twice in 13 days.

The Chicago Bears interviewed Brian Daboll for their coaching vacancy. Here’s what to know about the Buffalo Bills offensive coordinator.

The Pac-12’s solution: If we can’t crack the top four, then let’s simply invite more teams — eight or even 12 — to the party.

The league doesn’t mention its motivation of course — the league’s struggles have been well covered in the media. But there it is: If you can’t get into a club, just make the club bigger. If they can’t win one of the three medals offered in the Olympics, well, then let’s hand out four medals.

Pac-12 officials are not wrong about playoff expansion, though. Everyone with a functioning brain and common sense knows the field needs to be expanded.

The Pac-12 supports a model that consists of an eight- or 12- team format, which would guarantee the league a place at the table no matter how poorly its teams performed. Only two Pac-12 teams finished in the final regular-season top 25 this season — Utah (No. 11) and Oregon (No. 14). Utah probably would have qualified for a 12-team field under the proposal that simply calls for the 12 best teams (but …read more

Marvel Studios & Disney+ | SUPER BOWL 2021 | Promo
Nuggets’ Davon Reed on LeBron James: “I had to get my revenge”
SHARES
ShareTweet