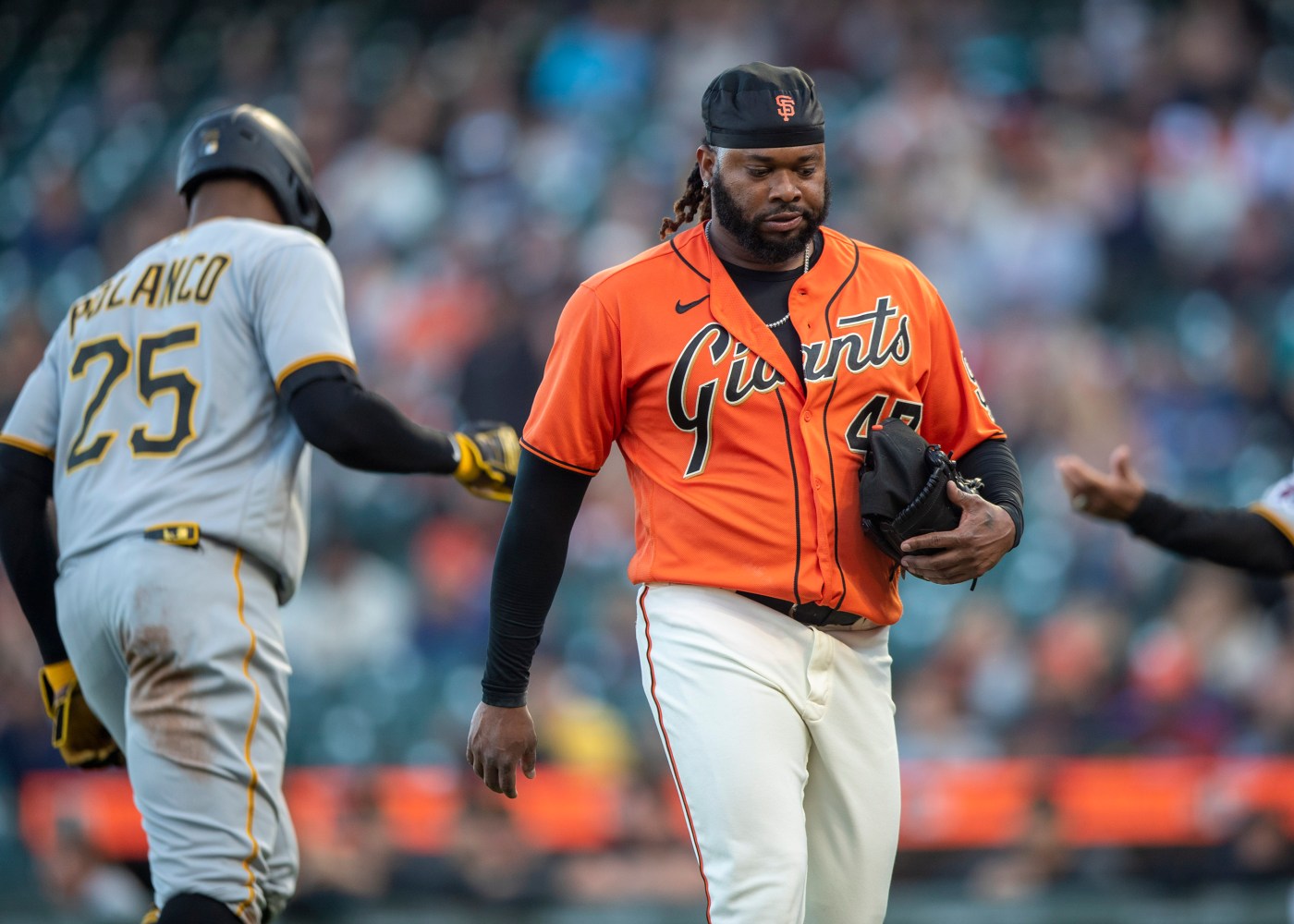 As he nears the end of a six-year, $130 million contract he signed with the Giants in December, 2015, Cueto has also dealt with an elbow injury and inconsistent command that ultimately kept him off the team’s NLDS roster.

When right-hander Anthony DeSclafani was lifted in the second inning of a 7-2 Game 4 NLDS loss on Tuesday, many Giants fans wondered why DeSclafani, who posted a 7.33 ERA against the Dodgers this season, was chosen to start instead of Cueto.

When a long list of Giants relievers proved ineffective in a defeat that set up a winner-take-all Game 5 on Thursday at Oracle Park, it was easy to see why having a pitcher such as Cueto who could be available in a long relief role could have been valuable for San Francisco.

NLDS: With Logan Webb starting, how does the SF Giants pitching staff set up for Game 5?

Instead of pitching meaningful innings for the Giants in their historic NLDS series against the Dodgers, the only activity Cueto participated in this week was taking pregame groundballs at middle infield positions during batting practice.

The Giants’ decision to leave Cueto off their NLDS roster drew understandable criticism from fans on social media, but the team ultimately had priorities beyond postseason experience in building its playoff pitching staff.

With MLB’s current playoff format, teams need no more than four starters during a postseason series. Cueto wasn’t viewed as a top-four option anyway, but the decision to choose DeSclafani ahead of him was made simple for the Giants when Cueto missed more than three weeks with a right elbow strain during September.

The veteran returned to the Giants during the final week of the regular season, but made his first career appearance out of the bullpen as he was not stretched out to throw more than 55-to-60 pitches.

Cueto fared okay over 2 1/3 innings against the Diamondbacks on September 30, but he faced one of the weakest offensive clubs …read more